The Centers for Disease Control and Prevention reported that overdose deaths among Native Americans rose 60 percent faster than they did for the rest of the nation from 1999 to 2015 – and that the disparity may be even higher than that. (Photo by ep_jhu/Creative Commons)

WASHINGTON – The opioid crisis has hit rural Native Americans significantly harder than any group in the nation, and the problem may be even worse because of racial misclassification on death certificates, federal data show.

A report by the Centers for Disease Control and Prevention said rural areas as a whole saw a 325 percent increase in overdose deaths between 1999 and 2015, but the death rate for Native Americans living in rural areas jumped 519 percent over the same period.

The disparity held true in urban areas as well, although the increases were not as steep: Overdose deaths in cities rose 198 percent, compared with 261 percent for Native Americans in cities, the report said.

The problem, experts say, has been compounded by a lack of facilities in tribal areas and a shortage of accessible federal funding.

“A lot of tribes were just not ready for this problem,” said Randy’l Teton, public affairs manager for the Shoshone-Bannock Tribe, noting that a lot of medical facilities on reservations did not have a system to reach out and help those suffering from opioid dependency.

“It’s a little overwhelming … you have a large amount of tribal members secretly popping pills,” she said. 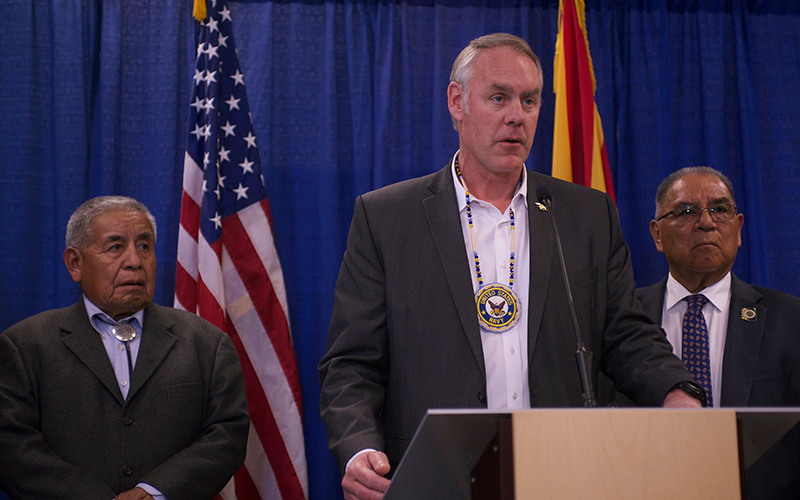 Tribes have historically had a hard time accessing money for health care, and that has played a major part in the severity of the epidemic for Native Americans, said Josh Pitre, senior policy analyst for the National Congress of American Indians.

“I think, you know, it’s rooted in some of the longstanding challenges we had in accessing health care opportunities,” he said. “Congress hasn’t always thought about Indian tribes when they’re looking at distributing money.”

Congress responded to the rising opioid epidemic in December 2016 with the 21st Century Cures Act, which provided $1 billion over two years to help states treat opioid addiction, administer life-saving drugs to those who have overdosed and keep people from getting addicted in the first place.

The bill did not give tribes direct access to that money, which tribal officials said increased the disparity in treatment between Native Americans and everyone else.

“Tribes being self-sufficient, sovereign nations, we just don’t have that money,” Teton said. And she said many tribal members don’t have jobs that provide medical insurance, leaving tribes scrambling to find funding for treatment.

Sam Moose, treasurer and area representative in Bemidji, Minnesota, for the National Indian Health Board, emphasized that shortfall of health care funding on reservations during testimony at a Senate hearing last week.

A previous version of this story misspelled the name of Josh Pitre, senior policy analyst for the National Congress of American Indians. The story here has been corrected, but clients who used an earlier version are asked to run the correction that can be found here.

In written testimony prepared for the Senate Committee on Indian Affairs, he pointed out that the Indian Health Service spends about $3,332 per patient compared with the national average of $9,207 per capita in health spending.

The IHS, an agency within the Department of Health and Human Services, is the principal federal health care provider and health advocate for Native Americans.

Moose also said in his written testimony that the lack of funding means tribal health facilities can’t afford more expensive therapies, leaving “both providers and patients in a Catch-22 that ultimately leads to more harm.”

Lawmakers have proposed changes to the 21st Century Cures Act for opioid and methadone addiction that would give tribes greater access to federal funding for overdose prevention and treatment, but those bills have yet to get hearings. NCAI said winning approval of those measures is one of their legislative priorities.

“Allowing tribes to have access to direct funding stemming from that grant would give tribes the opportunity to establish culturally relevant programs,” Pitre said. “I think that would be a huge win.”

In the meantime, tribes around the nation are scrambling to fix the problem with whatever money and resources they have on hand.

“It has to do with funding. We as the tribe are trying to figure it out,” Teton said.