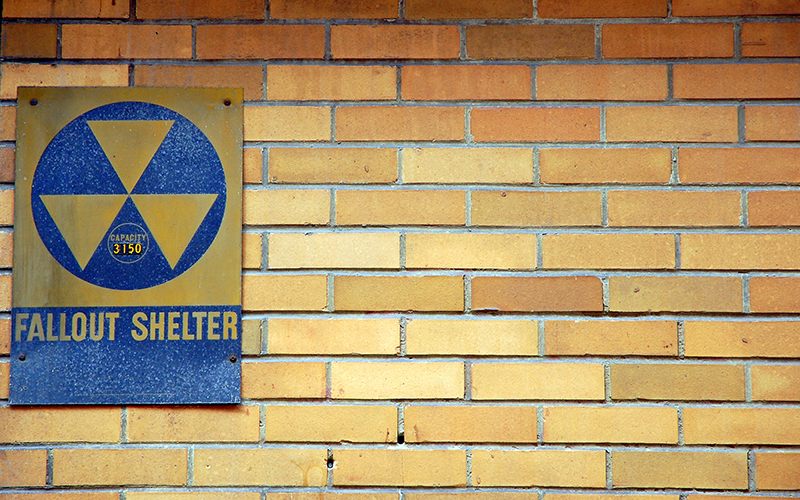 A Hawaii state worker accidentally sent a warning of an incoming ballistic missile attack Saturday, frightening residents for 38 minutes before it could be corrected. Arizona officials say safeguards will prevent a similar scare in the state. (Photo by Steve Snodgrass/Creative Commons)

WASHINGTON – Arizona emergency management officials said Tuesday they have safeguards in place that should prevent a false alarm like the one that rattled Hawaii residents, who received an erroneous report Saturday of a ballistic missile attack.

It takes more than one person in Arizona to trigger an alert like the one that caused widespread panic in Hawaii, where a state worker accidentally sent the attack warning to cellphones across the state. It took 38 minutes for Hawaiian officials to rescind that report, a Hawaii Emergency Management Agency statement said.

“You have to go through a conscious effort to do emergency protocols correctly, so many so that there really shouldn’t be room to have accidents,” said Maricopa County Emergency Services planner Mike Winters.

“We need to clear issues with supervisors and go through various levels of security before notifying a mass amount of people.”

Although they’re confident they can prevent a disaster scare, Arizona officials said they can’t prevent emergencies and they urged people to take the time now to prepare.

Judy Kioski, a spokeswoman for the Arizona Department of Emergency and Military Affairs, said there are steps residents can take that will help them, whether the emergency is flood, fire – or enemy missiles.

“It’s not necessarily a specific triggering event and a different methodology to solving it, it’s more adjusting our solution based on a general approach,” Kioski said. “Whether it’s nuclear or fire, we can build upon the plan we already have.”

Her agency recommends a four-step approach: identifying a family communication plan; creating an emergency kit with food, water and tools; understanding the hazards of the current emergency; and inspiring others to give aid and get certified by the state through its Crisis and Emergency Risk Communications classes.

Kioski pointed to the Arizona Emergency Information Network, which lists everything from surviving a flash flood to building a proper bunker. A proper emergency kit should have a weather radio, flashlights and portable batteries, and food and water for at least three days.

For those who want more than the basic kit, there are plenty of options. Warehouse retailer Costco, for example, has sold an emergency food kit for several years that, for $1,000, includes 6,200 cans of food with a shelf life of 25 years.

“When everyone has the necessary resources in place to survive an event, no matter what kind of major event it is, then the whole of the community will be better off,” Baker said. He said one emergency-preparedness advantage that Arizona enjoys is “solar more than ever.”

For Arizona residents, emergencies are much more likely to be natural than man-made. A Department of Emergency and Military Affairs report said that local threats, including flash floods, forest fires and monsoons, made up 162 of the 201 reported emergency declarations in the state since 1966. Only two declarations in that time were due to hazardous materials, such as radiation; the last was in March 1981.

Winters said residents should sign up for local alerts, but he and Kioski said people should be thinking about where they’re traveling as well as where they’re situated, to help them gauge the whole scale of the emergency.

“What works for Maricopa County maybe different than Coconino, because you are dealing with different climate and different disasters,” Kioski said. “Don’t just focus on where you live, but also where you travel.”

Nick Crossley, president of the International Association of Emergency Managers, said there are a range of ways to warn people besides text alerts, including sirens, broadcast alerts and media notices. He said what happened in Hawaii “was obviously unfortunate, but we are able to look at what policies and procedures allowed that to happen and how we can grow from there.”

Winters said his office often gets calls when North Korea’s nuclear ambitions are in the news, but they usually pass quickly.

“Every now and then, we get a handful of people who call whenever they hear North Korea proposing anything, but those calls typically only last a day, usually asking about fallout shelters and things of that nature,” said Winters, adding that that happened this week.

“For the most part we are dealing with more local threats, and haven’t noticed an influx of distressed callers.”