WASHINGTON – The global scale of the so-called Great Recession that began 10 years ago in the U.S. may have been illustrated best by the steep drop in remittances, or money that immigrants send to family back home.

“For the first time in recorded history, remittances to developing countries actually declined,” during the recession, said Dilip Ratha, lead economist for migration and remittances at the World Bank. He said that included “remittances from the United States, which is the largest source country for remittances in the world.”

Ratha said that remittances had risen every year since 1980, when the World Bank started tracking the data, through 2009 when they dropped sharply. Remittances leaving the U.S. fell almost 9 percent that year, from $55.5 billion in 2008 to $50.7 billion a year later.

Remittances have since rebounded and have now reached record highs. But when times were tough in the United States economy, it echoed in developing countries like Mexico, where those remittance dollars can go a long way, said Thomas Saenz.

“Remittances are important investment in a source country with lots of immigration and that can help create economic opportunity in Mexico.” said Saenz, president and general counsel of the Mexican American Legal Defense and Educational Fund.

The World Bank does not track numbers closely enough to say whether all the Mexican decline came from the U.S. drop, but Saenz said there is no question the two are linked.

“If economic conditions in the Great Recession are falling everywhere,” Saenz said, “It’s an impact that in some ways is compensated … some ways multiplied with what’s going on elsewhere.”

The drop was not just a U.S. phenomenon. Ratha said that remittances globally dropped from $330 billion to $325 billion in 2009. But while the global remittance market recovered the next year, the U.S. was much slower to climb back to previous levels.

“Remittances did not recover to the $55 billion from 2008 until 2013,” Ratha said. “That was because of the prolonged nature of the recession in the United States.”

While remittances fell, it was a minor impact compared to other parts of the U.S. economy. Ratha said that while the percentage drop in remittances was in the single digits, for example, general foreign investment fell 40 percent during the recession. 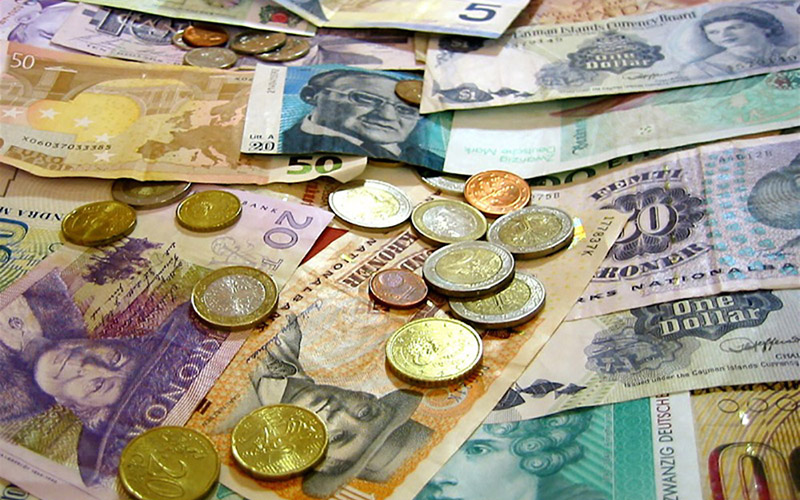 After dropping from $55 billion to $50 billion one year into the recession, remittances from the U.S. – money immigrants here send back home – has soared past pre-recession levels, to reach $66 billion in 2016. (Photo by Philip Brewer/Creative Commons)

Ratha attributes the difference to the personal connection that remittance payments carry. He says that regardless of the financial climate, immigrants will make sacrifices for their families back home.

“Migrants, even if they lost their jobs or their incomes fell because of the recession they wanted to continue to help,” he said. “Sometimes they did that by cutting their own consumption.”

Ratha said that immigrants also realized the value of money that they were providing friends and family back home.

“If you skip one meal here, you will feed 10 people over there,” Ratha said. He said immigrants often “tried to act like a stabilizer, the insurance company that continues to provide funding” back home.

Today, remittances from the U.S. have soared past pre-recession levels, to $66 billion in 2016, the most recent numbers available from the World Bank. Ratha credits the improving economy, but also a drop in the cost of sending money.

“We have been seeing a major sort of drop in the cost of sending money, and new technologies coming into the remittance market around 2012, 2013, and a lot more users of internet-based channels,” he said.

While remittances are growing now, Saenz and Ratha say the next drop could be driven either by an economic downturn or by policy decisions in Washington. Both point to proposals to levy a tax on remittances to raise funds for border security, among other measures.

Saenz said that could boost costs for immigrants and drive the process underground – and ultimately could backfire on those who oppose greater immigration, he said.

“If you have an artificial reduction in the flow … it could mean eliminating economic opportunity and could mean even more folks migrating to the United States,” he said.