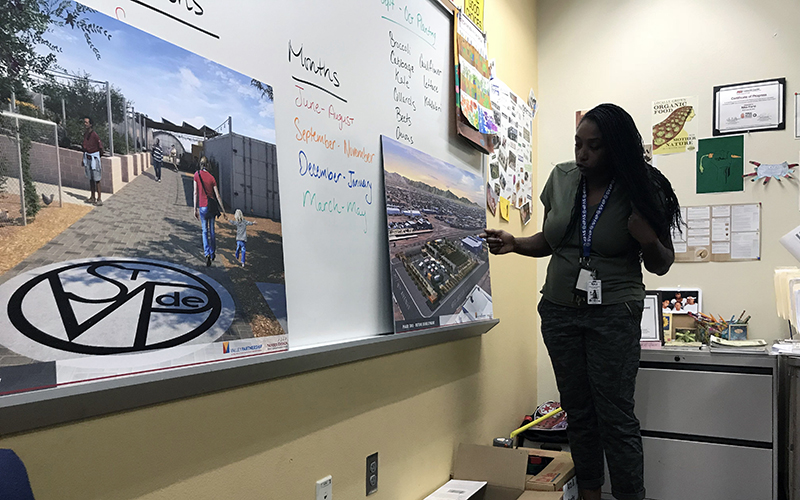 Nika Forte, the urban farm program coordinator at St. Vincent de Paul in Phoenix, said she will use the farm as a teaching tool for homeless volunteers to obtain jobs. (Photo by Samantha Pouls/Cronkite News)

PHOENIX – When the officials at the Society of St. Vincent de Paul in Phoenix found out they won a quarter million-dollar grant to improve their urban farm, they already had a plan to install an irrigation system, plant fruit trees and add shade to extend the growing season.

Those improvements will help the nonprofit provide more fresh fruits and vegetables from the 1-acre farm to food boxes for needy families and to the organization’s downtown Phoenix kitchen, which serves hundreds of meals each day. 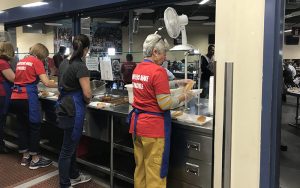 But Nika Forte, the group’s urban farm coordinator, didn’t want to stop there. The plans also include transforming the garden into a learning space so they can teach both the children who take classes at the nonprofit and provide skills to the adults who use St. Vincent’s services.

St. Vincent’s has operated the farm for several years – growing crops such as beets, radishes and tomatoes – without chemicals.

“Before we didn’t have a classroom out there,” Forte said. “The space was just a regular old farm space.”

St. Vincent will use funds from the Valley Partnership Community Project award to renovate the farm.

Forte started the Jr. Master Gardener Program last April. Homeschooled children between the ages of 5 and 16 can participate and learn things such as environmental awareness and community engagement.

The program means a lot to Forte, who decorated her wall with pictures of program activities. She is teaching in most of them, and there’s a huge smile on the students’ faces.

Forte said she started the program after realizing that many students came to the facility to volunteer. “And while that’s awesome, I wanted to give something back to them for their service,” she said. 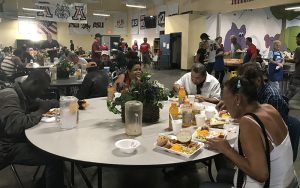 Forte said the group chose some of the items included in the renovations, including chickens.

The garden’s new outdoor classrooms will give the program more space.

The nonprofit also will use the classroom for its apprenticeship program, which helps the homeless transition back into society.

In 2017, officials and volunteers identified more than 5,600 people experiencing homelessness in the Phoenix area, according to the Maricopa Association of Government’s Point-In-Time Homeless Count.

Forte said the goal of the program is to transition the homeless volunteers out of the farm and into sustainable lives.

“If we’re going to have them in the farm volunteering, then we can at least give them the skills they need to get a job,” she said.

St. Vincent’s will team up with farms and nurseries throughout Arizona to employ some of the farm’s volunteers, who must work in the garden for at least three months and maintain a specific amount of hours.

“Having a meal, and a wholesome meal, helps these people get out and go to work,” Bucklay said. “It helps out the community so that people who live here don’t have to go through the garbage.”

St. Vincent’s has two urban gardens on its Jackson Street campus, but the grant will only fund renovations for one garden. Forte said they still need to renovate the second garden, but they will need about $250,000 to do so.

While plans for the second lot are not finalized, officials said they hope to create an area for a local farmer’s market and more teaching tools – such as a pond for fish and soil-less plant beds – for the gardener and apprenticeship programs.