Esmeralda Garcia, a 20-year-old DACA recipient, went to LUCHA for help with her renewal. (Photo by Fortesa Latifi/Cronkite News)

Daniela Benitez, a DACA recipient who started volunteering at LUCHA after they helped her with her own DACA paperwork. (Photo by Fortesa Latifi/Cronkite News 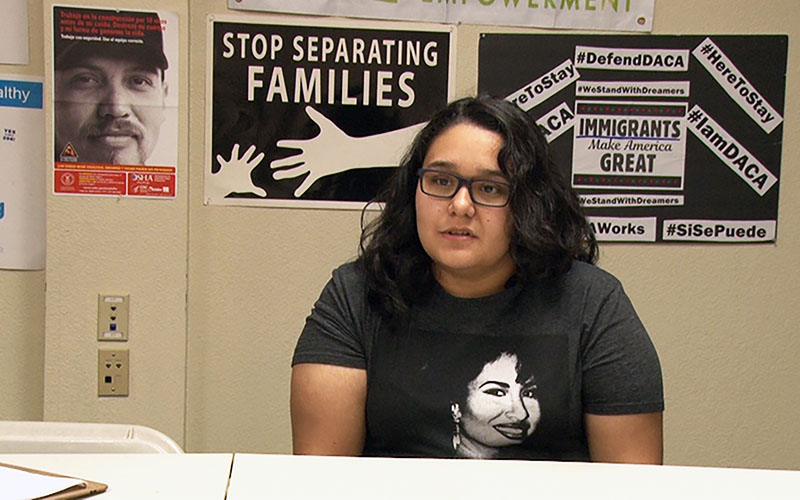 Jazmin Munez, a volunteer at LUCHA. She isn’t a DACA recipient, but her sister is. (Photo by Fortesa Latifi/Cronkite News) 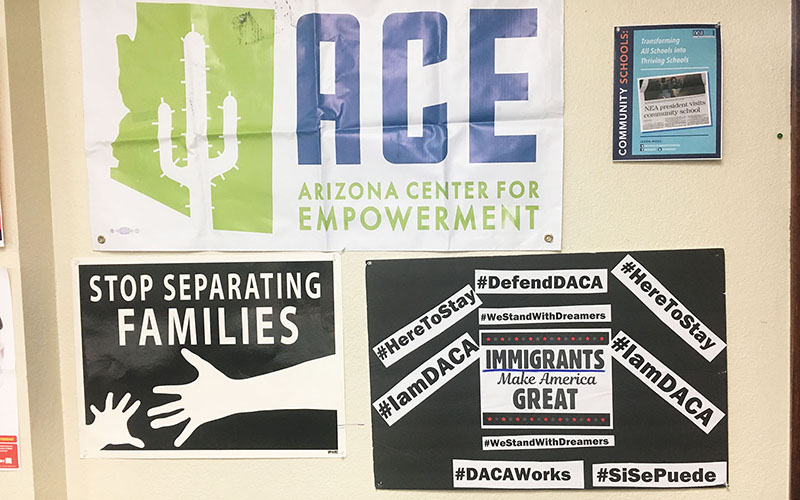 Posters on the wall at LUCHA. (Photo by Fortesa Latifi/Cronkite News) 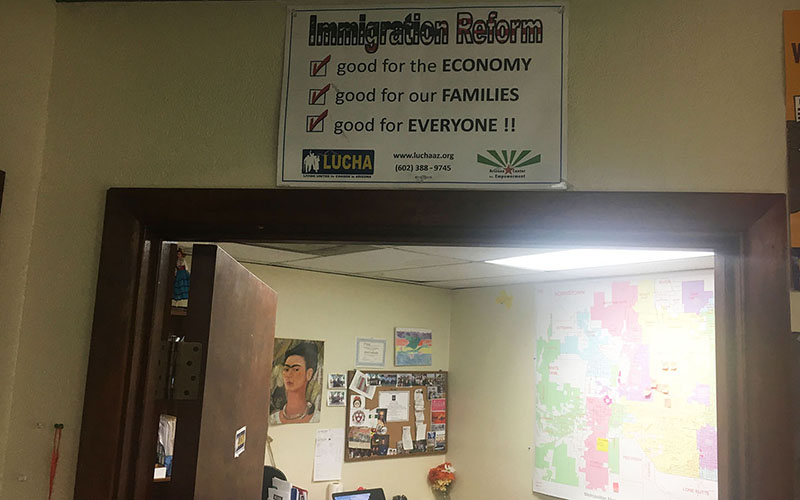 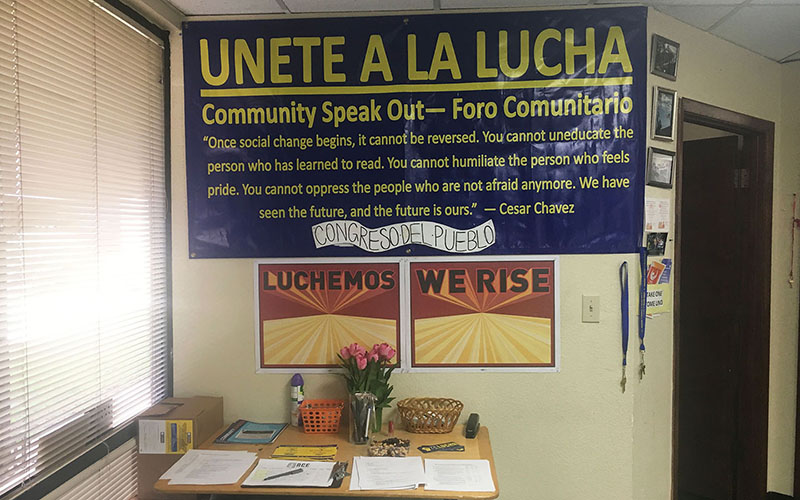 A sign-in sheet for DACA recipients looking for help with the renewal process. (Photo by Fortesa Latifi/Cronkite News)

It was Sept. 5 when President Donald Trump made his decision public to end DACA after a six-month “wind down” period. Since then, DACA recipients say they have felt an increased sense of urgency. According to the parameters of Trump’s decision, some DACA recipients have until Oct. 5 to renew.

LUCHA is one of the community organizations working to make sure people have their paperwork done correctly and submitted by the looming deadline. Volunteers work Monday through Saturday from 10 a.m. to 6 p.m. They say their time frames are flexible – if someone comes in at 6 p.m., they’ll stay late to help them.

Some of the volunteers are DACA recipients themselves, and Daniela Benitez is one of them. The 18-year-old was brought to America when she was 10 months old, and has lived in Phoenix ever since. She said she didn’t even know she was undocumented until she was in eighth grade when a school form asked for her Social Security number. She asked her mother about it and her mother explained to Benitez that she was undocumented.

Benitez applied for DACA once she turned 18 in February of this year. LUCHA helped her fill out the paperwork and once the process was finished, she began volunteering at the office herself, which she calls the “biggest honor” of her life.

“I felt like it was kind of a giveback for me to volunteer and to help them,” Benitez said.

Benitez will be eligible for DACA protections for the next two years, which she calls fortunate. She dreams of getting a driver’s license and working. She wants to buy a car. Her long-term goal is to become a nurse.

“Two years are going to go by so fast, but I know I can accomplish so much in two years,” Benitez said.

Benitez helped Esmeralda Garcia, a 20-year-old DACA recipient, finish her renewal paperwork. Garcia was brought to the United States from Mexico when she was 9 months old.

As Benitez helped her with her paperwork, Garcia looked on with an awestruck expression. She now smiles often and easily.

“It’s just shocking to me that there’s people really putting their time out to help each other, you know?” Garcia said. “It’s great.”

Garcia said the hardest part of DACA being in limbo is feeling like she has to pause her life.

“I have so many plans and it’s all stopped,” Garcia said.

She wants things other people would consider simple: to go to school, to get a job. She remembers when she graduated high school and her friends were talking about where they were going to college and what scholarships they had received.

“I can’t even do certain things because of where I’m from, you know? It’s just crazy.”

Garcia’s parents are already making contingency plans to return to Mexico, but she said she isn’t ready to think like that yet. She has a life here, she said. She has a child, a boyfriend and friends in Phoenix.

“Everything I have is here,” Garcia said. “What am I going to do over there?”

Garcia was at LUCHA for almost an hour, completing her paperwork and sealing it in an envelope. Benitez took a picture of Garcia holding the envelope triumphantly in front of a sign that said, “IMMIGRANTS MAKE AMERICA GREAT.”

Jazmin Munez, another volunteer, is a U.S. citizen, but decided to volunteer because of her sister, who she calls “DACA-mented.” Munez said LUCHA’s efforts are more than just helping with renewal paperwork.

“We’re doing everything we can,” Munez said. “Yes, we’re helping out with DACA renewals, but we’re also doing political education programs so people can get involved.”

Throughout a normal volunteer shift, Munez said she helps between 15 and 20 DACA recipients with their paperwork. Just one mistake could mean a denial, so the volunteers at LUCHA work with a scrupulous attention to detail. Esmeralda Garcia appreciates this.