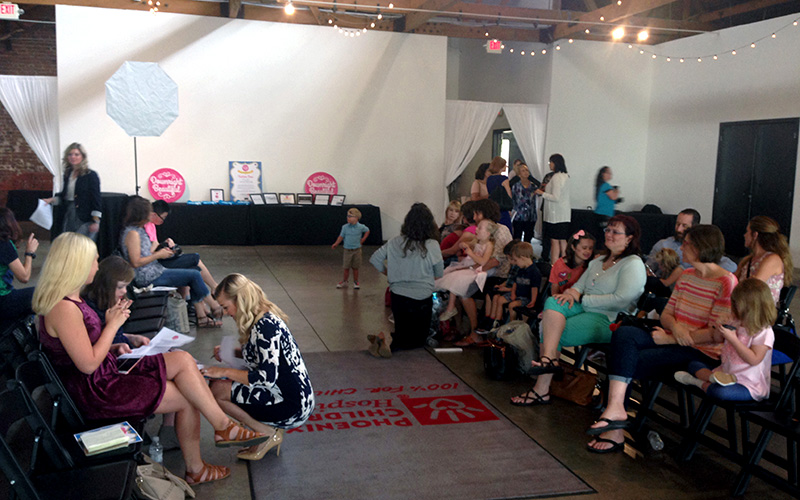 Parents gather with their children for a dress rehearsal for Downright Beautiful, a fashion show March 26 to raise money for the Pediatric Down Syndrome Clinic at Phoenix Children’s Hospital. (Saundra Wilson/Cronkite News)

The fashionista wears high heels every day, even with her favorite outfit – a shirt with jeans.

Stern, who has Down syndrome, will soon get to live out her fashion dreams, modeling in the fourth annual Downright Beautiful fashion show on Sunday.

The 16 young models in the fashion show, all patients at the clinic, were dressed to impress last week at a dress rehearsal in central Phoenix.

“They’re all just kids having a good time,” said Laura Chapnek, a Down Syndrome Network Arizona board member who helped co-chair the planning committee for the event. Her son, 14-year-old William, will be modeling in the show. “I think they want to be recognized.”

Last year, Jamie Brewer, the first model with Down syndrome to walk in New York Fashion week attended the show, according to Alyssa Snow, a special events coordinator for Phoenix Children’s Hospital, which houses Barrow.

Snow said she thinks there has been recent headway in representing people with disabilities in the fashion industry.

She said the Phoenix fashion show the models a chance to shine and show off their personality.

“When people can see our kids on stage they can see the joy that they bring,” said Michelle Tetschner, whose son, Raymond, 14, will model in the show. 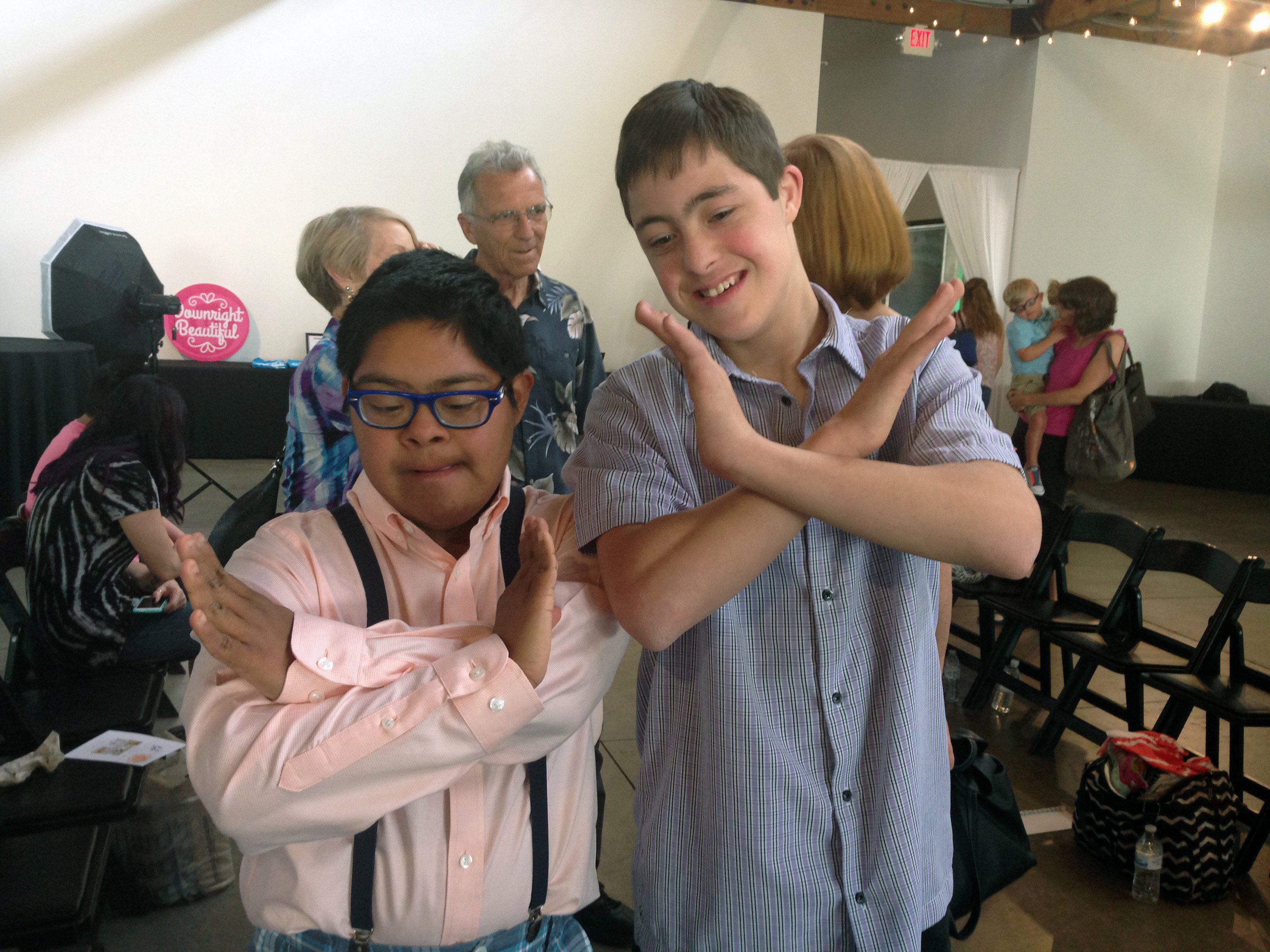 Raymond Tetschner, left, and William Chapnek, both 14, love to dress up and go out to eat together, said Laura Chapnek, William’s mother. (Photo by Saundra Wilson/Cronkite News)

The event’s goal is to raise more than $100,000, Chapnek said. The hope is to expand the clinic’s operating hours from one day a week to several days. The event has raised more than $55,000 total over last three years.

Nearly 700 children are born with Down syndrome in Arizona every year, according to the Phoenix Children’s Hospital Foundation.

Down syndrome, a developmental disability, happens when someone is born with an extra chromosome.