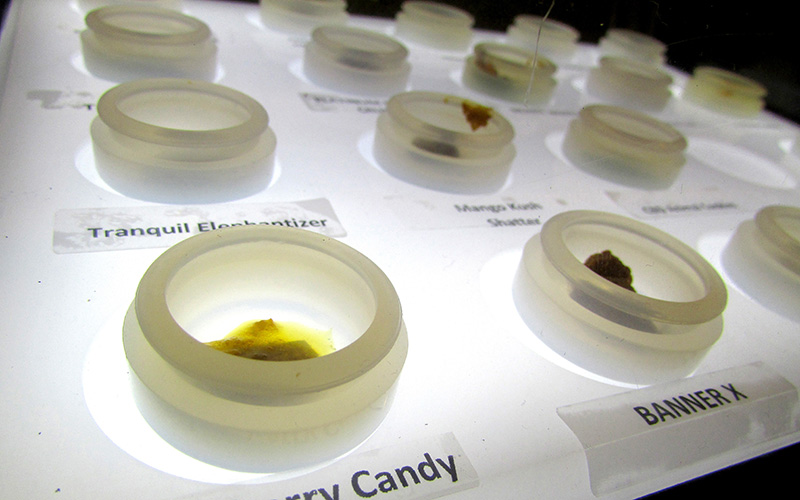 Safer Arizona, a political action committee, filed an initiative Thursday with the Secretary of State’s office to get the issue on the November 2018 ballot.

The initiative, called the Safer Arizona Cannabis Legalization Act, would legalize recreational marijuana for adults age 21 and over. If voters approve, the measure would, among other things:

“This is what people are getting at when they go for cannabis legalization,” said Dave Wisniewski, chairman of Safer Arizona, the committee behind the initiative. “Everything that has passed so far has been investor driven and doesn’t take on the whole problem.”

In November, Arizona voters defeated Proposition 205 by a 51.3 to 48.7 percent margin – or 1.3 million against to 1.23 million in support, according to the Arizona Secretary of State’s office.

Of the five states that had recreational marijuana on the ballot in November, Arizona was the only state to reject the proposal. The well-funded opposition campaign, Arizonans for Responsible Drug Policy, had raised more than $5.6 million, according to campaign filings, more than the opponents in the four other states – California, Maine, Massachusetts and Montana – combined, according to an earlier Cronkite News article.

“We just legalized marijuana out here, and there are still lots of questions within the state about how to enforce those laws,” he said, referring to Arizona voters’ 2010 decision to legalize medical marijuana. “It is a dramatic amount of change in a short amount of time. Other places had medicinal legalized for some time before full legalization.”

Coughlin added that the combination of organized resistance, principally from the Governor’s Office, as well as concerns within the larger electorate about the regulation of marijuana led to Prop. 205’s failure. 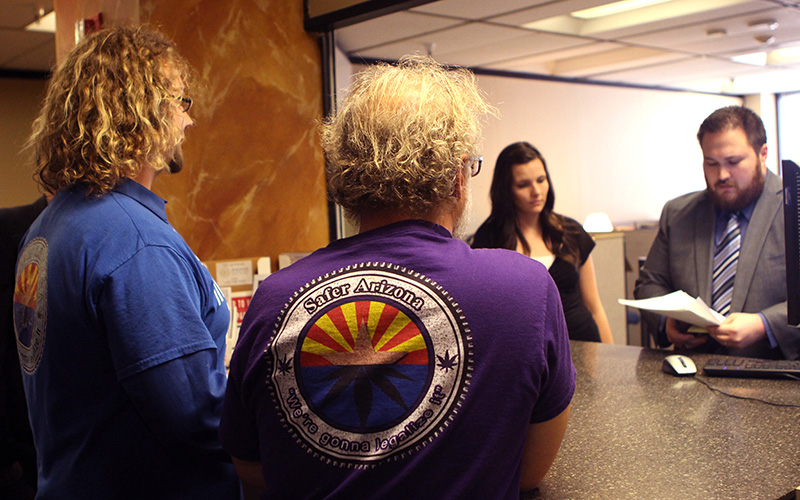 Safer Arizona, a political action committee, filed an initiative Thursday with the Secretary of State’s office to get the issue on the November 2018 ballot. (Photo by Chelsey Ballarte/Cronkite News)

But Wisniewski is optimistic the new proposal will not meet a similar fate.

“Prop. 205 was legitimately a very flawed law. There was a large population of cannabis consumers who voted ‘no’ on it,” Wisniewski said. “I don’t believe Arizona voted down Prop. 205 because they didn’t want marijuana.”

Wisniewski said the Safer Cannabis Legalization Act differs from Prop. 205 in several ways, including a higher ceiling for home grows, a capped general sales tax, and it would place regulation under the Department of Agriculture rather than creating a new department.

However, marijuana legalization opponents have not softened their stance.

“Unless and until I see that the new administration is as lacking in this regard as the previous one, my time and attention will not be diverted by efforts to circumvent the Controlled Substances Act through an Arizona initiative,” Maricopa County Attorney Bill Montgomery said in a statement. Recreational and medical marijuana remain illegal under federal law, and President Donald Trump’s stance on marijuana isn’t clear, according to an NBC News article.

Yavapai County Attorney Sheila Polk also said she is confident Arizona will continue to vote against marijuana legalization and that legalization is “bad public policy” and “bad for the state.”

Coughlin said that although it may be more challenging to get this passed during a midterm election, he does see the Arizona electorate shifting toward more support over time, citing more mature discourse about the topic and familiarity with how neighboring states have been impacted.

Political analyst and pollster Michael O’Neil expressed a similar outlook and criticized legislators for being shortsighted.

He said that if legalization passes by initiative, the Legislature loses the ability to design and regulate this the way they would like.

He said lawmakers could “put tight controls on it and have a much more palatable bill.”

“Maybe they’ll put up a good fight on this one, but they’re being shortsighted,” he said. “They want to do nothing, and eventually one of these things is going pass.”

Safer Arizona will have until July 2018 to collect 152,000 valid signatures to get the initiative onto the 2018 ballot.