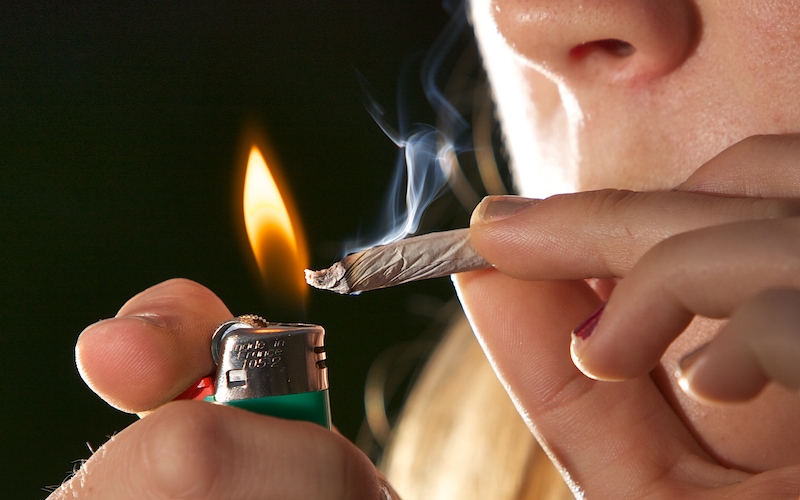 Arizona was the only state, of the five with recreational marijuana initiatives this fall, where voters rejected the measure. But marijuana advocates are already looking ahead and predicting legalization – either through a rematch at the polls or a push through the Legislature. (Photo by Chuck Grimmett/Creative Commons)

WASHINGTON – Of five states with recreational marijuana on the ballot this fall, Arizona was the only state where the initiative failed, after supporters ran into a well-funded opposition campaign backed by political heavyweights.

But that hasn’t stopped marijuana advocates from looking ahead and predicting legalization – either through a rematch at the polls or a push through the Legislature.

“We expected that the political elite would be against” legalizing marijuana, said Carlos Alfaro, Arizona political director for the Marijuana Policy Project. “Those people won over millions who saw the proposition as counterproductive and people who thought money was not being made from legalization.”

Arizonans for Responsible Drug Policy, the organization behind the “No on 205” campaign, raised more than $5.6 million, according to campaign filings, more than the opponents in the four other states – California, Maine, Massachusetts and Montana – combined.

Officials at Arizonans for Responsible Drug Policy did not return multiple requests for comment. But their efforts appeared to pay off on Election Day, when voters rejected Proposition 205 by a 51.3 to 48.7 percent margin – or 1.3 million against to 1.23 million for, according to the Arizona Secretary of State’s office.

The Marijuana Policy Project raised more than $5.2 million for the “Yes on 205” campaign, according to campaign filings with the secretary of state. But observers said supporters in Arizona could not gather the momentum necessary to overcome the opposition.

“Arizona is a much smaller state (than California), so it’s much easier to communicate to the entire population,” said Scott Chipman, Southern California chair for the political action committee Citizens Against Legalizing Marijuana. “It’s not as liberal as California. The momentum in California was much stronger to legalize.”

California and Montana had the widest margins of victory for their recreational marijuana initiatives, with 57 percent of voters approving. The measure won in Massachusetts with 53.6 percent of the vote and squeaked by in Maine with 50.2 percent.

Despite the fundraising by opponents in Arizona, National Cannabis Industry Association co-founder Steve Fox said he does not believe there was one specific factor that brought down the initiative in the state.

“It was very close, it didn’t lose by a wide margin,” Fox said of the Yes on 205 campaign. “It certainly had significant opposition in both a political and financial sense, with both Ducey and (Maricopa County Attorney) Bill Montgomery strongly campaigning against it.”

Sheldon Adelson, a billionaire casino owner from Las Vegas, was one of the top donors to the opposition in Arizona. The $500,000 he donated to Arizonans for Responsible Drug Policy just weeks before the election was well above amounts he gave to opposition campaigns in the other states.

Fox said the opposition was apparently able to convince voters that taxes raised by legalizing marijuana “wouldn’t come through” as supporters claimed, even though he said Colorado has generated millions in taxes through recreational marijuana.

Alfaro accused the opponents of what he called unfounded fear mongering, but remained hopeful for the future.

Mikel Weisser, Arizona director for the National Organization for the Reform of Marijuana Laws, said the movement is coalescing behind several ideas to move forward, including working with state lawmakers to get a bill passed in the Legislature.

“I believe that the national movement is going to win in Arizona,” Weisser said. “The appetite is strong and nationally, the trend is going toward legalization.”