“Flu is spread from person to person, so I think if you get more information out to folks, that helps them make a decision,” Leach said. “If they start seeing the flu cases occur in October and November, maybe those folks will get vaccinated earlier.”

Cases of influenza, a virus that generally travels from the East Coast to the West Coast, are just beginning to spike in the Phoenix area and across Arizona, said Joseph Gaddam, a physician assistant at NextCare Urgent Care in Scottsdale.

The Communidy app indicated Maricopa County’s flu level as “high” on Wednesday, with adults ages 25 to 64 hit hardest – at 35 percent – among the age demographics listed.

Community members already can access flu data from other sources. For example, the Arizona Department of Health Services provides weekly flu updates throughout the state based on laboratory confirmed cases. And web app Flu Near You tracks influenza occurrences.

A spokesman for the Communidy app said their information is more timely.

And the Flu Near You app bases its information on a weekly survey of its users who have volunteered information about their symptoms.

Self-reporting isn’t as precise because flu symptoms can appear in other types of illnesses, said Dr. John Tamerius, senior vice president of strategic and external affairs for Quidel Corp., the company that created Communidy.

Quidel immediately uploads anonymous patient test results from health sources using the company’s analyzers to a cloud-based system, and the app displays that data in real time, according to a statement from Quidel.

There are currently more than 14,000 analyzers across the country, she said.

The goal of the pilot is to get feedback from consumers and public health officials and to find out if people want to use the app, Miller said.

“It’s a whole new way of looking at the data,” Miller said. 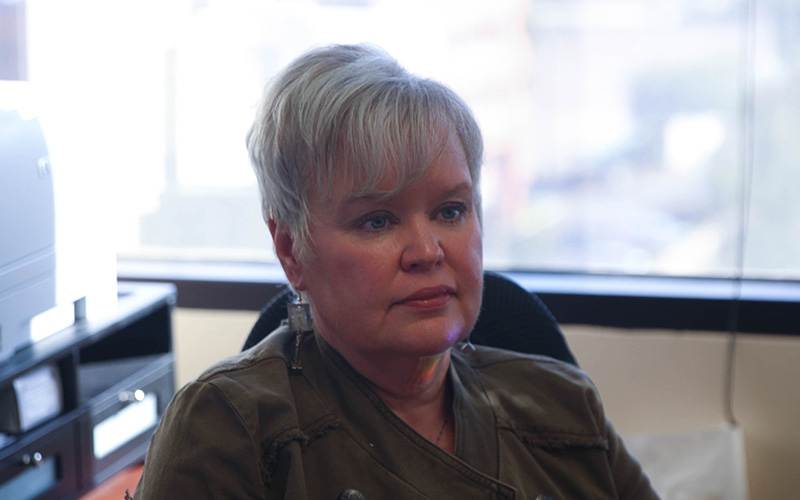 Quidel chose Maricopa County because of its high rate of flu, as Arizona ranked first in the nation last year for reported diagnoses, Tamerius said.

“(Arizona) really had early onset of flu, and it was quite severe in this state,” he said. “In fact, severe enough that I was concerned and actually consulted the (Centers for Disease Control and Prevention) very early, before they had reported high levels of influenza.”

The availability of data in the Phoenix area makes Maricopa County an ideal candidate for the pilot test as well, Miller said.

“We felt we had enough connections in that city area to actually get good data because we have so many analyzers connected,” Miller said.

Leach said she considers Maricopa County a tight-knit community despite its population being greater than four million. The county is also very mobile, she said.

“So it really doesn’t matter whether you live in Phoenix or Mesa or Glendale, people travel all over,” Leach said. “I think we have really excellent data here, so that would be helpful. And I think as far as flu vaccine resources, we have a lot of those as well.”

The Communidy app is available nationwide, but primary testing and development is taking place in Maricopa County, Tamerius said.

“It’s a pilot, so we’re also learning. We’re getting feedback,” Tamerius said. About 5,000 people have already used the app, he said.

Miller said Quidel expects the beta test to last until the end of flu season, about May or June this year. Communidy is available through a web browser but does not have a full mobile app available yet.

“That will definitely be in the plans, and it seems like our feedback has been pretty positive so far, but that’s in the future,” Miller said.

Communidy has the potential to track more than just the flu because it works through the Quidel analyzers, which test for a variety of illnesses such as strep throat, Miller said. 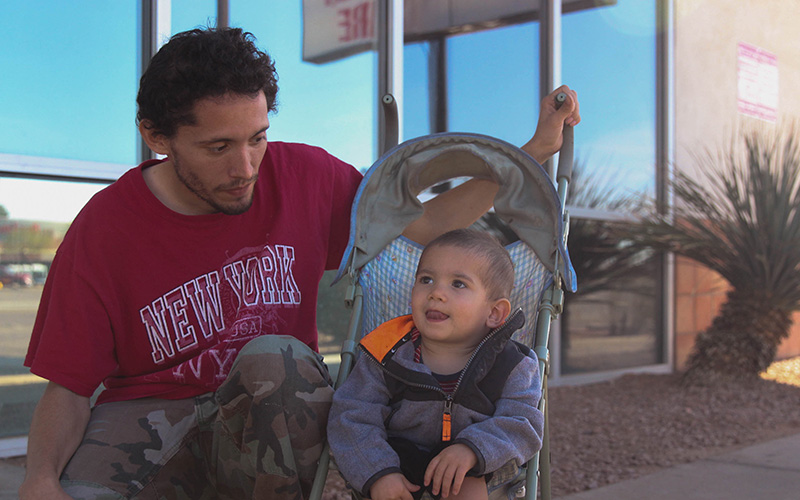 Joseph Economides said he likely wouldn’t use the Communidy app, but he said others may find the information useful. He said his son, Jason, gets the flu shot, but he doesn’t. (Photo by Erica Apodaca/Cronkite News)

Recognizing the flu and how it spreads

There are a number of ways to spread the flu virus, but it is highly preventable when people get vaccinated, Gaddam said.

“Flu is a miserable disease,” Gaddam said. “You feel bad. You have bad headache. You have cough. You have high fever, body aches, and you pass it on to people that like you.”

Gaddam said the app may serve as a resource to raise awareness and help prevent the virus from spreading.

Most vulnerable to flu are young children and people over 65, Gaddam said. The flu can have significant and devastating effects on these groups, especially elderly people with other chronic diseases such as diabetes, asthma or lung problems.

The best time to get immunized is at the beginning of the flu season, around October or November, but it is never too late to vaccinate, Leach said. Immunization is the best way for people to protect others, she said.

“You immunize yourself to take care of those young babies in your house that may not be immunized, to take care of grandma and grandpa or an elderly friend, or someone who has a chronic medical condition that you may not be aware of,” she said.

More than 2,500 flu cases have been reported this season, with cases confirmed in all of Arizona’s 15 counties, according to the Arizona Department of Health Services. (Photo by Erica Apodaca/Cronkite News)

Protecting the most vulnerable

To protect people 65 or older, Quidel Corp. is promoting legislation in Arizona to require hospitals to offer flu shots to patients in that age range when they are admitted during flu season, Tamerius said.

“Eighty percent of the deaths in the United States from flu occur in people over 65 years of age,” Tamerius said.

More than a million people in Arizona are 65 or older, according to the U.S. Census Bureau.

Several medical groups, including representatives for the Arizona Public Health Association and the Arizona Osteopathic Medical Association, have registered support for House Bill 2090. The bill has passed through the House health committee.

Leach said she is unsure whether such legislation will make a difference, noting that in her personal experience, hospitals already offer the flu vaccine as part of standard procedure.