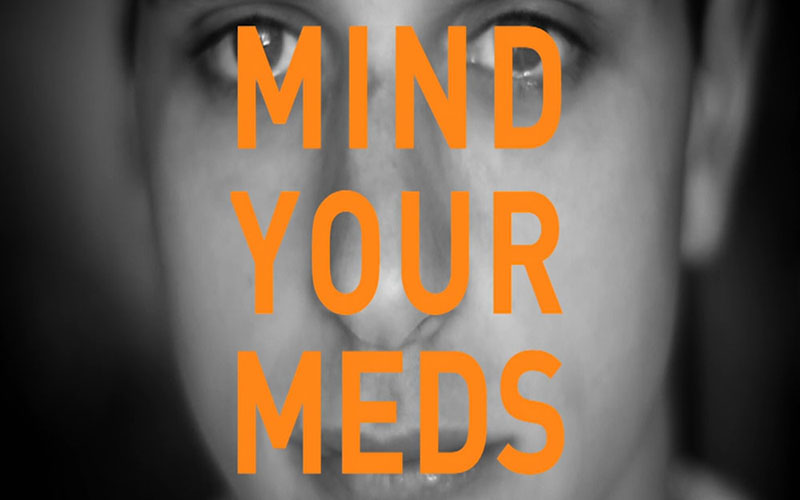 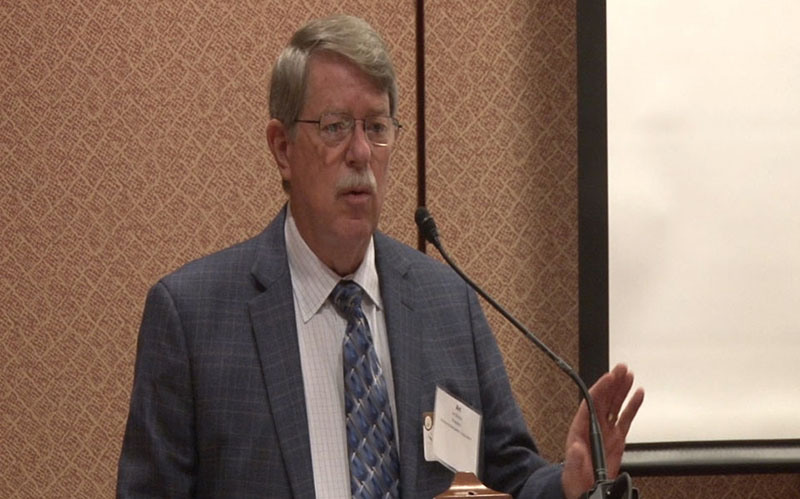 Arizona Broadcasters Association President Art Brooks said getting stations to commit to simultaneous broadcast of a documentary on heroin in the state was worth the effort. (Photo by Claire Caulfield/Cronkite News) 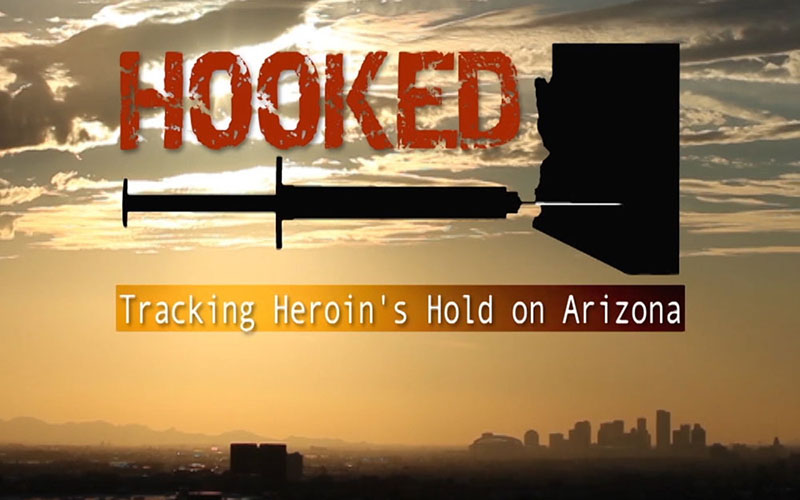 “Hooked: Tracking Heroin’s Hold on Arizona” included a half-hour documentary that aired simultaneously and commercial-free on every station in Arizona in January 2015 along with stories and digital resources. 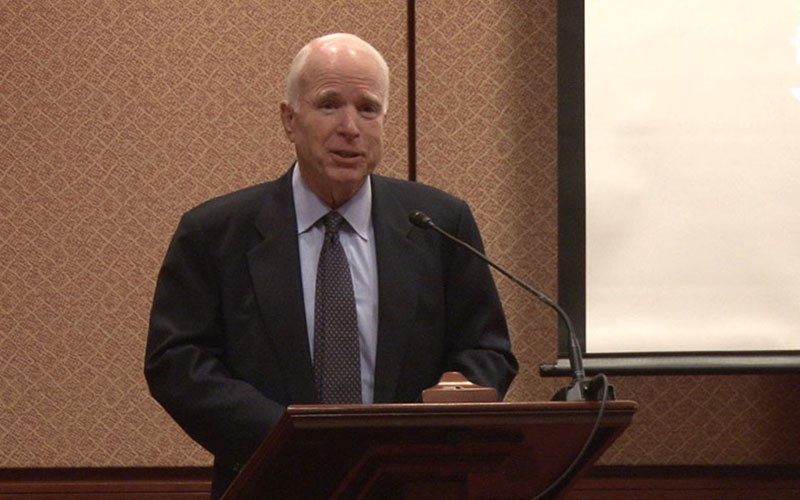 Sen. John McCain, R-Arizona, said addiction has touched ”every spectrum of American society,” and that it will take more efforts like the broadcasters’ campaign to turn the tide. (Photo by Claire Caulfield/Cronkite News)

WASHINGTON – National broadcasters, anti-drug advocates and a bipartisan group of lawmakers Tuesday unveiled a campaign to target opioid addiction, an effort that was partly inspired by a 2015 documentary on heroin addiction in Arizona.

The National Association of Broadcasters said public-service announcements it produced with the Partnership for Drug-Free Kids will run on TV and radio stations nationwide to raise awareness of the opioid addiction crisis,

“I watch people die every day,” said Sen. Joe Manchin, D-W.Va., one of the lawmakers on hand for Tuesday’s announcement. “And this isn’t just low socioeconomic, this gets them all.”

The national campaign follows a successful program by the Arizona Broadcasters Association, which convinced all of its members to simultaneously air a half-hour documentary, “Hooked: Tracking Heroin’s Hold on Arizona,” which was produced by the Cronkite School at Arizona State University.

Getting stations to cooperate on the commercial-free broadcast in January 2015 required them “throwing aside their natural competitive relationship” and doing “something startling to address this scourge upon our citizens and save and change lives,” said Art Brooks, president and CEO of the Arizona Broadcasters Association.

The project also included a website with digital stories, a mobile app, English- and Spanish-language radio and TV show, resources and more. The broadcast was followed by a call-in center that received more than 600 calls in just three hours after airing of the documentary, which went on to win a duPont Award, among others.

“The film received national recognition and with the help of the Arizona Broadcasters Association reached over 1 million Arizonans,” Sen. John McCain, R-Arizona, said at Tuesday’s NAB event. “I urge your viewing of this documentary.”

“Between two years, there was a 44 percent increase in heroin-caused deaths in my state,” McCain said.

Manchin said opioids are a “bipartisan killer” that affects families regardless of background, a point echoed by McCain.

“It has affected every spectrum of American society,” he said. “If we are going to address it effectively, it’s going to be through a program such as the NAB has inaugurated today.”

The NAB campaign calls for public-service announcements in Spanish and English that will air for the next 18 months. Association President and CEO Gordon Smith could not say precisely when they would begin to air or how many stations would air them, except that stations nationwide would participate.

And, he said, they have a responsibility to do so.

“Every local radio and TV station becomes a lifeline in times of crisis,” Smith said. “Today America faces another crisis – a public health crisis that is ravaging communities across our country.”

“We stand in partnership right now with the NAB, Congress and others,” he said. “We are in the midst of the worst epidemic of drug abuse and the highest number of overdose deaths in the history of our country.”

Manchin said it was one thing lawmakers could all agree on.