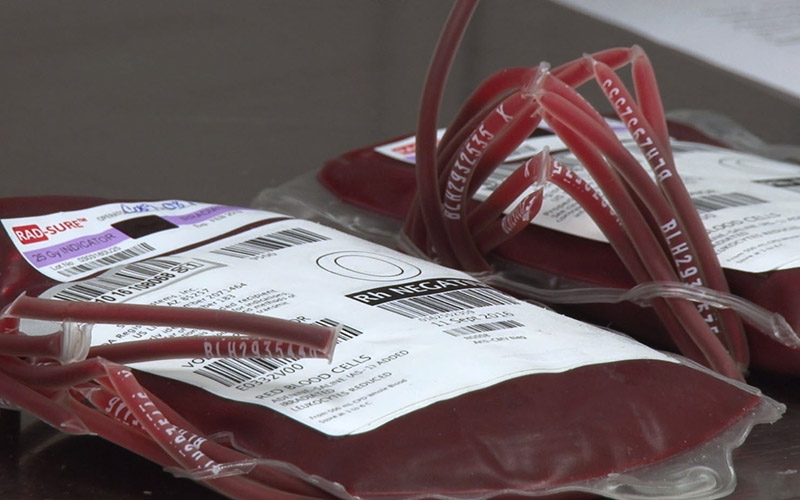 The Food and Drug Administration a few weeks ago recommended that blood banks across the country screen for Zika after a batch donated in Miami tested positive for the virus.

“We are doing automatic testing in Florida and will be implementing, within four weeks, the testing on all donated blood right here in Arizona,” Thew said in late August. “Currently United Blood Services is testing all blood from donors who have traveled to a Zika-impacted area.”

In February, United Blood Services asked people who had traveled to areas with Zika to wait 28 days before donating blood. The donor delay was lifted in mid-July but such travelers’ blood donations will be tested.

“Every donor who comes in to give blood is shown a special sheet that they’re asked to review and (it) has a list of all the impacted countries,” Thew said. “Should that person have traveled to one of those areas, we automatically implement the testing,” Thew said.

State health officials reported 25 Zika cases in Arizona, all linked to travel. Florida is the only state to have cases unrelated to travel.

The World Health Organization has called the Zika virus an international public health emergency that can lead to children born with unusually small heads, or microcephaly. The virus is spread through the bite of a mosquito.

Tempe resident Serena Christianson, who volunteered at the 2016 Rio Olympic Games and has donated blood, said testing for the virus is a good idea.

“I think it’s important to actually be over cautious,” Christianson said. “I’m definitely appreciative of the fact that they are being thorough with testing for Zika and honestly testing for any kind of diseases in our blood system.”

Christianson trusts that the blood banks have peoples’ best interest in mind.

“Any recommendation they have that has people’s health and is putting that at the forefront I think it should be honored and it shouldn’t be challenged in anyway,” Christianson said.

Thew said that United Blood Services is doing everything medically necessary to make sure the blood supply is safe.

“You can’t catch anything from donating blood and even on the receiving end, our blood supply has never been safer,” Thew said.