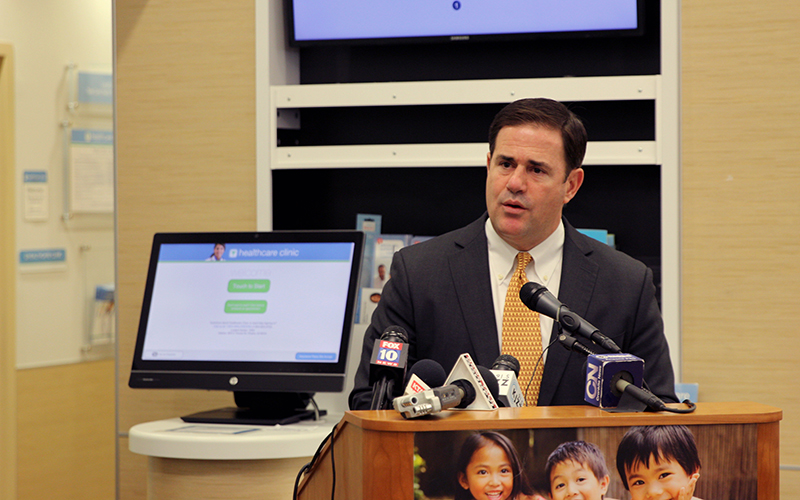 People can discard their expired or unused prescription pills at kiosks once the program is rolled out, Ducey said at a news conference.

Disposing of pills at such a station is safer than flushing or otherwise discarding them, which can risk people’s health and safety, said Erin Sharp, who directs Walgreens’ pharmacy and retail business. Sharp said the program is getting rolled out and does not yet have a start date.

Ducey and company representatives also said every Walgreens in Arizona will soon offer Naloxone, an antidote to an opioid overdose, without a prescription. Arizona joins more than 30 other states offering the programs in Walgreens stores.

Ducey signed legislation this year to allow the sale without a prescription if someone is in danger of suffering an overdose. Mike Brancato, Walgreens health care supervisor, said the antidote runs about $78 per dose, and users typically need two doses to repel the effects of an overdose.

Another new law requires physicians to consult a database before prescribing medication to prevent an addict from doctor shopping to search for prescriptions.

The moves are to tackle a drug problem that annually kills more youths than suicide, car accidents, guns and school violence. Ducey said.

“Prescription drug abuse and misuse is an epidemic that lives in every state in the nation, including Arizona,” Ducey said. “Addiction affects one in every three American households.”