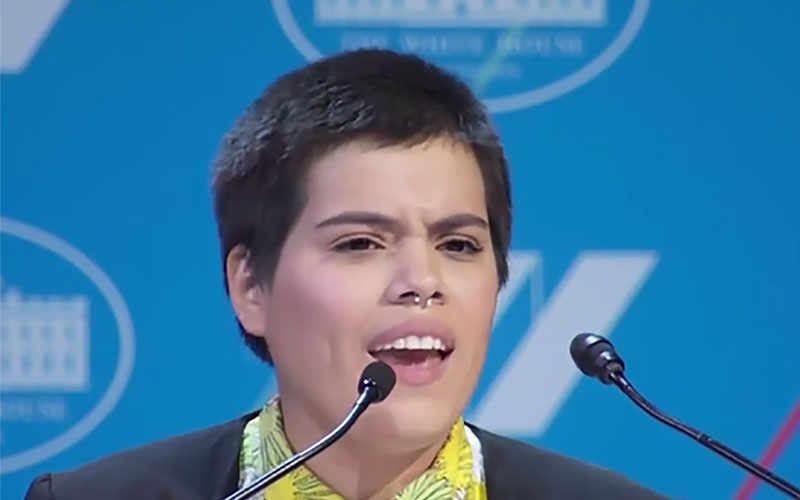 Phoenix resident Grecia Magdaleno said her experiences as “a queer woman of color with undocumented parents,” showed her the challenge the marginalized groups have face to get access to health care. (Photo courtesy whitehouse.gov) 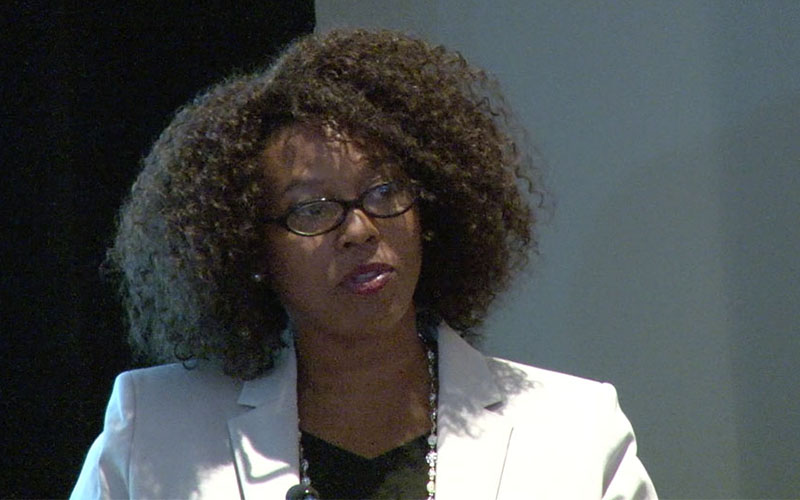 Kimberly Scott, an Arizona State University professor who founded the CompuGirls program, said she was excited to be able to offer it as part of the United State of Women Summit in Washington. (Photo by Keshia Butts/Cronkite News) 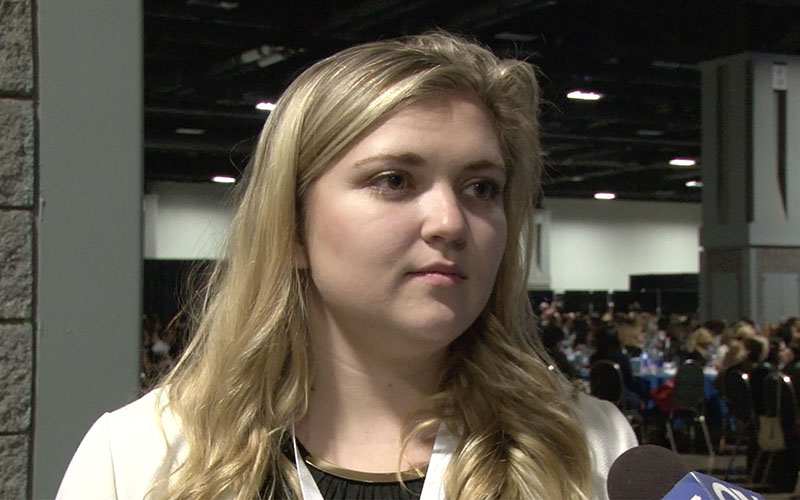 Tamsyn Stonebarger, the co-founder of “I Am That Girl” at Arizona State University, said the experience of coming to Washington and hearing from the many speakers at the summit was “surreal.” (Photo by Emily Zentner/Cronkite News)

WASHINGTON – Of the thousands who flocked to Washington this week for the White House’s United State of Women Summit, Phoenix native Grecia Magdaleno may have had a unique perspective.

As a “queer woman of color with undocumented parents” in Arizona, Magdaleno spoke alongside Planned Parenthood President Cecile Richards about the challenges of healthcare access for women, particularly those in marginalized populations.

“Arizona is my home, and I’m a desert girl at heart,” Magdaleno said. “But I think they (marginalized groups) desperately need my help.”

She was one of several Arizona residents who joined thousands from all over the world at the event hosted Tuesday and Wednesday by the White House Council on Women and Girls.

About the United State of Women:

The White House said it raised millions of dollars in pledges toward those causes before the event, which featured presentations by hundreds of speakers. Highlights included presentations by President Barack Obama, Vice President Joe Biden, investor Warren Buffett and a conversation between first lady Michelle Obama and Oprah Winfrey.

Other Arizonans at the event included Arizona State University professor Kimberly Scott, who talked about the CompuGirls program at ASU, which teaches high school girls technology skills to create everything from podcasts to robots.

ASU senior Tamsyn Stonebarger, who co-founded the university’s chapter of I Am That Girl, was only in the audience but said the experience left her inspired to make change in her own community.

“Matt (McGorry) from ‘Orange is the New Black’ came up there and was like, ‘I’m a feminist!’ and that was the coolest thing ever,” Stonebarger said. “I’m excited to be bringing that aspect and that insight of men supporting women in.”

Magdaleno’s speech Tuesday was a part of the introduction to the event’s health pillar, where she teamed up with actress Connie Britton and Richards to call for better access to health care for all women.

“My mother is a beautiful, Mexican-American, working-class undocumented immigrant who taught me about my reproductive system,” said Magdaleno, a youth leader with Planned Parenthood in Arizona. “With this information, I knew I needed to do something to shift the perspective of my peers.”

While Magdaleno is not currently on Planned Parenthood’s staff, she has been a volunteer and intern there in the past and was chosen to represent the organization’s youth leaders at the event with Richards.

She hopes to attend graduate school after graduating from ASU in December, but said she wants to ultimately come back to Arizona to continue working to help women like her in Phoenix get access to health care.

“My people deserve justice,” Magdaleno said. “I feel like it’s my responsibility to go back and give my people justice.”