As she prepares for a fourth open-heart surgery, the toddler plays with a color-coded 3D-printed heart that is a replica of the heart beating inside her chest.

She wiggles in and out of her mother’s lap, chewing purple bubblegum, and explains, in the enthusiastic tones of a toddler, the different chambers of the 3D heart.

“It’s the pink thing!” she squeals as her mother, Stephanie Starks, smiles.

Starks remembers driving by a hospital at Thomas Road and State Route 51, and hoping she would never have to take her children there.

“Please, let me never have to visit Phoenix Children’s Hospital,” she prayed. 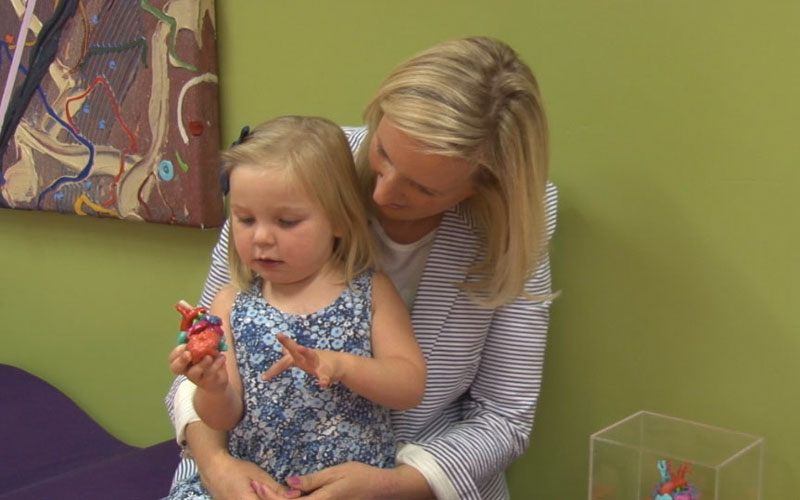 Then, October 8, 2013, Jemma was born, the third daughter in the Starks family. She seemed fine. Perfect.

Until a day later, when Jemma had trouble breathing. She was rushed to the cardiology department of Phoenix Children’s, where her anxious parents learned she had a congenital heart defect.

“The information didn’t make sense. It didn’t compute.” Starks said “I had two little kids at home already. I didn’t think that a person could be born without a part of their heart.” Surgeons operated on her heart that day, and again the next day.

She was nine days old.

Now, the 2½-year-old Jemma is a heart-surgery veteran. She and her family are learning more about her upcoming fourth operation through 3D-printed models of her heart.

Justin Ryan, a research scientist in the hospital’s Cardiac 3D Print Lab, which produces the printed models to match a patient’s heart or another organ, said 3D printed organs may look like a toy but have serious goals. Surgeons can practice on an exact duplicate of a patient before surgery and families can better understand what loved ones are going through.

“It also helps the family build confidence in their surgeon if they know they have already done the surgery on their patient before even touching the patient,” Ryan said. 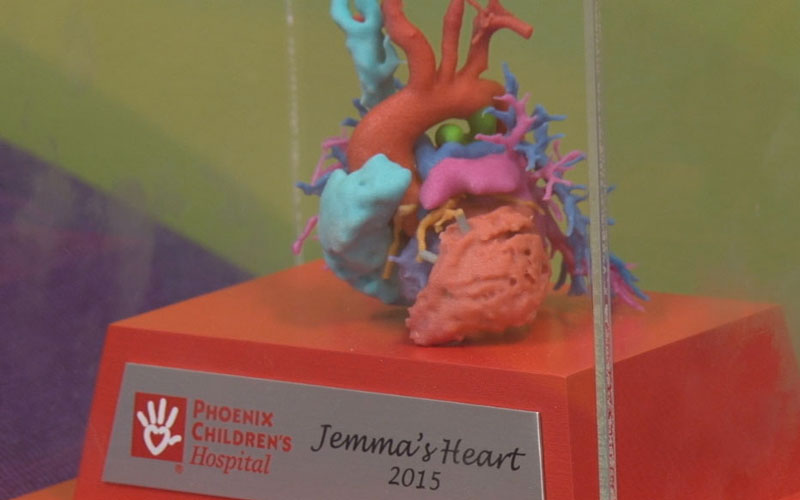 A lab at Phoenix Children’s Hospital has produced more than 300 3D replicas of hearts. Hospital officials gave this one to Jemma Starks’ family. (Photo by Christina Tetreault/Cronkite News)

The most common misconception about 3D-printing is that it’s a futuristic fantasy, Ryan said.

“We are doing it right now. We have been doing it for years,” he said.

The technology, started more than two decades ago, has boomed in the medical field in recent years. Phoenix Children’s has produced more than 300 heart models for patients and surgeons, Ryan said. The lab was one of the first to use the technology for patients, according to the hospital website.

Starks said the replica of her daughter’s heart has helped the family understand what’s ahead as they prepare for a lifetime of treatment and surgeries.

“For the first time we understood this fight,” Starks said. “And we are in a life-long fight against congenital heart disease.”