A third of Arizonans, and a like number of Americans, reported getting fewer than seven hours of sleep a day, the amount most adults need to stay healthy. (Pnoto by Andres Nieto Porras/flickr via Creative Commons) 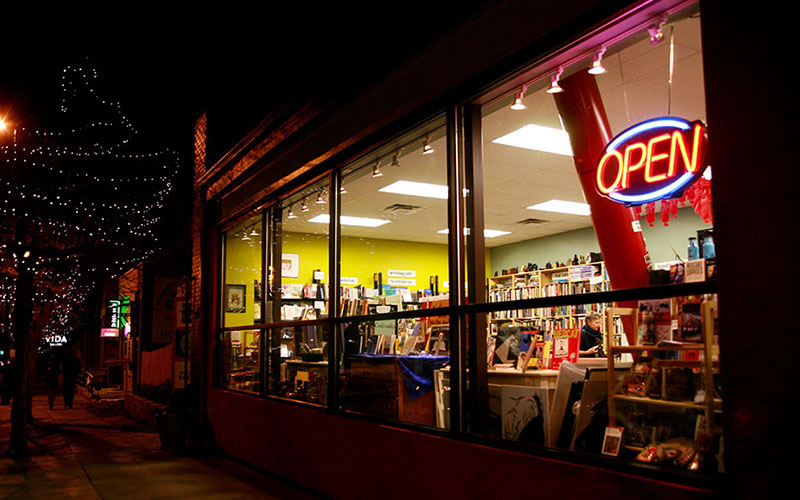 Besides work and longer commutes, Americans may be sleeping less because we live in a 24-hour economy – where sleep shortages are likely to get worse.(Pnoto by Chris Guillebeau/flickr via Creative Commons)

WASHINGTON – One word keeps coming up as Amber Stites describes her night – late.

The 31-year-old Phoenix resident picks up her significant other from work late, eats dinner late, washes dishes late and runs the laundry late, all of which leads to a late bedtime.

“My lack of sleep makes me salivate over the thought of a nap,” Stites said recently, in response to a Public Insight Network query, adding that she normally stays up until midnight and only gets six hours of sleep. “Sometimes I have difficulty staying focused at work.”

Just like brushing your teeth, there is proper sleep hygiene that helps people fall asleep faster and have higher-quality Zs. Although everyone’s body is different, sleep docs give these general tips to improve sleeping habits:

She’s not the only one who is tired. A 2014 Centers for Disease Control and Prevention survey found that 35 percent of Americans reported getting less than seven hours of sleep in a 24-hour period, the lower end of what people should be getting to avoid heightened risks of chronic diseases, including diabetes, stroke and early death.

Those numbers held true in Arizona, where about one-third of residents reported getting less than seven hours of sleep in the CDC survey.

Shut-eye was not evenly distributed across the state – the share of people who said they were not getting enough sleep ranged from 30 percent in Yavapai and La Paz counties to 38 percent in Apache County, according to the report.

Health officials in Apache and Yavapai counties could not offer a guess as to why they might be sleepiest or most well-rested in the state, noting that they don’t track sleep data.

“We don’t have any control over how much sleep people are getting,” said David McAtee, spokesman for Yavapai County Community Health Services.

“Can’t do anything beyond saying you should get more sleep,’ he said, before joking that he also needs more sleep.

The National Sleep Foundation said adults should be getting seven to nine hours of sleep every night. The effects of insufficient sleep go beyond a grumpy disposition at work: A lack of sleep can lead to bad decision making, odd mistakes, attention problems and falling asleep behind the wheel, said Dr. Raj Dasgupta, a fellow of the American Academy of Sleep Medicine.

“You can literally die without sleep,” said Dasgupta, who is also an assistant professor at the University of Southern California.

Consistently getting too little sleep can contribute to more serious health issues, such as heart disease, obesity, diabetes, stroke and a poor immune system. Even vaccines are less effective when people don’t get enough sleep, Dasgupta said.

The CDC’s sleep survey was done by the Behavioral Risk Factor Surveillance System, a collaboration between the CDC and state health departments.

Arizona was about in the middle of the pack. The sleepiest state was Hawaii, where nearly half the residents come to work yawning. On the other end was South Dakota, where nearly three-quarters of residents reported getting more than seven hours of sleep at night.

Dasgupta said we live in a 24-hour society that is trending toward less and less sleep.

“Being sleep-deprived almost becomes the norm,” Dasgupta said, noting that people may soon be averaging five to six hours of sleep a night.

Different Arizona residents told PIN they have different ways of dealing with a shortage of sleep. Some said they will chug energy drinks or coffee to stay up, or sneak naps during the day. One Phoenix man went so far as to say his only respite was the occasional nap in the tattoo chair, where he is calmed by the monotonous buzz of needles.

– Click on the map to see the percentage of people in each county who told a CDC survey in 2014 they were not getting enough sleep. (Cronkite News graphic by Danika Worthington)

And Petrov said those people may be sleepier than they think: She said that when people are self-reporting, they tend to overstate how much sleep they’re actually getting.

Most reasons for insufficient sleep are work-based, such as hours and commute times. The CDC said shift workers have a higher risk of a lack of sleep, especially those who work in the medical, emergency response, transportation, manufacturing, hospitality or retail industries.

The PIN Bureau would like to know: Do you think you get enough sleep?

But a lot of times, a sleep shortage is a personal choice, with people opting to watch another episode of a TV show, check their phones or spend time with friends, Petrov said.

“They might be feeling really sleepy but they’ll think, ‘Oh, I’ll just stay up a little bit longer,'” she said.

Dr. Sairam Parthasarathy, a University of Arizona professor who runs its Center for Sleep Disorders, said genetic, environmental and cultural factors, which include life stressors and diets, can also lead to a lack of sleep.

Although there’s been a dramatic increase in public awareness about the importance of sleep, Parthasarathy said that people are still “woefully behind” in their understanding of the issue.

He said, in general, there’s been a greater focus on improving nutrition and exercise “but sleep is the other very important healthy behavior that we should be partaking in.”

Parthasarathy also warned that sleep “is not a rainy day fund that we can dip into.”