The University of Arizona’s Dr. David Armstrong said he hopes to take part in trials of a Cuban drug that could “make a difference and prevent amputations” for diabetics. (Photo by Samantha Witherwax/Cronkite News) 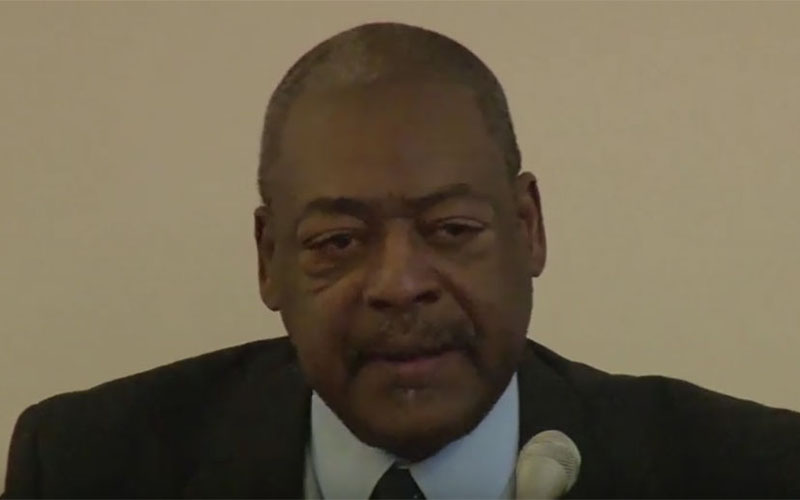 Henry Hughes Jr. said his diabetes has led to neuropathy and other issues in his hands and feed that have resulted in “five or six surgeries in both feet over the past five years or so.” (Photo by Samantha Witherwax/Cronkite News)

WASHINGTON – It’s a jarring statement, but for Dr. David Armstrong and his patients it makes complete sense: “Pain is a gift from God.”

It makes sense because Armstrong, a University of Arizona surgeon, works with diabetic patients whose symptoms sometimes develop into neuropathy, or loss of feeling – the loss of what Armstrong said can be the “gift of pain.”

“I don’t think any of us want to have pain but, remarkably, this is the reason we react to things,” said Armstrong, who was in Washington as part of a panel discussion Tuesday at the Capitol on advances in “diabetic limb salvage.”

“What is so strange and sinister, but also blatantly apparent in folks with diabetes, is that after a while with diabetes, folks lose that gift of pain,” said Armstrong, the director of the Southern Arizona Limb Salvage Alliance.

The panel, organized by the American Podiatric Medical Association, was aimed at raising awareness of a typically overlooked issue, the problems of foot ulcers, amputations and kidney failure in diabetic patients.

There are more than 29 million Americans with diabetes, according to the American Diabetes Association, and more than 70,000 in a typical a year will face amputation of a foot or part of a leg as a result of the disease.

That’s because lesions that develop in the feet of patients with neuropathy may often go untreated long enough that amputation is the only option. Henry Hughes Jr. knows the challenges.

“It’s a very slow, progressive disease, but over time it’s caused my feet and hands to develop neuropathy,” said Hughes, a diabetic who was one of the panelists at Tuesday’s event. “I’ve had about five or six surgeries in both feet over the past five years or so.”

People “don’t think about it, because it’s often covered up by a shoe,” Armstrong said of foot ulcers. “It’s a silent and sinister syndrome.”

Armstrong and others have high hopes for a drug from Cuba, Heberprot-P, which can speed healing of diabetic lesions, according to researchers working on the drug.

Developed 10 years ago, the drug has been used to treat more than 200,000 patients for foot ulcers in 26 different countries.

Carlton Anderson is CEO and co-founder of Mercurio Biotec, which was formed for the purpose of bringing Heberprot-P to the United States. He thinks the drug, which has been shown to have success rates as high as 70 to 80 percent, could make a huge difference for diabetic patients.

Heberprot-P is now in the process of being approved for clinical trials in the U.S., trials that Armstrong hopes the University of Arizona will be a part of before the end of this year.

“We’re talking about marrying just a little bit of technology with some tenacity to make a difference and prevent amputations in our patients,” Armstrong said. “And the great news is that we can do it.”