Three chefs prepare salads during their training at the Arizona Culinary Institute in Scottsdale, Arizona. (Photo by Blake Benard/Cronkite News) 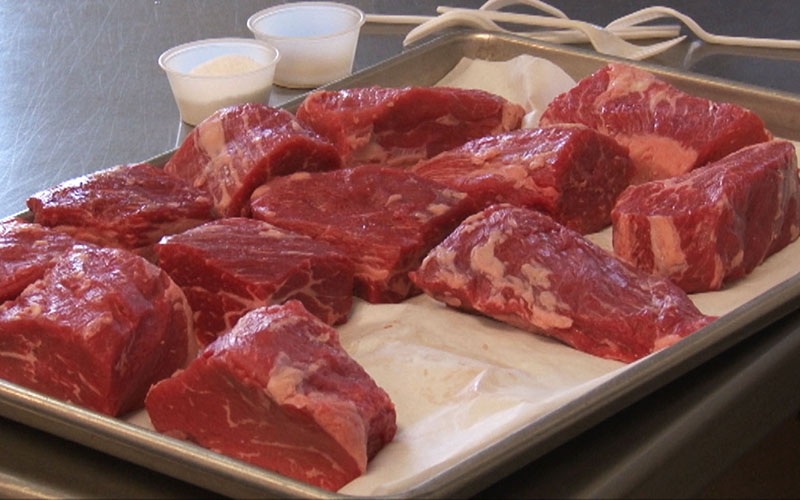 Meat sits before being properly bagged at the Arizona Culinary Insitute in Scottsdale, Arizona. (Photo by Blake Benard/Cronkite News) 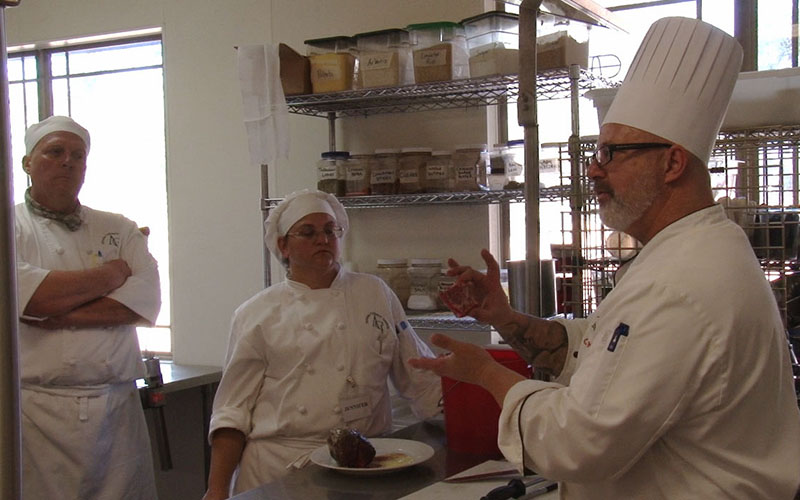 One lead chef instructs others on how to proper prepare and bag meat for later use at the Arizona Culinary Institute in Scottsdale, Arizona. (Photo by Blake Benard/Cronkite News) 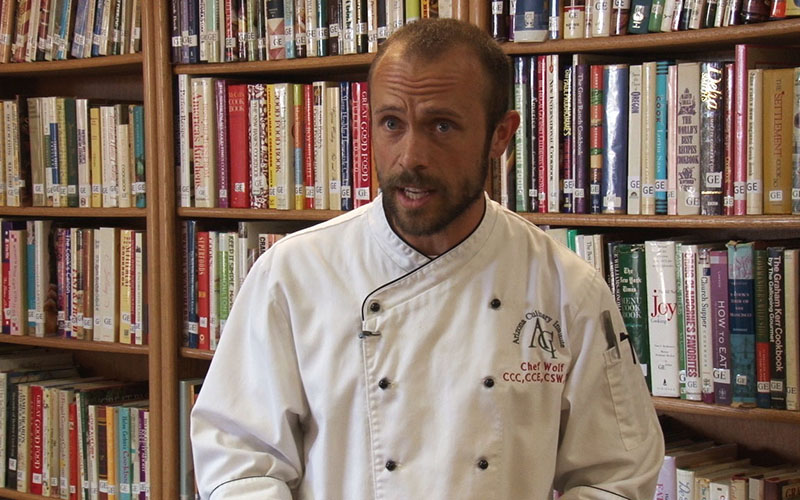 “You can kill people if you’re not being careful. People can get extremely sick,” said Christopher Wolf, executive chef at Arizona Culinary Institute, which trains future chefs.

It’s a serious issue. Recently, Chipotle, the national restaurant chain, dealt with an E. Coli outbreak that affected 55 people and hospitalized 21. In 2013, an E. coli oubreak at a Mexican food restaurant in the southwest Valley sickened 94 people and led to the temporary closure of the restaurant.

Chefs and others who work in kitchens follow strict guidelines while preparing food to ensure it remains safe, Wolf said.

“You’re talking about times and temperatures and dealing with potentially hazardous foods. Cross contamination is a huge one. Making sure things are stored properly,” Wolf said.

He emphasizes to students to avoid cross contamination by cleaning their hands and kitchen tools like cutting boards after they touch raw chicken, meat or fish and before moving on to the next task.

Restaurants can get bad grades from inspectors and if they get too many violations run the risk of being shut down. Maricopa County has an app that will help find any restaurant’s latest health inspection and inspection information also is on their website.

However, restaurants can decide whether or not to receive a grade based on their inspection.

“People always ask me when they find out I’m a health inspector, they say where should I eat, where should I not eat,” Coonen said. “I tell them the first thing they can do is pull up their smartphone, download our app.”