The CDC has issued a travel warning for the Zika virus, which has been spreading northward from Central America. (Photo by Kaitlyn Ahrbeck/Cronkite News) 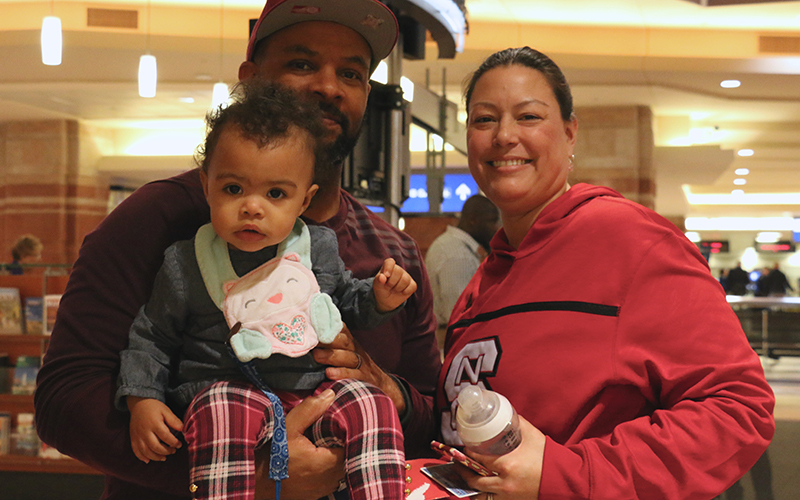 The Centers for Disease Control and Prevention has issued a Level 2 travel notice urging “enhanced precautions,” and the head of the World Health Organization said the Zika virus is spreading “explosively” throughout Latin America.

Brazil is among the countries most affected.

“I will have to talk to my wife and maybe rethink our plans to travel to Brazil,” said Alfredo Avalos, 41. Avalos and his Brazilian wife planned to take their two children on a family vacation to Brazil later this year.

The U.S. has at least 31 travel related Zika cases in 11 states and Washington D.C., according to the CDC. Arizona is not among the states where the illness has been reported. But the CDC is concerned the virus will continue to spread throughout the U.S.

The WHO said as many as 4 million people in Latin America may be infected.

Nichole Martinez, 39-year-old a mother of two, worries about the Zika virus for her children’s sake.

“The mosquitoes are here in the U.S. now,” Martinez said. “How it’s being transmitted: it’s concerning.”

The Zika virus is spread by mosquitos. There have been outbreaks in 26 countries, along with a spike in microcephaly, a defect that causes babies to be born with abnormally small heads. Authorities suspect the increase is linked to the virus.

“It’s affecting pregnant mothers,” said Martinez. “I’m done having children, but I have a young daughter and son. I travel, they don’t. I don’t want to bring the virus home to them.”

In May 2015, the Pan American Health Organization issued a health alert confirming the first Zika virus infection in Brazil. Since then, 3,530 cases of babies with brain malformations presumed to be associated with the Zika virus have been reported by the Brazilian Ministry of Health.

The CDC advises pregnant women or women who may become pregnant to avoid travelling to known Zika-infected countries. U.S. airlines is offering to refund tickets for pregnant woman travelling to regions of Latin America, including areas of Mexico where cases have been reported.

Odela Lopez, 30, has family ties to Mexico where relatives worry about the virus.

“They’re concerned for my sister,” Lopez said. “My sister is worried about getting pregnant.”