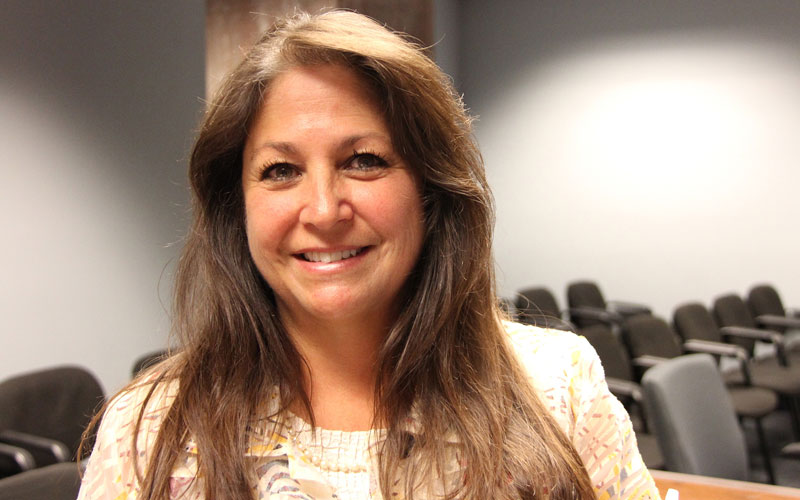 Kari Kling, co-leader of Arizona PANS/PANDAS Parent Support Group and mother of child who suffers from Pediatric Acute-onset Neuropsychiatric Syndrome, is part of a committee meeting at the State Capitol on how Arizona can address the disorders. (Photo by Claire Cleveland/Cronkite News)

“If we can create public awareness around the diagnosis of this condition then we can start to look at the appropriate treatment for the condition as well,” said Rep. Heather Carter, R-Cave Creek.

Making more Arizonans aware of Pediatric Acute-onset Neuropsychiatric Syndrome was on the agenda Thursday as Carter, chairwoman of the House Health Committee, convened a committee of experts, advocates, state leaders and parents.

PANS is a controversial diagnosis that links the sudden and acute onset of psychiatric disorders – such as anxiety, depression or aggression – with an infectious trigger or environmental factor. A subset of PANS, called PANDAS or Pediatric Autoimmune Neuropsychiatric Disorders Associated with Streptococcal, links obsessive compulsive disorders with strep throat — more specifically the antibodies created to fight strep throat.

Kari Kling, co-leader of the Arizona PANS/PANDAS Parent Support Group, has a 14-year-old son who was misdiagnosed with Tourette syndrome when he was 6 after complaining of a sore throat. Two years later he was diagnosed with PANDAS.

“I can tell you that my son, although he still has difficult days here and there, has made about a 95 percent recovery and it’s because he had the right treatment,” Kling said. However, “… there was no research about PANDAS or PANS at that time online that I could find. There was no support group; there was no one for me to turn to.”

Carter and others on the committee for Pediatric Neurological Autoimmune Disorders discussed a plan to raise awareness of the disorder in the medical community and open a Center for Excellence that will focus on the research, diagnosis and treatment of PANS/PANDAS.

A consensus statement published late last year in the Journal of Child and Adolescent Psychopharmacology is a small victory for the committee. The statement is an agreement by researchers on the disorder and recommends ways to evaluate youngsters who have symptoms of PANS/PANDAS.

Sydney Rice, a developmental pediatrician and associate professor of Pediatrics at the University of Arizona, said the consensus statement will help to change medical professional’s minds about the disorders.

“Medicine is always changing. What I was told when I was in medical school was that in 10 or 15 years half of what I learned is going to be wrong,” she said.

Kling said the right treatment comes in the form of a center that is devoted to PANS/PANDAS. The committee has been working to create the center with the University of Arizona. Some of the sub-groups of the committee will meet between now and the end of the year to work on funding the $5 million project over the next 5 years.

“This is very treatable when it’s caught early and that’s our goal,” Kling said. “Our national motto is ‘Know the symptoms, change the outcome.'”