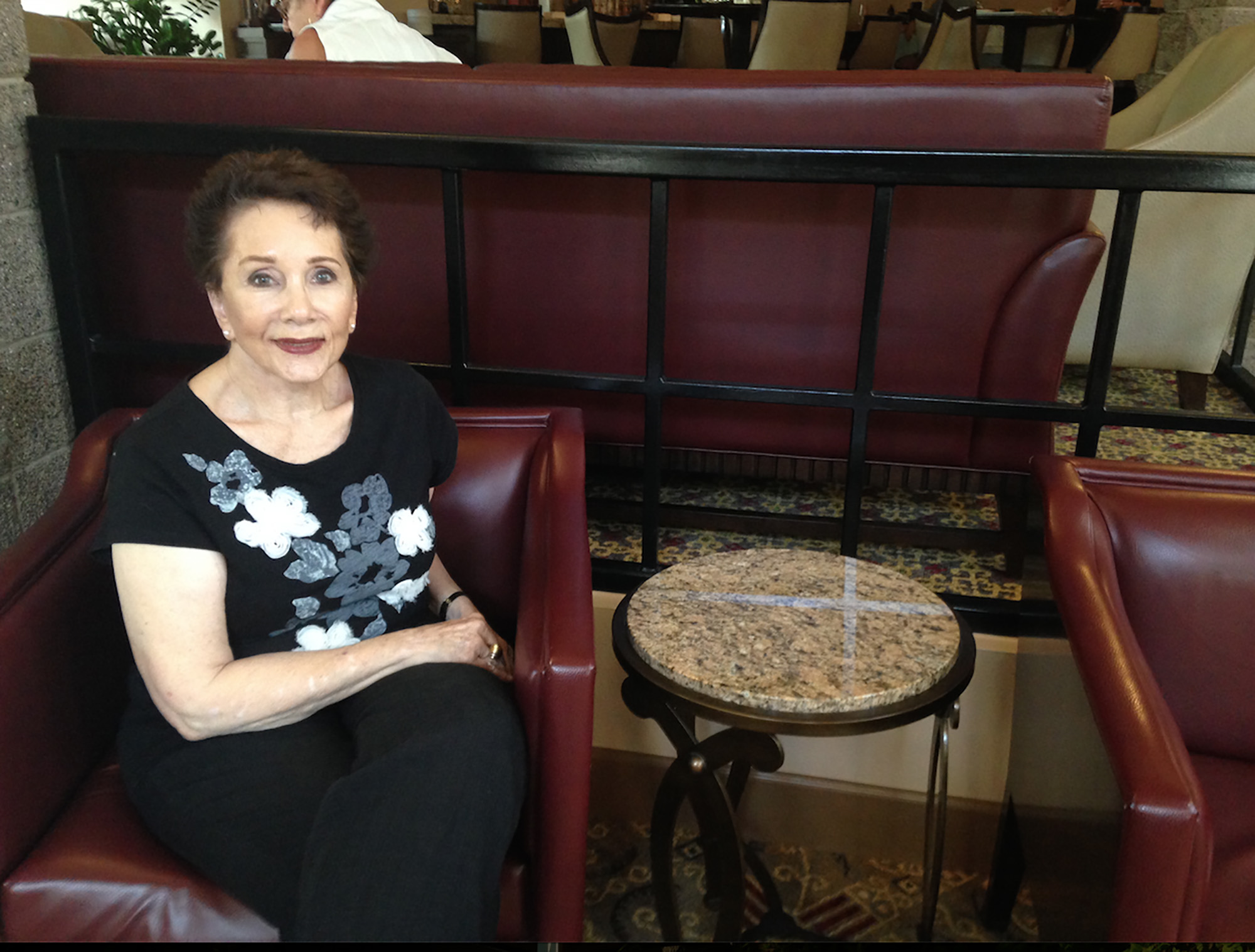 Lynn Brown Rosenberg, author of “My Sexual Awakening at 70,” a book about her personal experience, said she urges fellow seniors to educate themselves about sex. State figures show a rise in sexually transmitted diseases among those age 55 and older. (Photo by Mackenzie Concepcion)

Health officials have good news and bad news when it comes to Arizona’s senior set.

“We think of older adults being disinterested or asexual, but that’s not true at all. We’re sexually active well into our eighth and ninth decades,” said Marianne McCarthy, associate professor and researcher with Arizona State University College of Nursing and Health Innovation’s Center for Healthy Outcomes in Aging.

“But as people get older, they tend not to practice safe sex as often as you’d think,” she added.

According to an annual report from the Arizona Department of Health Services, though people 15 to 29 years old reported more STDs – also known as sexually transmitted infections, or STIs – than any other age group in 2013, rates among Arizona residents 55 and older are rising.

According to the statewide data, rates of chlamydia, gonorrhea and syphilis have all risen from the previous year. But the report notes gonorrhea is spreading faster among people over the age of 40.

And the Maricopa County Department of Public Health, which reported more than half of the STD cases in the statewide evaluation, shows even larger increases in its 2014 data.

According to the county report, gonorrhea rates for Maricopa County’s older population jumped from 6.1 to 12.7 between 2012 and 2014.

Denise Millistine, senior associate consultant at the Scottsdale Mayo Clinic Division of Women’s Health Internal Medicine, said gonorrhea is particularly easy to spread because the symptoms are hard to identify.

“A lot of people don’t have symptoms that they distinguish from how they feel normally,” she said.

Millistine said there’s no evidence that an aging immune system would make people more susceptible to STDs. But she said physiological changes could possibly ease the spread of bacteria.

“There are changes in the tissue that occur,” she said. “Trauma is more likely to cause micro-tears in thinning tissue, which would allow organisms to get in more readily.”

The trend in STD rates could also relate to the fact that that people are living longer, healthier lives, said Georgia Hall, a gerontologist, director of Gerontology and Geriatrics at the University of Arizona’s College of Medicine in Phoenix and member of the Arizona Department of Health Services Healthy Aging Advisory Board.

“They say 60 is the new 40,” she said. “People are working longer and maintaining sexual activity.”

Arizona’s population is aging. According to the Department of Health Services, there will be as many people over the age of 65 as those under 15 within the next decade.

Hall also said the spread of STDs among the older population could mean the age group has changed its attitude toward sexual behavior.

She said this might have something to do with people from the free love generation of the 1960s getting older.

“The hippies are going into Medicare,” Hall said. “Their societal attitudes – their attitudes toward being faithful to one person – may not be the way it was with their parents or grandparents.”

Changing attitudes are occurring nationwide, according to a 2014 global Pew study showing that more than half of the U.S. population thinks premarital sex is either morally permissible or not a moral issue.

“The ones that are based on social models of care where you encourage social interaction through activities – that’s where that’s happening,” she said.

Pepper Schwartz, sex and relationship expert for AARP, said it’s easier than ever for older people to meet up with the advent of Internet dating.

“The fabulous thing about the Internet is they can find out who’s really out there they might never have run into otherwise,” she said.

Schwartz said drugs like Viagra and Cialis are also increasing older males’ sex drive, which she said may decrease with age.

“Libido is always, in part, psychological,” she said. “The fact is that there is a lot more confidence with these drugs, and it does affect desire in a positive direction.”

Meanwhile, Schwartz said, older people have “an especially abysmal record” of condom use.

Jennifer Bass, communications director with the Kinsey Institute for Research in Sex, Gender and Reproduction, said many people 55 and older are singles trying to find new partners after long marriages that ended in the death of a spouse or separation.

And according to a study published in the scholarly journal Demography, there are a lot of older singles these days. Data show U.S. divorce rates among people over the age of 35 have doubled between 1980 and 2010.

Bass said safety often isn’t a priority among these singles because they were never educated about it.

“They’ve been out of the market for quite a while. So they don’t really know about protecting themselves,” Bass said. “They’re not worried about becoming pregnant, but they might not think about the consequences relating to STIs.”

Lynn Brown Rosenberg, author of “My Sexual Awakening at 70,” a book about her personal experience, said she urges people her age to educate themselves about sex.

She said she personally benefitted from opening her mind 15 years after her husband’s death, when she was 69.

“My education came from my own exploration,” Rosenberg said.

She said she didn’t learn anything useful about sex from her parents or from her school when she was growing up and suspects this may be the case for others from her generation.

“I’d been kind of repressed with strange messages I received when I was young,” Rosenberg said. “My parents told me, ‘Only prostitutes enjoy sex.'”

Jonathan Zimmerman, professor of education and history at New York University and author of “Too Hot to Handle: A Global History of Sex Education,” said there is little evidence indicating that sex education in public schools can even influence students’ sexual behavior or increase use of protection.

“The burden on sex ed is extraordinarily high,” he said. “We’re actually asking it to change the choices people make outside of school, and I think we don’t have a lot of evidence that it can do that.”

Georgia Hall, gerontologist with the UA College of Medicine in Phoenix, said health care professionals need to address the problem by communicating more effectively with their older patients.

“We have to change our mindsets about the lives of older adults,” she said. “We need more education, and the issue needs to be more out in the open because people are suffering.”

STDs in the report:

Gonorrhea: Very common STD that can cause infections in the genitals, rectum and throat. Most women and some men do not show symptoms. Gonorrhea can be cured with a prescription dual therapy treatment.

Chlamydia: Another common STD that can damage the reproductive system. Symptoms may not appear until several weeks after transmission. It can be cure with prescription treatment. But it is necessary to test again after three months because repeat infections are common.

Syphilis: STD that cause long-term complications if not treated properly. It occurs in three stages according to symptom: primary, secondary, latent and late. It is curable with antibiotics.