Proposition 208, which has roots in the statewide Red for Ed movement two years ago, would provide millions for public education by imposing a surtax on earnings over $250,000 for individuals and $500,000 for couples. Opponents say this is no time for tax hikes on anyone. 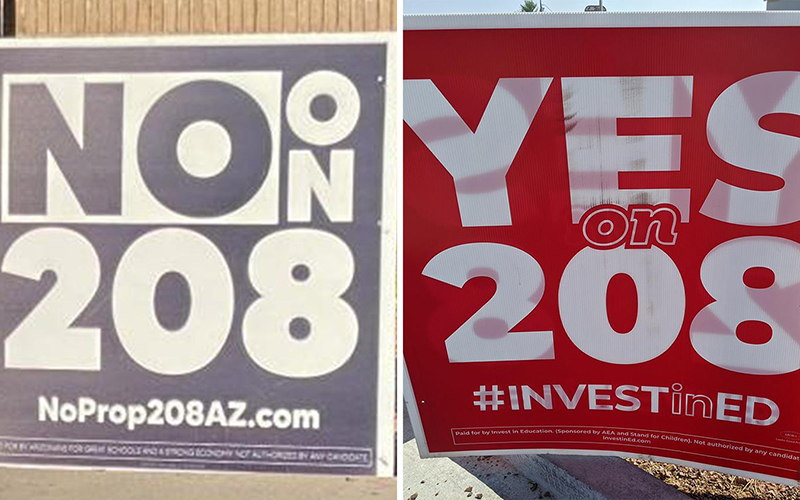