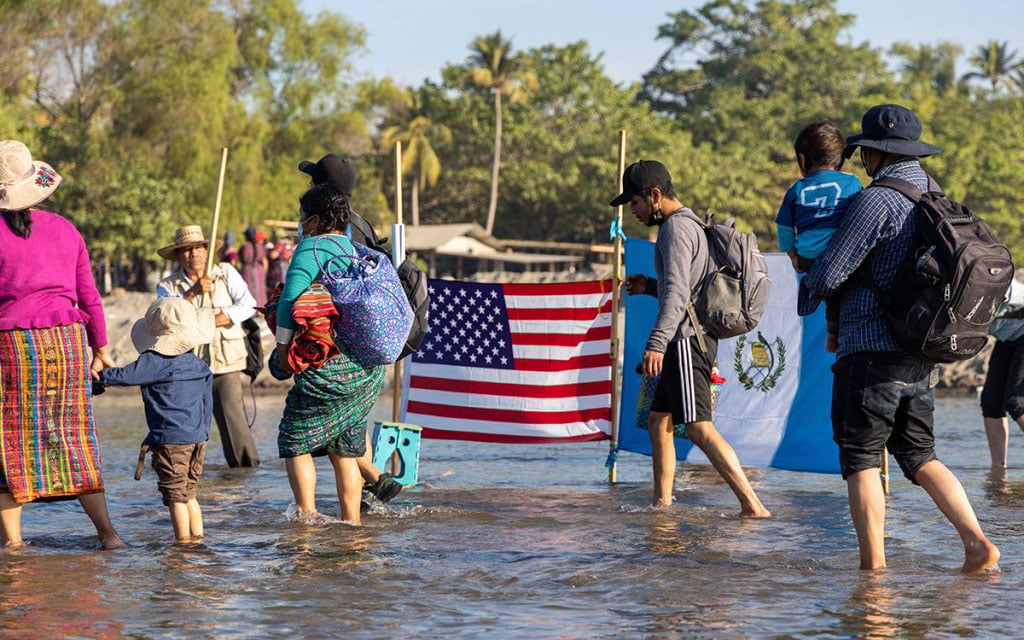 Migrants walk past Guatemalan and U.S flags set in the Suchiate River, which separates Mexico and Guatemala. Some call nearby Tapachula, Mexico, the “new U.S. border,” as more and more migrants are coming to the U.S. from other countries and crossing Mexico to get here. (File photo by Drake Presto/Cronkite Borderlands Project)

WASHINGTON – The surge of migrants at the southern border has included skyrocketing numbers from countries that were barely represented in previous years, presenting a challenge that experts say the U.S. is not equipped to address.

While Mexicans still account for the largest group of migrants, according to U.S. Customs and Border Protection data, their share of the total has been slipping compared to Cubans and refugees from Central and South America who are fleeing political, criminal and economic threats back home.

“Traditionally, maybe 10-20 years ago, a lot of the migrants arriving at the border were single adults from Mexico looking for economic opportunity,” said Danilo Zak, assistant vice president of policy and advocacy for the National Immigration Forum, a pro-immigration advocacy group.

“Around 2014, things began to change. We saw a large increase in unaccompanied children and families and people seeking protection from the Northern Triangle, from Honduras, Guatemala and El Salvador,” Zak said.

That change took off between fiscal 2020 and fiscal 2021, when the number of migrants from Mexico fell from 65% of the total to 38%, even though the actual number of Mexicans more than doubled in that time. They were overwhelmed by increases in migrants from the Northern Triangle countries of El Salvador, Honduras and Guatemala.

The shift continued in fiscal 2022, when the number of asylum seekers from Colombia, Venezuela, Cuba and Nicaragua exploded.

Aaron Reichlin-Melnick, policy director at the American Immigration Council, said the U.S. has not been able to adapt its policies, which were mostly designed to handle Mexicans, to cope with the change in sending countries.

“A lot of those tactics and policies are simply ineffective at those arriving from further abroad,” Reichlin-Melnick said.

“The core principle underlying modern border enforcement regimes around the world is that a country cannot send people to a place that cannot accept them,” he said. “What that means is that once a migrant is on U.S. soil, if there is no country that is willing to take them, then the United States has no choice but to allow that person to access the asylum system or remain in the United States while it searches for a third country that will accept them.”

That has led to massive backlog in immigration court for people seeking asylum, a delay that can take up to 85 months – more than seven years – for an immigrant’s first day in asylum court, according to Ira Mehlman, media director for the Federation for American Immigration Reform.

Mehlman lays the issue at the feet of the Biden administration, which he said has not been strict enough in enforcing immigration laws. 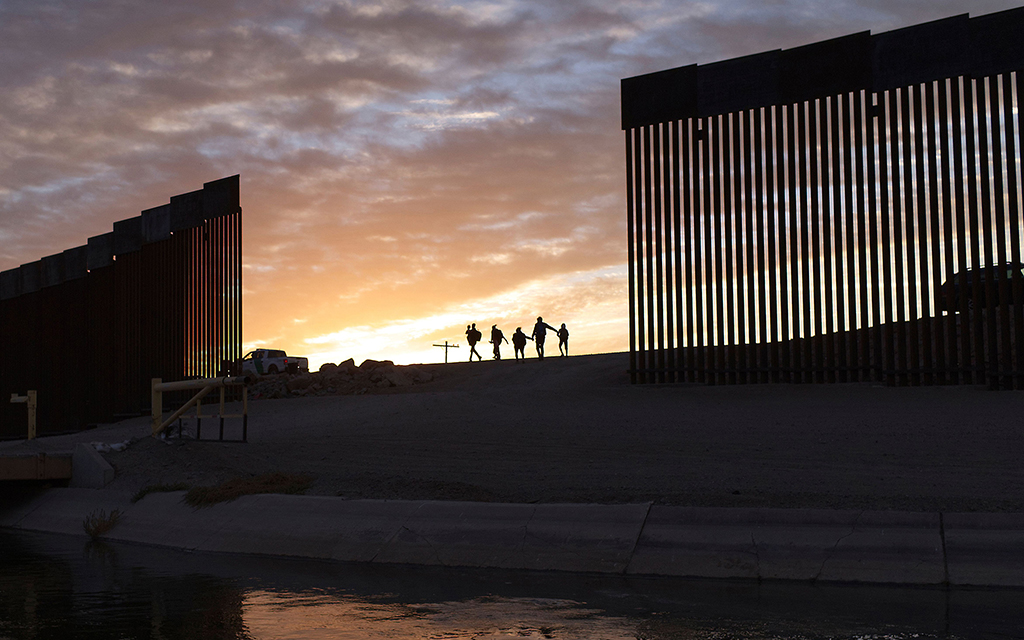 “The issue stems from the fact that the Biden administration has sent a very clear signal: If you come to the United States from a non-contiguous country and request political asylum, we are going to allow you to remain here,” Mehlman said.

Reichlin-Melnick agreed that the system is “grossly backlogged” with “nearly 2 million people in immigration court proceedings,” some of whom entered during the Obama years and still have not gotten a decision in their case.

To Mehlman, the backlog is not the only issue. He also said U.S. asylum policies have been too lax, letting immigrants continue on to the U.S. instead of making them stop in the first safe country they reach on the way here.

“The asylum process is not there to provide people with their ideal landing spot, it is there to protect them from persecution at the hands of their own government,” Mehlman said.

“Once you are beyond the borders of your home country, the country you claim is persecuting you, then you are no longer in imminent danger and you should be required to request political asylum in the first safe country you come to – not the second, the fifth or the 10th,” he said.

But Reichlin-Melnick and Zak said the influx is not going to stop and that the U.S. must adapt its policies to keep up with the changing demographics. That includes increased funding to help process migrants at ports of entry and putting more resources toward the “back end” of the system – the courts – to put it in balance with frontline agents and officers.

Zak said that while the reasons for the mass migrations are “numerous,” one thing is clear: “All of those countries are going through crises.”

In Honduras, 12.7% of the population lived on a wage of less than $2.15 a day in 2019, according to data from the World Bank. which said the country had a homicide rate six times the global average in 2020. El Salvador, Venezuela and Mexico all posted murder rates near or above Honduras in recent years, although 2020 data was not available for those countries.

In Venezuela, Zak said “the entire region is becoming more unstable and so those who were able, previously, to find some protection, are no longer.”

“If you look at what is happening in Venezuela, it has actually been one of the largest forced migration crises in the world over the last several years,” Zak said.

The worsening crises abroad can be seen in the shifting makeup of people at the border – and in the risks they are willing to take to get there. Reichlin-Melnick said that Venezuelans who were once able to fly to Mexico are now making the dangerous trek through the Darién Gap, a rugged border between Colombia and Panama.

The Council on Foreign Relations described the Darién Gap as one of the most “imposing” obstacles migrants have to grapple with “on one of the world’s most dangerous migration routes.” Reichlin-Melnick said that crossing “used to be considered too dangerous to ever attempt to cross.”

Fleeing for a country that Reichlin-Melnick said is still seen as a beacon of hope in the Western world. He said the U.S. needs to live up to that image.

“People see us as a land of opportunity, still, and a place they can be safe, a place they can raise their families without fear and without political oppression,” Reichlin-Melnick said. “People are choosing to come here because they believe in that vision in the United States.

“Unless we actively seek to destroy the vision that people have of the United States as a land of safety, people are going to keep coming,” he said.