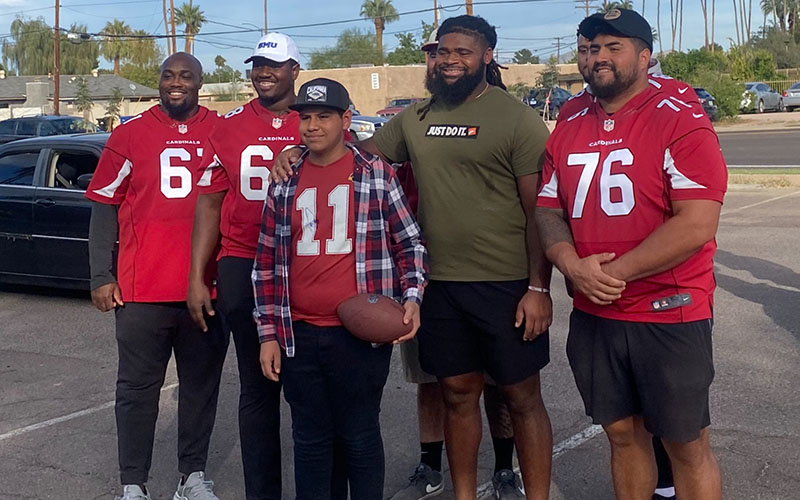 Arizona Cardinals players pose with a student at the Eisenhower Center for Innovation, where Verizon’s Gridiron Giving Challenge was held Nov. 1. (Photo by Nikash Nath/Cronkite News)

PHOENIX – Birds of a feather eat together.

Or at least about 175 families did earlier in November as part of Verizon’s Gridiron
Giving Challenge at the Eisenhower Center for Innovation in Mesa. They were guests of Arizona Cardinals offensive tackle Kelvin Beachum, some of his “Red Bird” teammates, Verizon and the United Food Bank.

The event matches Cardinals fans against New Orleans Saints faithful to see which group of fans can raise the most money to “tackle hunger” in their community.

As someone who grew up in a family that was near the national poverty level, Beachum has made it a point to ensure hunger in the country doesn’t go unnoticed, which has become even more important with inflation driving food costs skyward.

“You still have families that are in need that just need the basic necessities in life, and to be a part of the solution instead of just talking about the problem, that’s what we are doing today.”

Grace Bishara, the director of corporate relations at United Food Bank, shares Beachum’s view and said inflation is driving up the need for food assistance, which makes the event that much more meaningful.

“With the pandemic, we saw really high levels (of need),” Bishara said. “But now with inflation, we are seeing even higher numbers. We used to build around 26,000 emergency food bags a month, and now we are building 36,000. So this is a much higher distribution.”

An event like Beachum’s requires cooperation from a variety of entities.

“Verizon is a huge partner with the NFL and, of course, there’s been a tradition of competition between the Saints and Cardinals,” said Monica Pate, director of consumer sales for Verizon. “But what better way to be competitive than who can give back the most? So that’s what we are doing with Gridiron Giving.” 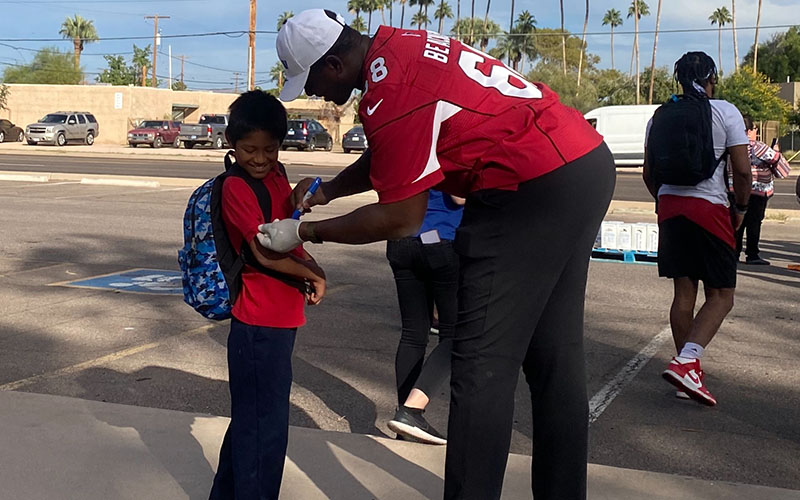 Beachum now serves as the face of the event for the Cardinals, replacing former Cardinals cornerback Patrick Peterson, who signed with the Minnesota Vikings before the 2021 NFL season.

“To be able to compete against the New Orleans Saints is something I’m really excited about,” Beachum said. “This is a great opportunity for fans to come out and get involved.”

Beachum, 33, is entering his second season with Arizona, but he isn’t new to community service. Since his days playing at Southern Methodist, Beachum has been an advocate for the less fortunate.

“I did this in college when I didn’t have a platform,” he said. “I’ve been doing this for over a decade now.”

He has quietly continued his work since entering the NFL as a seventh-round pick of the Pittsburgh Steelers in 2012.

During his time with the New York Jets, Beachum was named Week 6 NFL Players Association Community Most Valuable Player for leading the World Food Day Match Challenge, an event that generated $71,590 for five food banks to combat domestic food insecurity.

Beachum said he doesn’t know whether Peterson is aware that he has continued the event Peterson supported, but their charity connection didn’t stop the former teammates from talking some smack when the Cardinals lost to the Vikings on Oct. 30.

“It was great to see him the other day,” Beachum said shortly after the game. “He was doing a lot of trash-talking, so I don’t think we got to the conversation about this at all.”

The Eisenhower Center for Innovation, a public elementary school in Mesa, is among the 150 agencies in five Arizona counties where the United Food Bank distributes food to, according to Bishara. 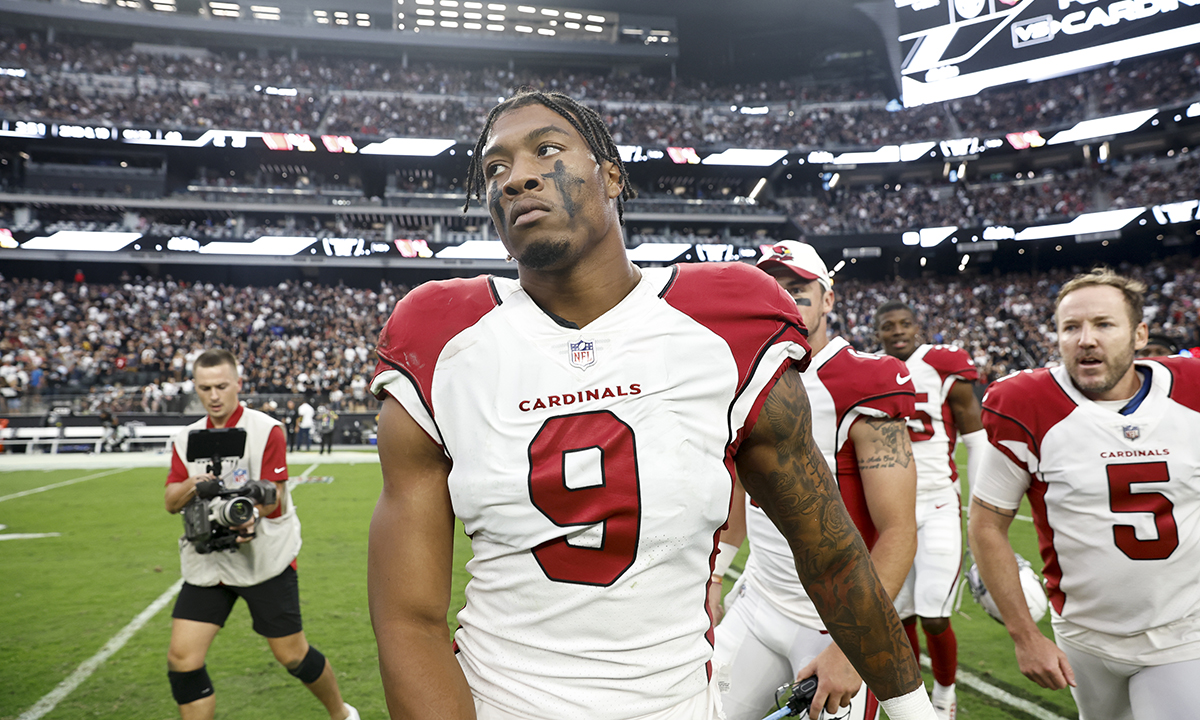 She added that, while the holiday season is fast approaching, Beachum makes it a point to make sure people who need help are fed beyond the holidays, too.

“Beachum wanted to do a distribution with us specifically for families in need, and he wanted to do it outside of the holidays because he wanted to show that you should be giving any time people need it,” Bishara said.

Verizon volunteers, United Food Bank, and some of Beachum’s fellow offensive linemen from the Cardinals, including center Rodney Hudson, guard Will Hernandez and rookie guard/tackle Marquis Hayes, joined Beachum at the event to help support the cause.

“You can just see the thankfulness on these people’s faces, they are excited to see their Cardinals because they are celebrities in our community,” said Pate, the Verizon representative.

Hernandez, 27, is currently in the middle of his first season with the Cardinals after signing as a free agent in the offseason and has wasted no time giving back to the Arizona community.

“I’m from Las Vegas, so I know a lot of people from this area and especially coming out with a new team I want the fans to know I have their back,” Hernandez said. “It’s a really cool experience to be able to give back.”

Despite doing this for several years now, Beachum will never stop feeding families in need no matter the circumstances.

“To be able to still do this and still provide and serve in this particular capacity is something families still need no matter what’s going on in society right now,” Beachum said. 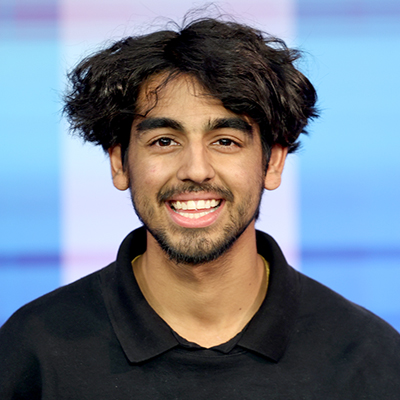