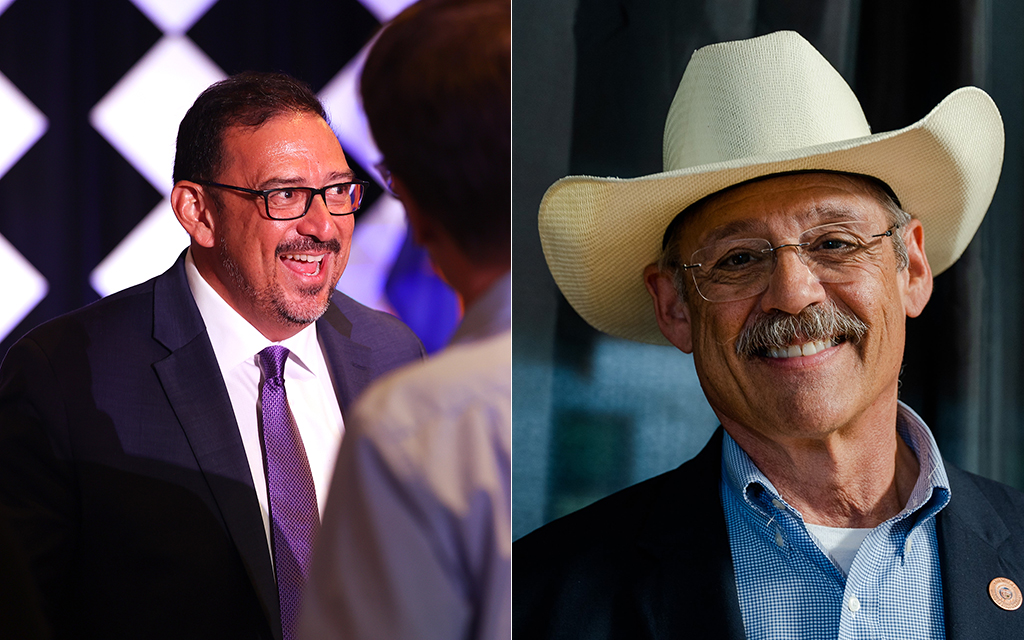 PHOENIX – The result of the 2022 Arizona secretary of state race was still up for grabs Wednesday, although Democrat Adrian Fontes held an advantage over Republican Mark Finchem.

He thanked his supporters and said he “feels pretty good” about early numbers, but promised to trust the due diligence of the election by making sure “every vote counts.”

The race featured opponents with fundamentally different opinions about the legitimacy of the 2020 election, which Joe Biden narrowly won in Arizona over Donald Trump.

Finchem, who fashioned himself as a Trump Republican, has been adamant that the election was stolen, questioning the use of electronic machines in counting votes leading to inaccuracies of voting.

In a Sept. 22 debate on Arizona PBS between the longtime Republican legislator and his opponent, Fontes, a former Maricopa County recorder, Finchem said he’s running for the post to “restore honor, restore integrity, restore security to the Secretary of State’s Office.”

Fontes, who lost his job as recorder in 2020, said the election results were fair and he stands by their outcome.

He said he’s concerned about election officials, not the election system. Fontes believes the system is threatened by disloyal Americans, including Finchem, and has called for state and federal election safeguards for more than a year. He also believes election administrators need to do a better job of proving that the system is fair.

The system is the problem, Finchem said.

He and Republican gubernatorial candidate Kari Lake last summer filed a lawsuit asking a federal judge to deny the use of machines to count votes in Tuesday’s election – and to only count votes by hand.

A judge dismissed the lawsuit, saying there was nothing to prove from the claims, which he called “vague,” “speculative” and ultimately amount to “conjectural allegations” from the use of machines.

Finchem’s denial of Trump’s defeat and his possible role in efforts to thwart the result has attracted scrutiny.

He was subpoenaed by the House Select Committee investigating the Jan. 6, 2021, attack on the U.S. Capitol, which was interested in his involvement in the planning of the rally that led to the attack. Finchem said he was at the Capitol on Jan. 6 but did not enter the building.

His ties with Trump go back several years, and he was motivated to run for secretary of state by Trump’s loss to Biden. Trump endorsed Finchem in September 2021, and the two have held several rallies together.

Fontes, a native of Nogales, has a background as a Marine and prosecutor, experiences, he said, that shaped his goals.

Finchem grew in southwestern Michigan and worked as a firefighter and paramedic right out of high school. He graduated from Grand Canyon University with a bachelor’s degree in State and Local Public Policy and is working to complete his master’s degree in Law and Economics at the University of Arizona. He spent much of his career as a public safety officer.