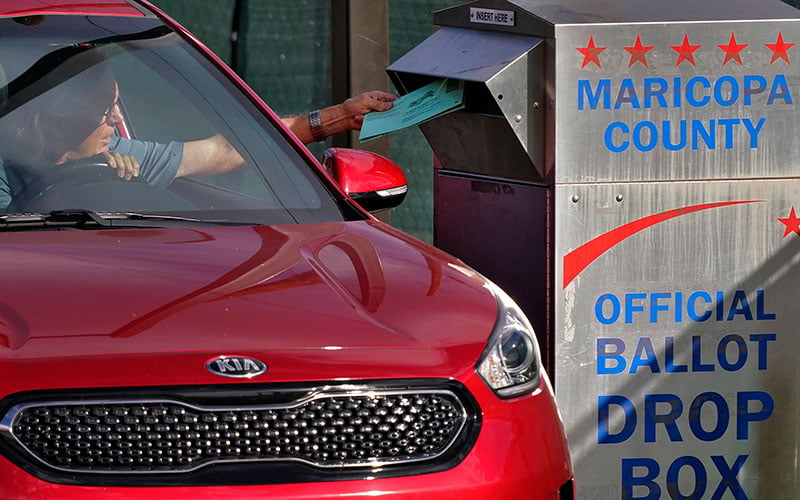 A voter casts a ballot at a ballot drop box at the Maricopa County Tabulation and Election Center on Monday – the same day a federal judge ordered restrictions on groups that have been watching the boxes, intimidating some voters when they come to deposit a ballot. (Photo by Matt York/AP/Shutterstock)

WASHINGTON – A federal judge set new limits on groups watching ballot drop boxes, ordering them to stop confronting and filming voters, to stop carrying weapons near the boxes and to correct voting misinformation on their social media.

The temporary restraining order late Tuesday from U.S. District Judge Michael Liburdi came just days after he rejected a request from voters’ groups to ban the monitors entirely, saying they had a First Amendment right to watch the drop boxes.

It also comes as the Justice Department this week joined a separate lawsuit charging the monitors in Arizona with voter intimidation. The Arizona secretary of state’s office said that since the start of early voting, it has received at least 10 reports of voter intimidation by groups of people – some armed – sitting outside voting locations with cameras aimed at the drop boxes.

Liburdi’s order, in effect until a week after Election Day, says those groups can still film and photograph the boxes, but must be at least 75 feet away when they do so. It prohibits them from posting images or personal information of voters online, “including, but not limited to, the individuals’ identity, their distinguishing features, their license plate number, model and make of car.”

Box monitors are prohibited from speaking with or yelling at voters – unless the voter yells at them first – and it says that the groups may not openly carry weapons or wear body armor within 250 feet of a box.

Finally, it orders Clean Elections USA and its founder, Melody Jennings, to post specific language on their websites and social media sites spelling out that voters can drop off more than one ballot at a time, for a family member, housemate or someone they care for. He also ordered them to post a note correcting past misstatements about Arizona law. 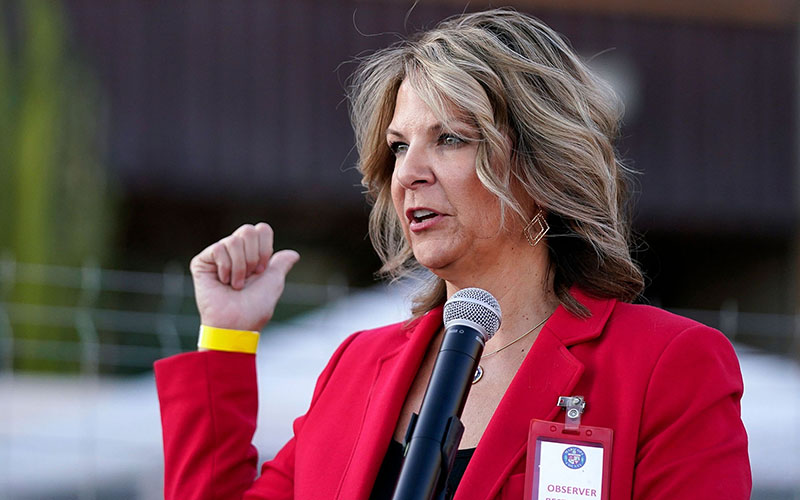 Jennings had complied by Wednesday, posting Liburdi’s language to her Truth Social account and a screenshot of the Arizona statutes on election fraud. Along with noting who can deposit another person’s ballot, Jennings added a note that she had “never stated otherwise.”

The Clean Elections USA website now features a link on its homepage to the “Arizona Statement,” which includes Liburdi’s language, the Arizona law and a link to the temporary restraining order.

Jennnings did not respond to a request for comment Wednesday. But the Arizona Alliance for Retired Americans, which filed the suit against Clean Elections USA, said in a Facebook post Wednesday that the restraining order is “a win for all Arizonans, especially seniors who are the most likely to vote by early ballot.”

The alliance and Voto Latino claimed in their suit that their members’ right to vote were threatened by intimidation from the drop box watchers.

In an emergency hearing before Liburdi last week, one woman testified that she felt threatened by the presence of a car whose occupants appeared to be filming her as she dropped off her ballot.

In complaints filed with the secretary of state’s office, another voter and his wife reported a group of people filming him and his license plate as he went to drop off his ballot, before accusing him of being a ballot “mule” and briefly trying to follow him out of the parking lot.

Liburdi recognized their concerns, but said the voters had not shown that the box watchers presented a “true threat” that would call for a limit on their First Amendment right to assemble.

The retirees’ alliance immediately appealed that ruling to the 9th U.S. Circuit Court of Appeals. But alliance President Saundra Cole said in the Facebook post Wednesday that the appeal would be dropped “since the Temporary Restraining Order covers the harassment and intimidation tactics we were primarily concerned with.” 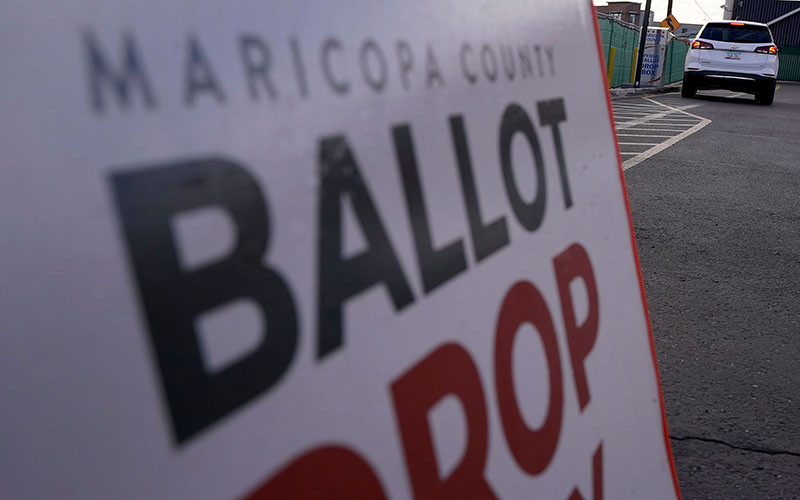 The order limiting the activities of ballot drop-box watchers came just days after the same federal judge said monitors could not be stopped entirely because they had a First Amendment right to watch the boxes. (Photo by Matt York/AP/Shutterstock)

“Arizona Alliance members will continue to do whatever we can to ensure all older voters can make their voices heard at the ballot box,” Cole’s statement said.

Liburdi is also weighing a similar suit from the League of Women Voters of Arizona against Clean Elections USA, as well as the far-right groups Lions of Liberty and the Yavapai County Preparedness Team. The Justice Department joined that suit, arguing in a brief filed Monday that the ballot watchers’ activities were not constitutionally protected.

“The First Amendment does not protect individuals’ rights to assemble to engage in voter intimidation or coercion,” Kristen Clarke, the assistant attorney general for civil rights, said in the brief.

Pinny Sheoran, president of the League of Women Voters Arizona Chapter, welcomed Liburdi’s order in the retirees’ case, saying it “sets a precedent that these kinds of actions are clearly illegal.”

Sheoran said she hopes the order will reassure voters of their safety.