PHOENIX – Three years ago, Cameron Johnson was part of a rarified draft class. There were Zion Williamson, Ja Morant and Darius Garland – all NBA superstars in the waiting – while Johnson was not far behind.

Before the beginning of this season, members of that 2019 class became eligible for contract extensions from their current teams. Top picks Williamson, Morant and Garland each signed massive deals, keeping them from becoming restricted free agents at the end of the season and ensuring they will be with their current clubs for a lengthy period.

However, some class members found themselves on the outside looking in.

Johnson was one of those players as he and the Phoenix Suns failed to come to an agreement on a long-term extension before the season. He still hopes to play in a Suns’ uniform for a long while, but any future negotiations will have to wait until this season’s conclusion.

“The fact of the matter is that I love playing here,” Johnson said. “Obviously, I would have loved to come to a conclusion.”

There were several factors that led to the two sides being unable to come to an agreement. First, Suns owner Robert Sarver is in the middle of selling the team, complicating the contract’s construction. The team is hoping a new owner is named soon, to help guide negotiations next summer. Also, large contracts were given to other players in the 2019 draft class outside of the lottery, inflating the market and making younger players more expensive. This includes Memphis’ Brandon Clarke and Houston’s Kevin Porter Jr., who each signed deals worth over $12 million per year, which could be considered expensive compared to similar values in the past.

Johnson, a central part to the Suns’ young core, has been a valuable player for coach Monty Williams. In his first three seasons, Johnson came off the bench and averaged 10.4 points per game while shooting 39% from the 3-point line. He was also a key defender in the second unit, using his length and 6-foot-8 size to match up against positions one through five on the court.

This year, Johnson joined the starting unit when the team and forward Jae Crowder mutually agreed to part ways. This gives Johnson a perfect opportunity to prove his worth and earn an extension that would keep him in Phoenix for years to come. Johnson is rumored to be looking to make starter-level money, which can range between $10-12 million in most cases.

“When he didn’t come to an agreement, I didn’t see it as a bad thing,” Williams said. “I just thought to myself, ‘Well, I hope you play yourself into the money that you want.’ I think he’s more than capable of doing that.”

Johnson’s situation is similar to center DeAndre Ayton. Ayton and the Suns failed to reach an agreement on an extension prior to the 2021-22 season. Ayton had to prove his abilities to the franchise during the season, showing he’s worth the max-contract extension. Even though Ayton signed a four-year deal for $133 million to leave Phoenix and join the Indiana Pacers, the Suns matched the contract, keeping him in the Valley for four more seasons. So far, Ayton’s been solid through the first four games of the season, averaging 18.2 points and 9.5 rebounds per game.

When players are in these situations, especially regarding contracts, they either step up and perform or cave to the pressure, ultimately hurting their chances of staying with the team. However, Johnson has been in high-pressure situations throughout his basketball career and understands he’ll have to push aside the contract chatter.

“It doesn’t change anything that’s going on now,” Johnson said. “What we’re all focused on now is this season, this chance, after coming so close the last couple of years, to make something truly special happen in June.”

Despite playing with an injury during the Suns’ 3-1 start, he has been productive in the starting lineup. He sprained his thumb during the preseason and sustained a right hip contusion during last week’s overtime loss against the Portland Trailblazers.

He has not let this injury bug frustrate him. In the first three games, Johnson was lethal from the perimeter, shooting 43% from the arc and scoring off open shots from playmakers Chris Paul and Devin Booker. However, Johnson struggled from the field against the Golden State Warriors Tuesday night. He did not let his shooting affect him, as his late-game defense and rebounding helped the Suns pull out a big early season 134-105 victory.

“Cam’s so smart so he knows and understands everything,” said teammate Mikal Bridges. “I think he knows what he’s worth and how good and how hard he works. This isn’t pressure to him at all. He’ll be fine.”

For the organization and the fan base, Johnson’s storyline will be interesting to follow. Johnson enjoys playing in Phoenix and has been active in the community during his time in the Valley. He is a good player and fits well with the team. He also understands what the organization and Williams need from him to win, and can adapt to most any role with any unit. He understands his role with different personnel on the court but never tries to do too much, unlike other players in recent draft classes.

“I try my best to put guys in the situations in our program,” Williams said. “Hopefully to develop guys so they can make that amount of money that they want to make.”

At 26, his age compared to some of the other players such as Porter Jr. (22) and Garland (22), the potential of his draft class will likely impact the amount of money the Suns will offer. This hurts Johnson since his improvement will not be as vast as younger players selected in 2019. On top of that, the Suns also have a lot of money tied to Booker, Paul and Ayton, meaning signing Johnson could impact the team’s salary cap and future retooling of the roster. The Suns need to be shown that Johnson is worth the starter-type money he wants.

Johnson knows the re-negotiation process will resume in the summer of 2023. For now, there’s only one thing he can control – his play on the court.

“I think I can put the business side away as business negotiations are done and that box won’t be reopened for a number of months now,” Johnson said. “So I’ll put that behind me and focus on what I’m actually here to do.” 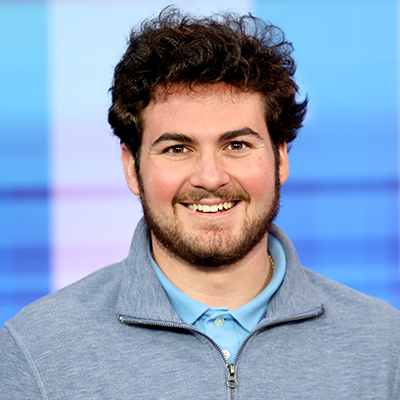