WASHINGTON – The Maricopa County sheriff said he plans to step up security at voting locations in the run-up to Election Day, following more reports of individuals – in some cases armed – filming and tailing voters at ballot drop boxes.

Sheriff Paul Penzone said those groups are often within their rights to watch a ballot drop box and that police can only do so much if the watchers are not causing a disturbance. But Penzone said voters can still safely drop off ballots, as deputies will be on alert.

“We want to have a presence that reminds people to behave well,” Penzone said of the drop box watchers. “Just pretend like everywhere you go there’s someone watching you and you’ll behave better.”

His announcement Monday followed a weekend during which the secretary of state’s office received four incident reports from voters who said they felt intimidated by people hanging out near ballot drop boxes, filming them and their license plates as they turned in ballots.

In one report, a voter said a man had a large camera set up on a tripod to film voters and their license plates while dropping off their ballots.

Those followed a report last week in which a couple in Mesa described being filmed as they approached the drop box. They said a group of people accused them of being a “mule” – an apparent reference to a debunked movie claiming ballot box irregularities in the 2020 election – and then tried to follow them out of the parking lot to take a photo of their license plate. 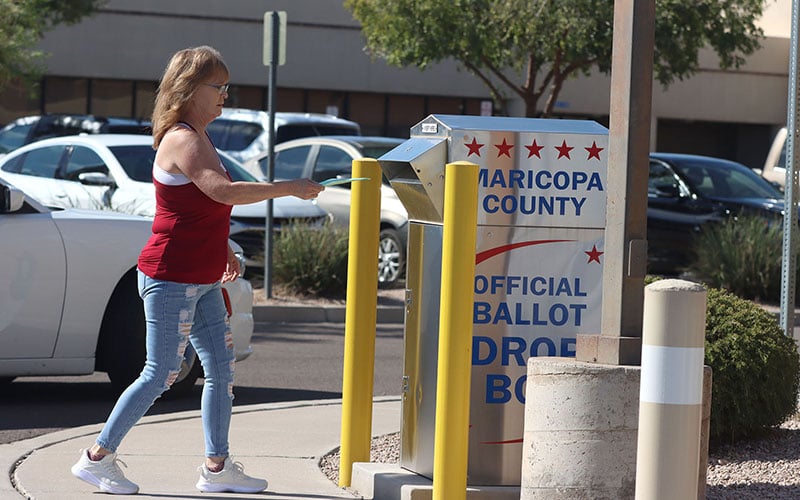 The secretary of state’s office said this week that it had referred those five incidents to the Justice Department and the FBI’s Arizona field office for further investigation.

The reports also sparked a lawsuit by the Arizona Alliance for Retired Americans and Voto Latino against Clean Elections USA, a right-wing group that has encouraged individuals to watch ballot drop boxes. That suit, scheduled for a hearing Thursday in U.S. District Court in Phoenix, said “immediate relief is necessary.”

“Plaintiffs, their constituents and members, and untold numbers of Arizona voters will suffer irreparable harm if the right to vote is imperiled by the same forms of virulent harassment that federal law has prohibited since after the Civil War,” the groups’ complaint says.

Clean Elections USA could not be reached for comment Tuesday.

Penzone said his office has filed two suspicious activity criminal reports, but the majority of what his deputies have seen so far has been just disrespectful, not criminal.

According to the secretary of state’s website, filming and photography are prohibited within 75 feet of a voting location, but otherwise allowed.

“If there’s somebody out there who has the right to be present … we’re going to just make sure that’s a safe space and we’re going to allow people to do what they’re allowed to do,” Penzone said.

“If they are trying to influence how you vote because they are doing something that threatens your well-being … then they’re going to be under that criminal space,” he said.

There were no threats of violence mentioned in any of the reports Secretary of State Katie Hobbs’ office has received so far. But the same could not be said of an expletive-filled email over the weekend targeting Hobbs and Election Services Director Kori Lorick.

The email, addressed to “all corrupt and treasonous government officials,” threatened that they would be removed from office if they “(mess) with the integrity of the AZ election” – using a profanity in place of “mess” – and asking if they “remember the French Revolution of 1799??”

It was just the latest threat of violence directed at election officials in Arizona since the 2020 election.

“Our office has been receiving threats to the secretary and the elections team for any number of issues,” Assistant Secretary of State Allie Bones said Tuesday. “So anytime we have anything that we think is actionable, we are also forwarding that on to law enforcement.”

She said that both the threats and voter intimidation efforts were things that “people have been kind of forecasting that they were going to do for the last several months.”

“We’ve been prepared for this and think that voters have a right to put their ballot in any way they feel safe,” Bones said.

In the meantime, she said, the office is focused on making sure that voters know their rights at drop boxes and polling places and that elections officials around the state have the resources to get the job done.

Penzone said his officers will continue to be on alert for problems at voting locations leading up to and on Election Day. But he said to people out there who may be trying “to passively intimidate others trying to just cast a vote, then shame on you.”

“What do I see now as the sheriff of one of the biggest counties in the nation?” he said. “I see that every day I’m dedicating a considerable amount of resources just to give people confidence that they can cast a vote safely. And that is absurd.” 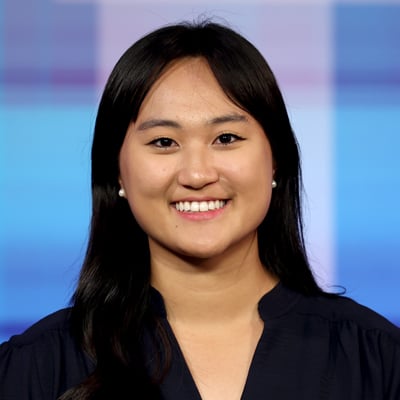 Yoori Han expects to graduate in May 2023 with a bachelor’s degree in journalism. Han has interned at AZTV7 and recently completed a fellowship with Gray Television in Washington, D.C.