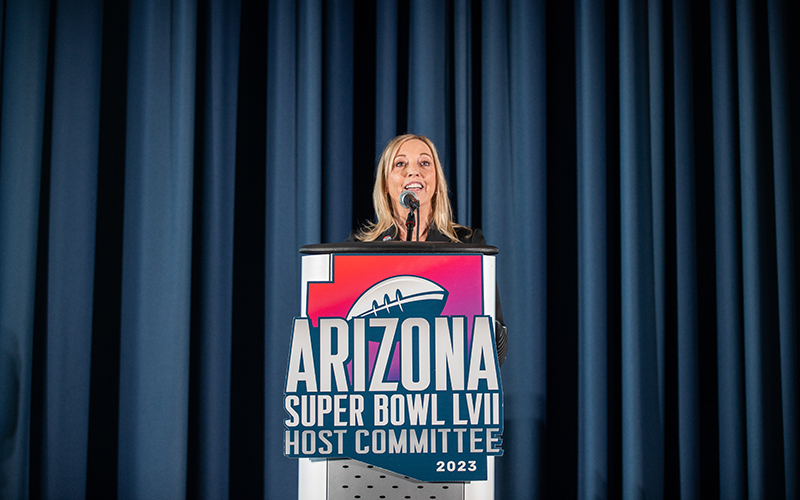 Jay Parry, the CEO and president of the Arizona Super Bowl Host Committee, said events leading up to the Super Bowl will be spread throughout the Valley. (Photo by Susan Wong/Cronkite News)

TEMPE – Music of 2023 Super Bowl halftime headliner Rihanna rang throughout the Tempe Center for the Arts Monday as city officials from across the Valley gathered to hear the lineup and locations of Super Bowl 57 events in the month leading up to Feb. 12.

The Grammy award-winning singer’s soothing sounds served as a comforting reminder that the big game is near. With 111 days left before kickoff at State Farm Stadium, the NFL and Arizona Super Bowl Host Committee announced a variety of events that will happen in different regions of the Valley during Super Bowl week.

“So, like at the NFL Draft, I’m going to say we are officially on the clock,” Arizona Super Bowl Host Committee president and CEO Jay Parry said at a press conference.

Phoenix will have two Super Bowl experience events. The “Super Bowl Experience presented by Lowe’s” at Hance Park will be a free, outdoor experience for visitors and will have the first-ever official Super Bowl watch party on game day. The Phoenix Convention Center’s “Super Bowl Experience” is a paid event that will allow attendees to test their skills in interactive NFL games and get autographs from their favorite players and legends. Tickets will start at $20 and go on sale on Dec. 17 (kids 12 and under can attend for free).

Arizona’s capital will host the “Super Bowl Opening Night presented by Fast Twitch” on Feb. 6 at Footprint Center after a two-year hiatus due to the COVID-19 pandemic. The event will showcase players and coaches for the first time during Super Bowl week, and tickets will be $20 and go on sale on Dec. 17. Footprint Center will also host the “Bud Light Super Bowl Music Fest,” a three-night music event that will feature artists across all genres.

The NFL awards show, “NFL Honors,” will take place on Feb. 9 at the Phoenix Symphony Hall, and the league will announce its MVP, Coach of the Year, Walter Payton NFL Man of the Year and more. The Taste of the NFL, the league’s culinary event, will start at 4 p.m. on Feb. 11 at Chateau Luxe. All the proceeds will go to GENYOUth’s End Student Hunger fund.

“(Arizona has) the special sauce here,” NFL executive vice president of club business and league events Peter O’Reilly said. “The people, the support and just a beautiful location to draw both locals and people from around the world.” 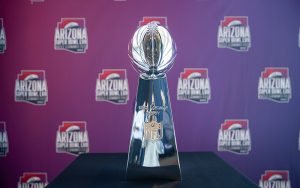 The Vince Lombardi Trophy, awarded each year to the Super Bowl winner, made a special appearance in Tempe Monday during a press conference for the February game in Glendale. (Photo by Susan Wong/Cronkite News)

Mesa will host the “5k-9 Fun Run presented by PetSmart” on Jan. 7 at Riverview Park, where visitors and their pets can take part. The Super Bowl Gospel Celebration, the NFL’s gospel concert, will also occur at 7:30 p.m. on Feb. 8 at the Mesa Center for the Arts.

Scottsdale will have the “ESPN Main Street Tailgate” that will bring live Super Bowl coverage on Feb. 8. Tempe will host the “FanDuel Party” at Tempe Beach Park that will be a “nonstop party with competitions, hospitality, celebrity interviews and more.” The city of Glendale will host Fox Sports, the Super Bowl’s official broadcast partner, and provide week-long coverage leading up to the game.

“Every year, things get bigger around the Super Bowl,” O’Reilly said. “Just how regional this event (in Arizona) has become, where every city is part of what we’re creating here. That was part of what we did (at Super Bowl 49), but that is really coming to life here in really special ways.”

This is Arizona’s fourth time hosting the Super Bowl, headlining the big game in 1996, 2008 and 2015. Over one million people visited downtown Phoenix and 500,000 visited Scottsdale during the week of the 2015 Super Bowl, which featured the Seattle Seahawks and the New England Patriots. The game produced record days for Phoenix Sky Harbor International Airport and the Metro light rail system.

Despite more events spanning over the Valley this year, and the NFL continued growth in popularity, Parry doesn’t foresee any problems for attendees.

“We’re excited about including the entire Valley and all the communities around the Valley,” Parry said. “We’re having our local residents be able to curate their Super Bowl experience, whether it’s right in their own town, or they want to go across the Valley and experience something else.”

Over the next couple of months, the NFL and the Arizona Super Bowl Host Committee will finalize plans, times and logistics to provide the best fan experience. Parry compared the preparations to Rihanna’s song, “Work,” to describe the months ahead.

“We have a great staff, we’re working with the NFL on a daily basis, and everybody’s working really hard to make this the best Super Bowl yet,” Parry said. 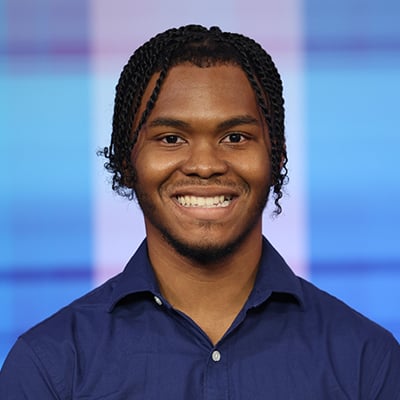 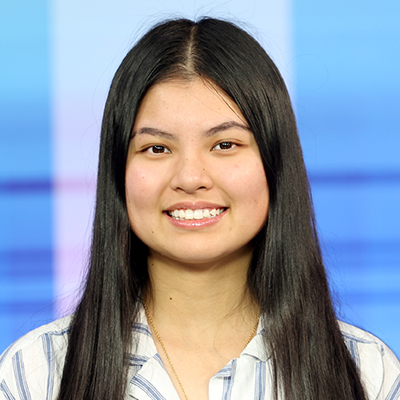