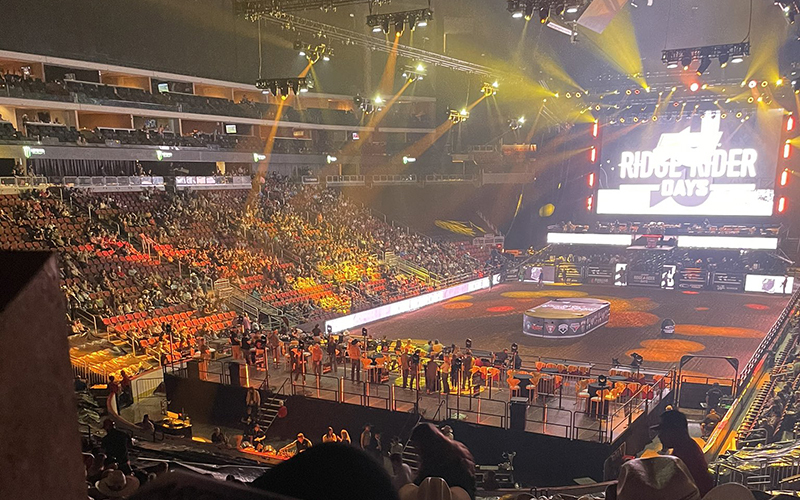 GLENDALE – Their presence was impossible not to notice, or smell. A sea of cowboy hats and boots surrounded Desert Diamond Arena, and the pungent scent of the four-legged main attraction was omnipresent. Flint Ramussen, a “rodeo clown,” trotted along the concourse entertaining spectators in anticipation of the Professional Bull Riders’ first team event in Arizona.

Eight teams and 40 bulls filled the stadium last weekend for the PBR’s final competition in its inaugural team-series season. The festivities began with a ring of fire, highlighting what would be a high-energy three days of bull riding.

The Ridge Riders went 1-2, losing their final matchup against the Austin Gamblers by 1.25 points on the third day of competition. The Rough Riders finished the season 14-13-1 to grab the No. 5 seed, clinching a playoff spot against the sixth-seeded Missouri Thunder.

“It’s an exciting time in bull riding. Obviously, this weekend did not go the way that we anticipated, but we’re super proud of the home crowd that came out,” said Casey Lane, the Ridge Riders general manager. “Excited to start planning for next year, really excited for the team series finals in Las Vegas in a couple of weeks.”

Through each matchup, loud groans echoed across the stadium. Fans were shocked by the sheer force of the bulls and many were impressed by the riders’ courage.

“Riding a bull is an experience like none other. There are no real words to really put into it,” said Ezekiel Mitchell, a rider with the Austin Gamblers. “I’ve always wanted to be a cowboy, so this is a sport I picked. I can get hurt doing anything in the world, so why not do something that I love?”

Lucas Teodoro jeopardizes it all to keep Ryan Dirteater out of harm's way in the @USBPChief Save of the Week. pic.twitter.com/N9AD4FHqvC

Riders were often flung off and then stepped on by the 1,000-pound bulls they just rode. Imagine getting hit with 1,000 pounds of shear force on a typical work day. This is the fear every rider overcomes when taking a seat on a bull.

“Every time you tie your hand to one of these bulls, there’s an opportunity to get hurt. There are a lot of mental games,” Lane said. “Most of these guys will probably tell you that they’re not afraid, and I would say they’re lying to themselves. It’s less about being fearless and more about understanding how to control your fear.”

Although many riders were seen limping off the Desert Diamond dirt, Mitchell said he’s never been seriously injured, just a “few bumps and concussions.”

Mitchell, who rode his first bull when he was 15, is self-taught and made his PBR debut in 2019. He was a star performer for the Austin Gamblers in Glendale, helping his team earn the No. 1 seed for the championship series and earning $19,000 for his efforts.

In a sport with little diversity, Mitchel, 25, is paving the way for others to get involved. Mitchell hopes to become the first Black bull rider to win a world championship since Charles Sampson was crowned in 1982. 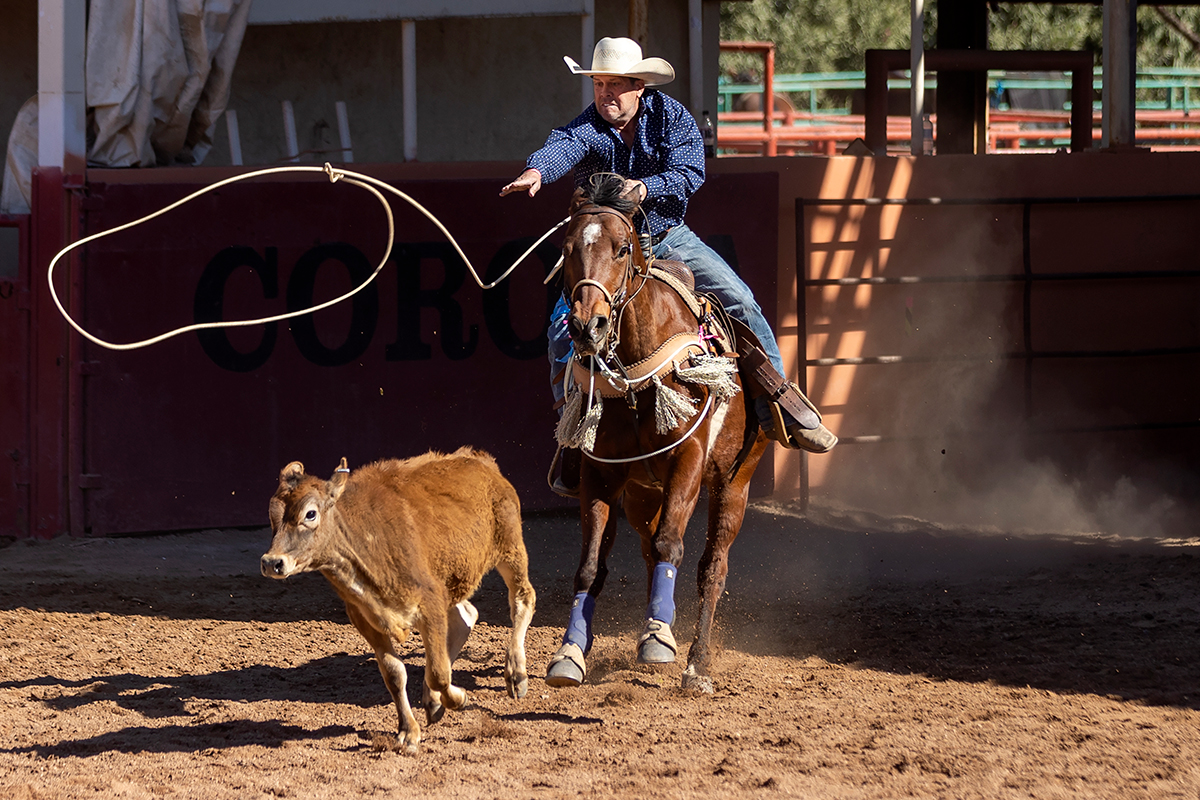 Although PBR has hosted bull-riding events in Glendale since 2016, it is the first time a Valley team can call the city home. Despite a rough showing on their own turf, the Arizona Ridge Riders are the only PBR team to have their own locker room and are leaders in a new era of bull riding.

In their inaugural season, they were the first organization to launch “Every Second Counts,” an extensive philanthropic campaign dedicated to making a positive impact in each state the team competes in. For every second the Ridge Riders stay on the bulls, the team donates $50 to a charity designated in each event.

“We couldn’t be more excited about the way that we’ve been treated by the folks here at the Desert Diamond Arena,” Lane said. “The city Chamber of Commerce, city of Glendale, has just been amazing, welcoming us to this community.”

PBR is on a tremendous upward trajectory. As riders like Mitchell continue to grow the sport, teams like the Ridge Riders are must-see entertainment. Just don’t get trampled by a 1000-pound bull. 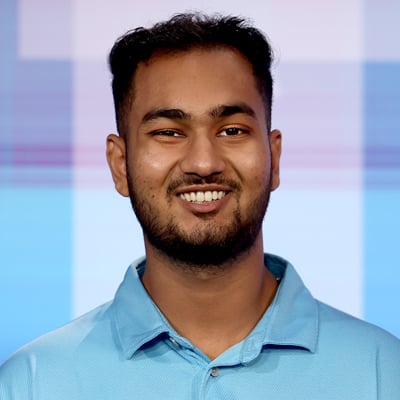 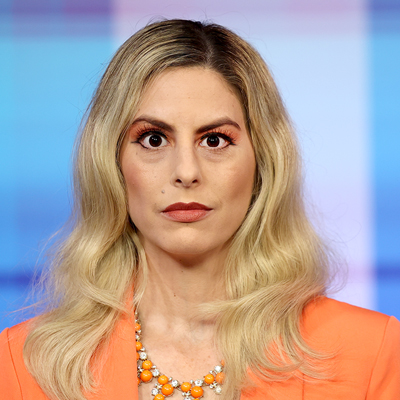 Michele Aerin expects to graduate in December 2022 with a master’s degree in sports journalism. Aerin, a former defense attorney in Texas, has interned with KJZZ News and worked for CBS Radio/Audacy in Dallas.