By Omar Waheed/Special for Cronkite News 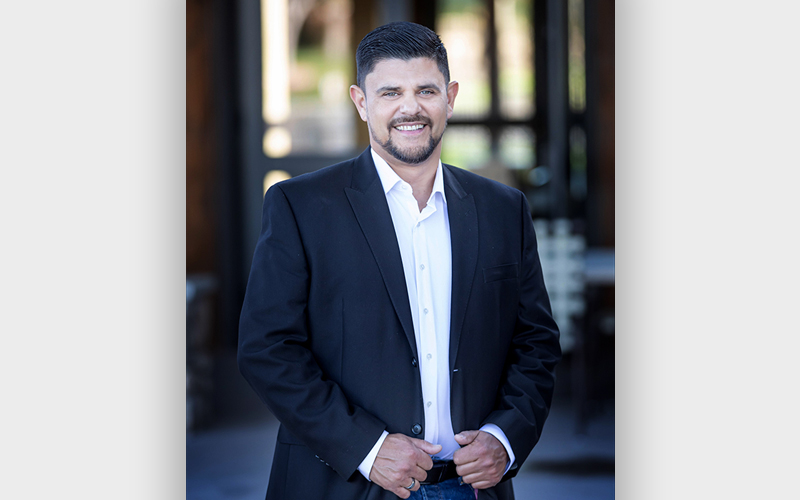 Luis Pozzolo is a recent U.S. citizen and triathlete who started a natural meats business and says he used to support the Democratic Party.

He now faces 10-term Rep. Raul Grijalva, a Democrat, and write-in candidate Republican Jeanette Garcia in the newly redrawn 7th Congressional District, which takes in much of the Tucson area to the Arizona-Mexico border. Pozzolo is considered a longshot in the heavily Democratic district.

Pozzolo said he and his wife, Karen, emigrated from Uruguay in 2003 to pursue “the American dream.” He worked as a dishwasher in Kentucky before joining Toyota as a bilingual diversity recruiter and working for a meat distributor in Texas. He then moved to Arizona to start his own business. He and his wife own The Box Meat Shop, a butcher shop deli. He became a citizen in 2012.

This is Pozzolo’s first run for political office, but his father was a politician in Uruguay, serving as interim president of the country for three days in 1999 when the president was ill.

Pozzolo’s campaign emphasizes business opportunities and jobs, including those in the state’s copper industry. On his website, he accuses Grijalva of “waging a war” on mining through overly restrictive safety and environmental rules.

He also favors stricter border security, although, as an immigrant himself, he believes in providing meaningful paths to citizenship.

Pozzolo is considered a longshot in the race. He has raised less than $62,000, compared to Grijalva’s nearly $426,000, according to Federal Election Commission filings reported by OpenSecrets.org.

He spoke about his campaign and priorities.

Pozzolo said he wasn’t interested in politics until a few years ago.

“Seeing what is happening around the country, I decided to take … a run,” he said. “I want a better future for my daughter. She’s 18. I was 32 years old when I decided to leave the country I was born (in), and I don’t want any of my children to live that. We came to America to have a better life.”

He worries about socialism overtaking the country.

“As an immigrant who lived under a socialist government, I saw what socialism did to the country I was born in,” he says on his campaign website. “Socialism has brought poverty and misery to many Latin countries.” But “hardline socialist policies are ruining” the U.S., he said. They are why “Californians are fleeing to Arizona, Texas and Florida.”

“My business experience and the 20 years of being here in America and my experiences back in South America are very helpful to understand what is coming and why we want to change this.”

“I always poll my people when knocking on 1,000 doors a week, and the first question we – my volunteers and my campaign – ask (is): ‘What are the problems that you have?’”

He said he supports parents having more say in what schools their children attend and what they are taught.

On his website, he says, “Radical activists are forcing curriculums about sex and race into K-5 classrooms. We must stop the teaching of hate and division in our schools.”

He worries that traditional family values are under attack. On his website, he accuses Grijalva of “pushing to indoctrinate your children through the school boards. He believes it’s the school’s right to teach children how they should view themselves. He does not believe in parents’ rights.”

“We need to stop printing money.”

The federal government has been unable to produce a balanced budget for 20 years, he said, adding that a businessman doing the same wouldn’t “survive 20 days or 20 months.”

His second priority is economic growth, centered on more trade with Mexico and easing rules and regulations that restrict mining, an important industry in his district. Such steps are necessary, he said, to create more jobs and raise the standard of living in southern Arizona.

“I’m willing to work with anybody – for any party, I’m not going to look for what party affiliation you are.”

Although he’s running as a Republican, he said he considers himself an independent who isn’t tied to the GOP agenda.

“I understand how the imaging process on the ballot works,” said Pozzolo, who says he’s a certified Microsoft user. “Is the data safe? Is the data secure? No, it’s not.”

“I think understanding that we have a political process that is very slow. … I’m a businessperson. I like to change things fast.”

“I have one in politics, and it came from my father – that you need to be with the people to make democracy a life exercise. I think when the politicians lose contact, that’s a No. 1 sin for politicians. The power resides on the people.”

“I think we as a country have the right to control our borders and see who is coming in and who is going out the border.”

Living in a district that shares a border with Mexico, he also is concerned about drug cartels smuggling fentanyl across the border. On his website, he says, “It’s time … to stop this deadly pandemic,” although he provides no details on how to do that.