By Erin Hall/Special for Cronkite News 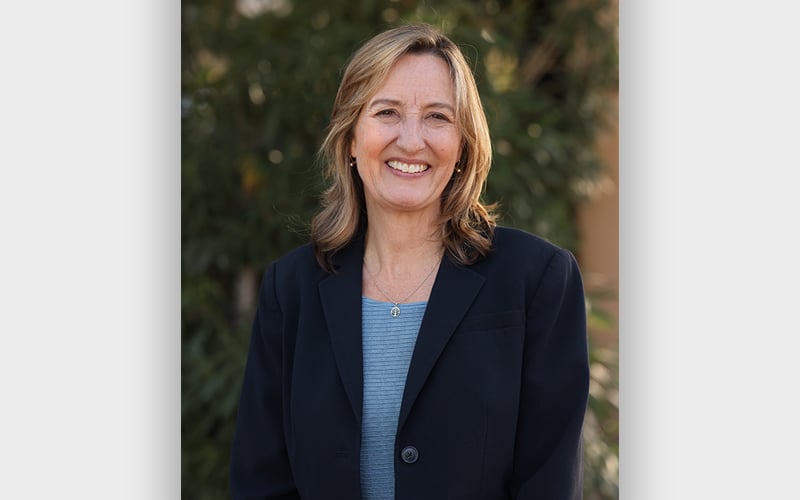 Democrat Kirsten Engel is in a tight race to represent Arizona in the newly redrawn 6th Congressional District. She hopes to succeed fellow Democrat Ann Kirkpatrick, who isn’t running for re-election.

GQR, a political consulting company, released the results of a poll in late August indicating Engle was up by 2 points against Ciscomani.

The new 6th District covers Sierra Vista and about two-thirds of Tucson, which used to be in the 2nd District represented by Kirkpatrick.

Engel did not respond to requests for an interview, but she presents herself to voters as a mother, an educator and an experienced legislator. She served briefly in the Arizona Senate and is co-director of the environmental law program at the University of Arizona, where she teaches and conducts research on how state and local governments respond to climate change.

According to her campaign website, Engel was spurred to seek public office after volunteering at her daughter’s school in Tucson and “witnessing the Arizona Legislature’s continued attacks on education and public lands.”

“I’m a mom; I am a working parent, I’ve lived through some of the challenges and stresses that families have faced, especially working women during COVID,” she said in a 2021 interview with Tucson Weekly. “And I think that gives me perspective and even more understanding of this district and even more interest in a post-COVID recovery so that we come back out of this pandemic stronger than ever.”

Engel has worked in environmental law as an attorney for Sierra Club Legal Defense Fund and the Environmental Protection Agency. She was acting chief for the environmental protection division of the Massachusetts Office of Attorney General.

In addition, she has taught at Harvard Law School, Vanderbilt School of Law and Tulane Law School, as well as University of Arizona’s James E. Rogers College of Law.

According to her campaign website, she filed an amicus brief in the very first case in which the U.S. Supreme Court recognized greenhouse gas emissions.

She was elected to the Arizona Senate in 2020 and left office the next year to focus on her congressional campaign.

In a recent Arizona PBS interview, she said the first bill she would introduce if elected would codify Roe v. Wade protections for women seeking an abortion.

“Reproductive health care and a person’s right to choose should not be up for debate,” her website says. “The attacks on abortion access and reproductive healthcare in Arizona and across our country are appalling.”

According to Vote Smart, Engel voted repeatedly against anti-choice legislation while in the Legislature.

She told the Tucson Weekly that she also would work to improve workforce training programs and childcare subsidies to get people, especially women and people of color, back into the workforce.

Engel has been critical of the Trump administration’s attempt to build a border wall, calling it a “13th century” solution in a recent interview aired on Arizona PBS. The interview took the place of a planned debate after Ciscomani did not respond to the invitation to debate.

“Washington has failed us on the border – both Republicans and Democrats,” she said. “We have some real security issues. We’ve got drug smuggling. We’ve got human trafficking. … We’ve got a humanitarian crisis,” she told Arizona PBS host Ted Simons. She blamed the Trump administration for “basically destroying” an immigration system that, although flawed, still worked. Now, it’s almost impossible for people to get citizenship – which “is the way we build our nation. This is how we make it strong.”

Engel told Arizona PBS that water is one of the state’s most pressing issues. She criticized both the state and federal governments for failing to come up with a plan to fairly distribute Colorado River water to the seven states that depend on it, and she called for more recycling and better storage of water and less water-intensive farming practices.

Engel was critical of the Republican-led audit of Maricopa County election results, saying it perpetuated “this conspiracy theory that the 2020 election was stolen,” according to the Tucson Weekly. “I think it’s really harmful and it is really endangering our democracy, and it’s also opening up citizens’ voted ballots to scrutiny by conspiracy theorists and their contractors.”