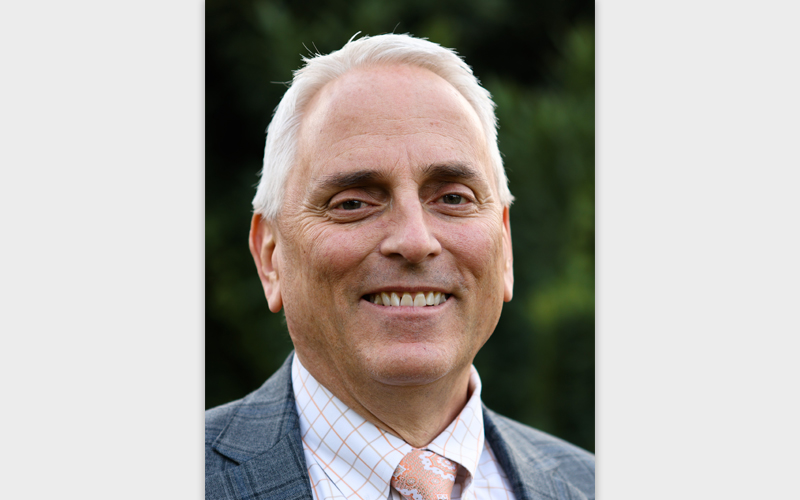 Clint Smith hopes to be the first independent elected to the Congress in Arizona history.

He faces incumbent Andy Biggs, a Republican, who has represented District 5 for five years, and political newcomer and Democrat Javier Garcia Ramos. The district contains most of the East Valley, including Gilbert, Queen Creek and south and east Chandler.

A Republican most of his life, Smith last year registered as an independent because he felt the GOP and the Democrats were more interested in pointing fingers than finding solutions.

As a “unicorn” in the race, as he puts it, he wants to find common ground between the two parties.

To get on the ballot, Smith’s campaign collected more than 8,250 signatures, one indication, he said, that voters are ready for an independent leader.

This is Smith’s first run for public office. For the past 35 years, he has managed a private law practice in the East Valley, focusing largely on finance and estate planning. He has been active with the Mesa Southern Little League, Save the Family and United Way and served as a volunteer missionary for the Church of Jesus Christ of Latter-Day Saints.

Politically, Smith describes himself as a moderate who is “rational, not radical.” For instance, he believes absolute bans on abortion go too far.

“We believe life is sacred, but there should be careful consideration in instances of rape, incest, or life of the mother.”

“I did an internship in 1981 when I was in undergrad for John Rhodes, who was a congressman in Arizona, and I got the bug.”

But after the Legislature passed a bill in 2011 making it a crime to transport illegal immigrants for any purpose, he began to get active, signing up to co-chair a campaign to repeal the law.

“It was very much a boots-on-the-ground kind of movement. There wasn’t a lot of money, but there was passion. I thought, ‘This is the way politics ought to look.’

“Then Jan. 6, 2021, happened. I already wasn’t all that pleased with what was going on in the Republican party, and specifically with our congressman (Biggs).”

Smith said he talked it over with his wife and entered the race.

He also has held leadership roles in the Church of Jesus Christ of Latter-day Saints.

“I’ve been responsible for 3,000 people. We work together to solve problems. If something is happening, we’ll get a little council together and say, ‘Let’s work this.’”

Water tops the list: “It has become a crisis that’s been growing for decades.”

He elaborates on his website, saying, “For too long, environmental protections have been met with anti-business rhetoric. It’s past time to sit down for conversations on how we can protect the environment with minimal disruptions to business.”

Economic growth and immigration also are key concerns, he said, but none of these problems will be solved “until we get rid of all this partisanship. The two-party system has created a monster.”

“Six months ago, I would have said something about gun reform, but I was thrilled to see that that is actually on the way. Somebody actually said, ‘Let’s do something here.’ No, it’s not the perfect solution. No, it’s not an end-all solution, but now it’s less of an emergency because people are talking.”

If elected, he will focus on growing the economy, improving the quality of education and solving the pending water crisis.

On his website, he pledges to seek more resources for public schools, which “need more counselors and special needs educators, as we already ask too much of the far too few dedicated and tireless people we have. Our students need more technical skills; they need to learn how to adapt, problem solve and create.”

“There’s actually a caucus called the Problem Solvers Caucus. It has 46 members of Congress – half Democrats and half Republicans – and they actually sit down and talk about solutions. Who knew?”

Smith said he would seek out people and “ask each one of them individually, ‘What are the issues where we can find enough common ground to actually make some headway?’”

Smith expressed confidence the 2020 election was secure, and he worries about those who are willing to “take extreme action because they are convinced someone is out there trying to steal an election.”

People “think that voting independent is a wasted vote. They don’t realize that this is historic. There have been no independents on the ballot because you need so many signatures, so the ballot is stacked against independents.

“There’s a good chunk of people out here that are independents, but the people in charge? They aren’t thinking much about independents, so that’s the hard part.”

“Do the right thing and let the chips fall.”

Smith said he lost friends when he decided to run for Congress. He has been a conservative most of his life, but he believes the Republican Party in particular has become extremist. He has heard repeatedly that as an independent, he will split the conservative vote and “get a Democrat in.”

“We can’t accept everybody in; we’re way beyond that. We need a functional border but also policies that make sense.”

In an interview with 12 News, Smith called former President Donald Trump’s attempt to build a wall along the U.S.-Mexico border “a 12th century solution for a 21st century problem.” The solution, he said, lies in better cooperation between law enforcement agencies and better use of technology to control illegal immigration.

Smith said desalination of seawater could be part of the solution. Water conservation and more efficient irrigation methods also are needed, he said.

“I’m learning more about the agriculture side, and some of the crops we (grow) aren’t the most water efficient. Maybe we shouldn’t be growing those crops; maybe there’s an alternative.”

On his campaign website, he said Arizona has relied too much and for too long on groundwater to support development.

“We need to think bigger and act bolder to ensure our demand for water does not exceed our supply of water because that day is coming quickly.”