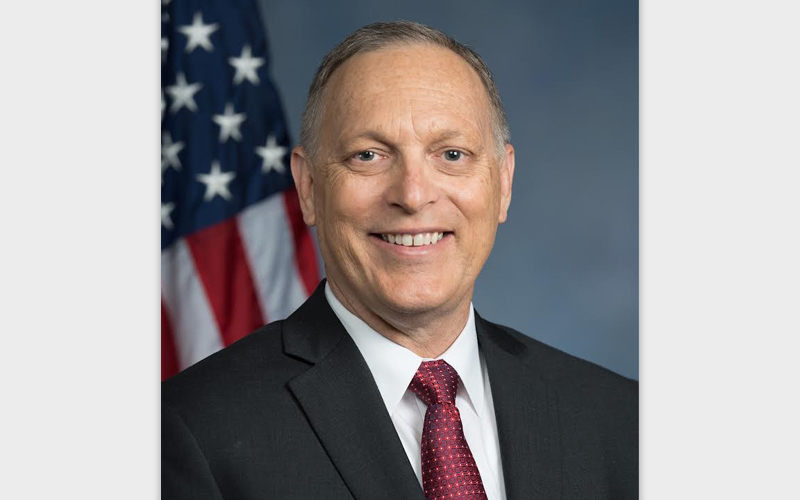 Andy Biggs is running for a fourth term in Congress as a proud, conservative Republican with a record to prove it, but he has not been a visible presence on the 2022 campaign trail.

Biggs has sponsored more than 170 bills since 2017. More than a third of them drew no co-sponsors – and few have passed. In July, he introduced the Stop Imposing Woke Ideology Abroad Act, which would prohibit funding for several new positions within the State Department that are meant to promote racial equity.

“Americans have already rejected the Biden administration’s radical social agenda, and yet it continues to try and force it on countries that have also rightly rejected it,” Biggs said in a news release about the bill. “Imposing woke ideology on other countries is just another example of the Biden administration’s foreign policy failures.” The bill has been referred to the House Committee on Foreign Affairs.

He has chaired the House Freedom Caucus, considered the most conservative bloc in the House, and currently co-chairs the House Border Security Caucus. He also serves on the House Oversight and Reform Committee and the Judiciary Committee, where he is ranking member of the subcommittee on crime, terrorism, and homeland security.

A reliably conservative vote in Congress, Biggs voted against a bill that would allow a path to citizenship for “Dreamers” and against the Biden administration’s Build Back Better Act meant to put billions of dollars into social, infrastructural and environmental programs.

He continues to deny the results of the 2020 presidential election lost by Donald Trump and is under investigation by the House select committee for his reported role in the Jan. 6 attack on the Capitol.

Although Biggs has been active in Washington, D.C., he has largely been absent from the campaign trail. He did not participate in a September debate sponsored by the Citizens Clean Election Commission on Arizona PBS or fill out informational profiles created by The Arizona Republic or BallotPedia.

He also declined an interview for Cronkite News. The following information is compiled from published reports and campaign materials.

Biggs launched his political career after winning a $10 million American Family Publishers sweepstakes in 1993, according to Ballotpedia.

He was first elected to the Arizona House of Representatives in 2003, then moved to the state Senate, where he served as president from 2013 to 2017 and majority leader from 2011 to 2012. He previously worked as an attorney.

He also wants parents to have more say in their children’s education. His plan calls for a halt to “incentives from the federal government that support the indoctrination of our children with the idea that our country is racist; support local control of education; and eliminate barriers for parents that want different schooling options for their children.”

He advocates shrinking federal spending to reduce the national debt and a balanced federal budget.

Biggs denies the results of the 2020 presidential election. On Fox News in December 2020, he said, “President Trump, he’s a fighter. He knows the country is actually at stake. He, like so many of us, believes that this election was stolen and he wants to fight through it.”

Biggs has since refused a subpoena to give information about his involvement in the Jan. 6 insurrection attempt. According to the Congressional Select Committee to Investigate the January 6th Attack on the United States Capitol, “Biggs participated in meetings to plan various aspects of January 6th and was involved with plans to bring protestors to Washington for the counting of Electoral College votes. Mr. Biggs was involved in efforts to persuade state officials that the 2020 was stolen. Additionally, former White House personnel identified Mr. Biggs as potentially being involved in an effort to seek a presidential pardon for activities connected with the former President’s efforts to overturn the 2020 presidential election.”

In his America First Contract, Biggs proposes repealing the National Voting Rights Act, which outlawed the discriminatory voting practices adopted in many Southern states after the Civil War, including literacy tests as a prerequisite to voting.

Biggs supports reinstating the Trump-era policy that forced thousands of asylum-seekers to wait in Mexico as their cases made their way through U.S. courts. He also wants to complete the border wall.

He recently premiered the documentary “Alien Invasion” at The Heritage Foundation, a conservative think tank in Washington, D.C. The documentary contends that the Biden administration has made the U.S.-Mexico border less secure by encouraging immigrants to enter the country illegally.