By Anisa Shabir/Special for Cronkite News 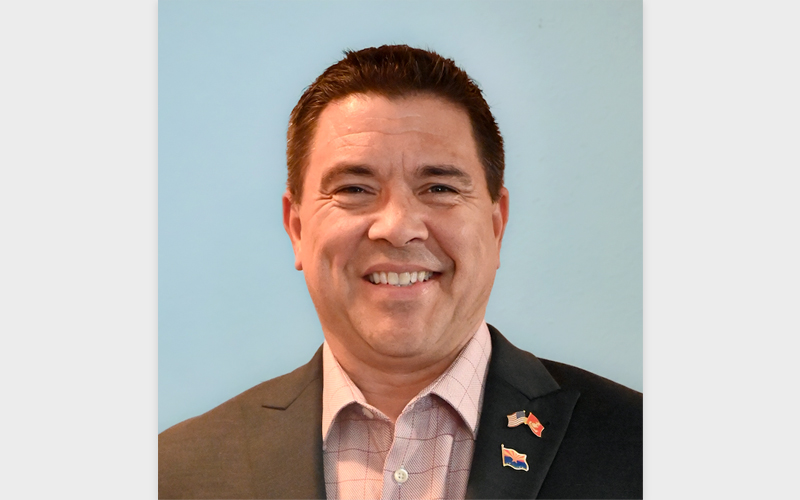 Kelly Cooper, who joined the Republican Party last year, is his party’s candidate in what’s considered the most competitive race in the state. He faces U.S. Rep. Greg Stanton, a Democrat, in Arizona’s newly redrawn 4th Congressional District.

Cooper lags slightly in the race, according to the polling aggregate site FiveThirtyEight, which calls the election the most competitive in the state. The district includes Mesa and western Chandler and leans Republican.

The Arizona Republic reported in June that Cooper officially registered as a Republican in 2021, although he had claimed to be a lifelong Republican in an earlier letter to a precinct committeeman. He has said he has consistently voted Republican his entire life, but before the last presidential election, he had only ever participated or requested ballots in the Green and Democratic parties, The Republic reported.

Cooper, who has aligned himself with former President Donald Trump and the America First platform, said he is a conservative Christian who will “fight for conservative values and conservative principles.” His campaign website lists endorsements from gubernatorial candidate Kari Lake, the Arizona Police Association, Gun Owners of America and the Tea Party Express – but not from Trump.

After an Oct. 9 Trump visit to address a rally in Mesa, Cooper tweeted that he had received Trump’s endorsement.

Thank you President Trump for your support! pic.twitter.com/Xx80oIDMtl

Cooper is a former Marine who worked as a manager of several restaurants in the Midwest and on the East Coast before moving to Chandler in 2003. He owns two Melting Pot franchises and BKD’s Backyard Joint, according to his campaign website, which also says he’s the founder and chair of the Maricopa County Republican Veterans Committee.

His platform includes protecting state’s rights, “removing the federal government from education,” defending gun rights and opposing abortion. On his website, he also promises to fight “big tech” companies that have “weaponized social media and much of the internet to stop any content or post they disagree with.”

Cooper provided the following responses to questions posed for a Cronkite News story in a Zoom interview.

“I’m a small business owner. I own three restaurants here in the state. I grew up poor, and I worked very hard to get to the position I am in.”

The onslaught, he said, has come in the form of regulations and mandates, mostly from the federal government, that have made it “much more difficult for employers to find workers and for people to afford their gas and groceries.”

He said elected officials “don’t really recognize the issues that are facing the people,” so he feels obligated to run “to represent the people better.”

“I grew up with a single mom moving all over the north suburbs of Chicago. After I graduated high school, I joined and served in the Marine Corps from 1993 to 1997. I got deployed all over the world. I started as a dishwasher in my first restaurant and worked all the positions through multiple restaurants to get to the position where I had the skills to be able to run restaurants. …

“It’s the combination of the leadership, the experience I had in the Marine Corps and the experience that I have running businesses and building them from the ground up (that) gives me a foundation that far exceeds anyone else’s that’s running for this race, including the incumbent, whose background is all politics.”

His first priority would be building a district office where people can get the “the support that they need in both their relationship with their government and also in navigating the issues that they’re having.” In Congress, he said he would focus on small business issues, energy policy and services for veterans.

On his website, Cooper calls the 2020 election “a disaster” and lists what he believes were the problems: “Rules changed by unelected bureaucrats. So-called emergency voting centers that were heavily skewed in liberal areas. Questions about signature verification and ballot security. And in the end, millions of Arizonans couldn’t help but wonder if their vote really counted.”

“One side can scream that everything is great,” he said in the interview, “but if we are ignoring people who are saying that they’re unsure and not working to have as secure of an election as we can possibly have, we’re not solving problems in a bipartisan manner. We’re just pointing fingers at each other and calling each other names.”

Q: What is a personal challenge that you need to overcome?

Cooper said he is “exactly who I should be.” The challenge for his campaign, he said, “is running against (Stanton), who has a lot of name recognition and has 15 times the amount of money that I have.”

(Stanton had raised nearly $3 million as of mid-July, about twice as much as Cooper’s $1.5 million, according to OpenSecrets.org.)

“Courage, commitment, honor, integrity. These are all the Marine Corps’ values and personal values that I’ve had growing up. … It’s about being forthright and answering questions. It’s making sure that people know the positions that you stand on and being direct about your answers so that they know exactly who you are and what you stand for.”

On his website, Cooper refers to people coming across the border as “dangerous elements” and says something must be done to stop fentanyl and other lethally dangerous drugs from being smuggled across the border.

His tone was less strident during the interview.

“The truth is that the people are trying to come to our Southern border looking for a better life. However, that creates a lot of other issues, including being used, being taken advantage of, and creating an environment where our security can’t do its job.”

“Our immigration policy should try to help our country. We need needs-based, merit-based and asylum-based migration. What we can’t have is migration that’s not done legally through the legal ports of entry.”

Q: What should the state or federal government be doing to help mitigate the ongoing drought and address Arizona’s water issues?

States reliant on the Colorado River for water “must be able to come together and work on a rational approach for sharing our water resources,” he said. But while surface water issues are a problem, groundwater “is fully sustainable and can sustain us for a long period of time.”

Water, he said, is an area where he would not object to federal government involvement.