By Duncan Schultz/Special for Cronkite News 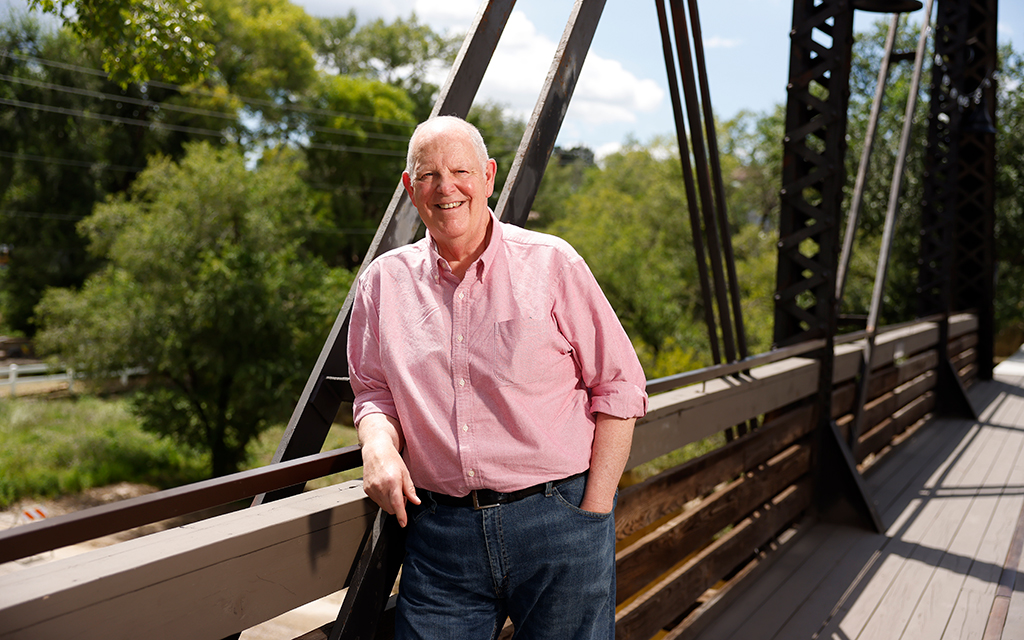 Tom O’Halleran is running for re-election to the House but in a new, more competitive district. He faces Republican Eli Crane, a former Navy SEAL endorsed by Donald Trump.

The Democrat currently represents the 1st Congressional District, but redistricting has put him in the 2nd District, the largest in the state, reaching from south of Phoenix to the northeastern corner of the state, including Prescott, Flagstaff and several Native American reservations.

The new district leans slightly more Republican than Democrat, but the race appears to be close. FiveThirtyEight and Politico have the two candidates in a toss-up. Crane has raised about $1.8 million for his campaign, compared to O’Halleran’s almost $2.7 million.

A former Republican, O’Halleran switched parties in 2015. His values hadn’t changed, but the Republican Party had, he told The Arizona Republic at the time.

O’Halleran has been a reliable Democratic vote in Congress since being elected in 2017. He has voted against his party less than 3% of the time, according to ProPublica. Many of the bills he has sponsored or endorsed concern health care, veteran services and workplace and tribal issues.

In an interview for Cronkite News, O’Halleran spoke about the upcoming election and issues facing Arizona.

O’Halleran said he wants to continue trying to bring people together to find solutions to problems. On his website, he says, “We cannot allow partisan gridlock in Washington to hold our nation back.”

Q: What, in your past work, political or volunteer experience, makes you the best candidate?

After retiring and moving to Arizona in 1993, he got involved in community issues and ran for the Arizona House as a Republican. He served three terms, followed by a single term in the Arizona Senate.

O’Halleran said his experiences in public and private life have taught him a lot, but nothing takes the place of listening.

“It’s key in this job,” he said. “You have to listen to people. You have to be with people.”

“You can’t say anything without saying water,” said O’Halleran, who has helped develop water policies for Arizona and other Western states and is considered something of a water specialist.

Reducing crime also is high on his list of major issues.

“There’s too much violence in America, and we have to work as hard as we can to get that back to where our families feel safe in their homes and on the streets of America.”

O’Halleran said his priorities have not changed since he entered Congress. Besides water, they include education, veteran issues and health care. “By investing in education, job training, research and infrastructure, we can keep our competitive advantage as a state and country and prepare for the jobs of the future,” he says on his website.

The COVID-19 pandemic, he said, has resulted in the loss of doctors, nurses, technicians and first responders.

“We have to build up that core foundation of our health care system again, and make it even better.”

O’Halleran is proud of his bipartisan credentials. A member of the bipartisan Problem Solvers Caucus in Congress, he said more than 70% of the bills he has introduced have had bipartisan support. The Lugar Center rates him as the 28th most bipartisan member of Congress.

What he would really like, he said, is to get back to the kind of country he grew up in: “a country that works together.”

“We had 62 different court decisions that said it was a fair election,” he said, referring to the 2020 presidential race. And in Maricopa County, he pointed out, it was a Republican-led board of supervisors that confirmed the outcome.

Elections need strong oversight, he said, but “every polling place in America, for the most part, has a Republican and Democrat at the table watching people vote.”

“It’s being able to make sure that you spend time with family (and) friends.”

O’Halleran offered a value that he tries to live by: respect.

O’Halleran said he supports a secure border along with comprehensive immigration reform that takes into account “our role in the world.”
Border policy needs to “respect the humanity of people,” he said.

“I’m one that believes that we need a comprehensive immigration reform that takes into account all the aspects of immigration, not just one at a time.”

Government, he added, can’t solve all the problems: There’s an important role for churches and other non-governmental organizations to play.

Arizona, like all the states dependent on the Colorado River, has to get serious about conservation and drought management, O’Halleran said.

“It’s never too early to educate people on the overall system and their role in making sure we preserve it into the future. We also have to recognize that groundwater underneath Arizona, while it’s plentiful now, is a finite water supply.”