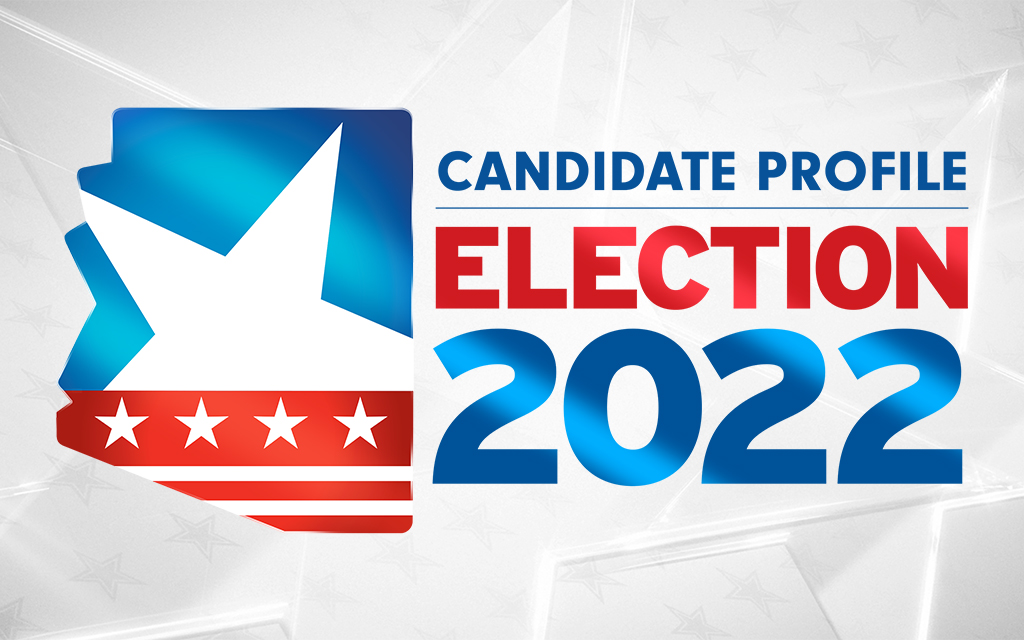 Ex-Navy SEAL and “Shark Tank” contestant Eli Crane has no government experience, does not have a public email or phone number, and his campaign office is a post office box. The “Contact us” page on his website has two options: donate or join his campaign — which requires a donation to do so.

In addition, Crane apparently doesn’t live in the congressional district he hopes to represent.

But what he does have is an endorsement from former President Donald Trump.

Crane is running as a Republican against Democrat Tom O’Halleran, who has represented the 1st Congressional District since 2017, to represent the newly redrawn 2nd District, which stretches from south of Phoenix to the northeastern corner of the state, including Prescott, Flagstaff and several Native American reservations. Before redistricting in 2020, O’Halleran represented the 1st District, which covered a similar area but did not include Prescott.

The new district leans slightly more Republican than Democrat, but the race appears to be close. FiveThirtyEight and Politico have the two candidates in a toss-up. Crane has raised about $1.8 million for his campaign, compared to O’Halleran’s almost $2.7 million.

According to federal election filings, Crane reported that he lived in Oro Valley, a suburb north of Tucson that is not in the district. According to the Arizona Secretary of State’s Office, there is no requirement that residents live in the district they are running in, only that they are residents of the state. Before redistricting, Oro Valley was part of the 1st District represented by O’Halleran; it now is in the 6th District.

Crane is a political newcomer who was a contestant on ABC’s “Shark Tank,” in which entrepreneurs attempt to lure investors to their startups. Crane and his wife, Jen, appeared in an episode that aired Nov. 7, 2014. They sought $150,000 for 10% equity in their company Bottle Breacher, which makes bottle openers in the shape of ammunition. The couple started the company in 2012 in San Diego, according to a blog post on the company website. They sold the company in 2022. Crane also is a brand ambassador for Sig Sauer, a firearms company.

At a “Save America” rally in July in Prescott Valley, Trump publicly endorsed Crane, who posted a photo on Twitter afterward: “Honored to meet President Trump after receiving his call of Endorsement in my campaign for Congress in AZ-02.”

Honored to meet President Trump after receiving his call of Endorsement in my campaign for Congress in AZ-02 🇺🇸 pic.twitter.com/iQW40cQ8Pz

Crane did not accept an invitation from Arizona PBS and Citizens Clean Elections Commission to debate O’Halleran and has given interviews only to conservative media outlets and right-leaning social media influencers. He did not respond to multiple email, phone and social media requests for an interview.

The following information comes from his campaign website and published comments he has made.

Crane echoed Trump’s foreign policy talking points in a response to a Ballotpedia survey, saying he is an “America First candidate who is pro-life, pro-Second Amendment and has the courage to take a stand against cancel culture and the radical left.”

In appearances on Fox News and the news website Breitbart, he has criticized the state of U.S. politics and the ineffectiveness of the Biden administration, as well as media coverage of conservative politicians. In an interview with Breitbart about gun control, he said, “Mainstream media only covers the stories that paint gun owners and firearms in a negative light; they never cover the other side to it.”

On a July 4 episode of “Fox and Friends,” he stood in front of the U.S. Capitol and said, “We need to get back to President Trump’s border policies. We need men and women who understand security and who understand common sense and clearly in the building behind us we don’t have a lot of that right now.”

Crane also has supported the U.S. Supreme Court decision to overturn Roe v. Wade. He wrote in a statement on his website after a leak of the court’s decision that the landmark case “was a mistake that has cost millions of innocent lives, and our Constitution never authorized the right to terminate human life.”