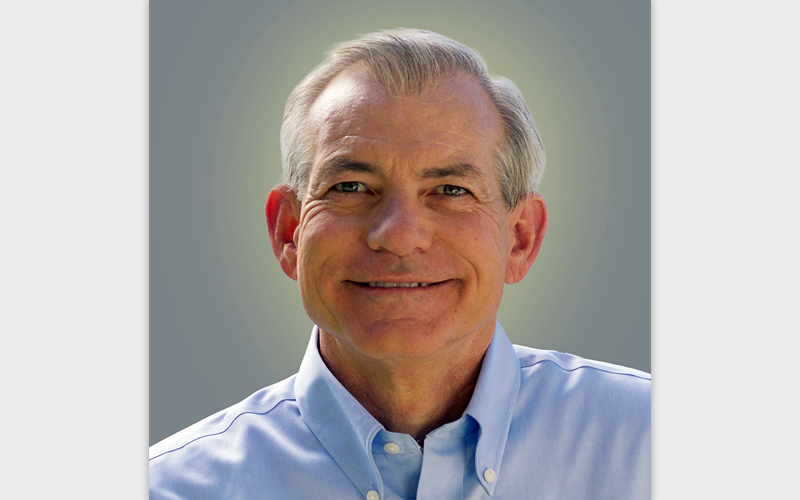 Over six terms in Congress, Rep. David Schweikert has pursued low taxes, limited government and supported construction of the southern border wall, making him a safe choice in a heavily Republican district.

Schweikert was moved from the 6th Congressional District to the newly redrawn 1st. Fortunately for him, it includes many of the parts of Phoenix and suburbs to the north and east that were part of his old district.

On Sept. 21, the Cook Political Report moved the race from leaning toward Schweikert to being a toss up.

It hasn’t helped that Schweikert in February agreed to pay $125,000 to the Federal Election Commission for the misuse of campaign funds by campaign staff members. In 2020, Schweikert was fined $50,000 by the House Ethics Committee concerning 11 counts of campaign finance violations.

“He’s been the congressman for most of this district since 2011,” spokesperson Chris Baker said. “Most voters believe he did a very good job as congressman.”

It helps that he has a seat on the powerful House Ways and Means Committee.

Schweikert received the endorsement of former President Donald Trump ahead of his GOP primary fight, although he sometimes differed with Trump when he was in office.

Schweikert, for instance, was among the 129 Republicans in Congress who voted their disapproval of Trump’s policy in Syria. He has taken a wait-and-see attitude toward the FBI search of Trump’s Mar-a-Lago residence in Florida for government documents.

Baker, who answered some of Cronkite News’ questions on behalf of Schweikert, said Schweikert has had no qualms about taking on Democrats and the Biden administration, whether it’s opposing the plan to cancel some student debt or mandating coronavirus vaccines during the pandemic.

Schweikert, on his campaign website, does not lay out a specific reason for wanting to run again. But in response to questions submitted to him and Hodge by The Arizona Republic, he said he wants to promote economic growth, job creation and low tax rates.

Baker said Schweikert’s background allows him to handle key issues that are important to voters, especially on pocketbook matters like inflation, employment and taxes.

Schweikert touts his fiscal record from when he was Maricopa County treasurer. He says on his campaign website that the investments he directed earned $300 million for taxpayers without taking a loss in a volatile bond market.

Baker said Schweikert’s top priority is to bring inflation under control, keep the economy out of a recession and get the federal budget to a level that is sustainable without raising taxes.

Immigration is his second priority, Baker said. Schweiker wants to get the federal government to fully secure the border, calling it an issue of public safety.

Besides stopping illegal immigration, securing the border could also help Arizona cope with the fentanyl crisis.

Crime is another top issue for him. He wants to assist state and local governments and lower the crime rates and make neighborhoods in this district more safe, Baker said.

“It doesn’t matter to him what party the person is from, he will collaborate with them,” he said.

Last year, for instance, Schweikert said he worked across the aisle to co-introduce a clean energy bill.

Baker said Schweikert believes elections in Arizona are run well, and he voted to certify the state’s Electoral College count on Jan. 6, 2021. Separately however, he voted to reject the results from Pennsylvania.

“He wouldn’t have done so had he not had confidence in the security of Arizona in this election,” Baker said.

Schweikert recently became a new dad. He adopted a second child a few months ago, Baker said, and has continued serving his constituents while caring for his infant son.

“That would be challenging for any parent no matter what,” Baker said. “When he’s not serving his constituency, he is working very hard with his wife to raise both their children.”

Q: What quote or advice do you live by?

Baker said Schweikert believes in a smaller, more efficient, limited government. Everything he has done his entire time in Congress has been to advance that goal, the spokesperson said.

And on his website, Schweikert said he “also worked tirelessly to stop left-wing proposals to open our border and give amnesty to illegal immigrants.”

He also believes it’s time to push for Arizona’s priority in the allocation of the Colorado River water, Baker said, with changes to reflect the reality of the state today.