By Shelly Garzon/Special for Cronkite News 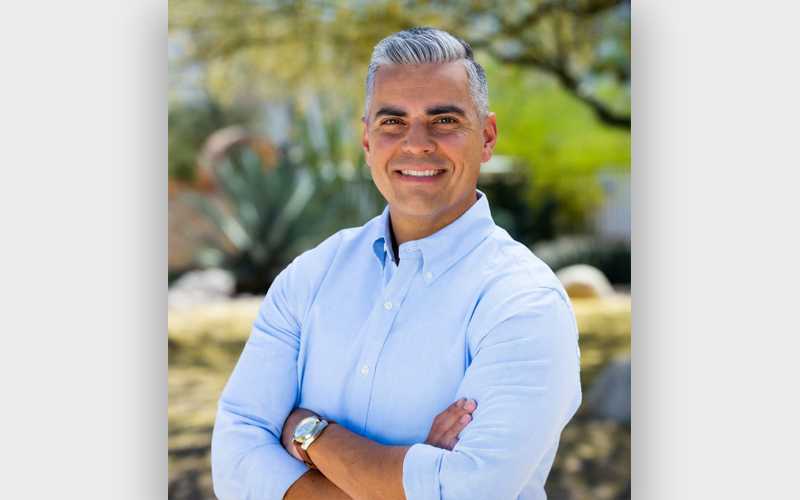 Republican Juan Ciscomani is running for U.S. Congress on a conservative platform that includes securing the border and fighting “the radical left.”

Ciscomani, a former adviser to Gov. Doug Ducey, is seeking election in Arizona’s redrawn 6th Congressional District, which includes Sierra Vista and most of Tucson. The Tucson resident faces Democrat Kristen Engle, an environmental attorney who previously served in the Arizona Senate.

Ciscomani did not respond to repeated requests for an interview. But on his website and in an interview with The Arizona Republic, he describes himself as a first-generation American and the first in his family to graduate from college. He calls himself a beneficiary of the American dream – a dream that can best be preserved by upholding conservative values, he says.

He’s highly critical of the Biden administration and “the radical left” for “creating a border crisis in our own backyard” and for “out-of-control spending that my children and yours will be left to pay for someday,” according to his website. He said he supports a balanced federal budget.

“Washington liberals are losing sight of what it is to be an American – worse, many of them seem ashamed of being Americans,” his website states.

Ciscomani also takes stands against abortion and any effort to restrict gun ownership. He says he supports free speech and the First Amendment, not “cancel culture.” And he vows to “stand up to extreme ideas like critical race theory, which teaches that race matters more than hard work and individual effort.”

Ciscomani served as a senior program development specialist at the University of Arizona before joining Gov. Doug Ducey’s staff as regional and international affairs adviser. As part of that job, he was vice chair for the Arizona-Mexico Commission. He previously served as vice president of outreach for the Tucson Hispanic Chamber of Commerce.

Ciscomani’s website references water once, stating: “Water is critical for our district and our state. Today, Arizona uses less water than we did decades ago while utilizing technology, growing our population, and preserving our resources. But the water challenges facing the district today remain. Juan will fight for a reliable, safe and affordable water supply.”

In a recent interview with The Republic, he said the federal government needs to step up “to ensure Arizonans aren’t paying the price because states like California have refused to act and are willing to let Arizona bear the brunt of the costs.”

As an immigrant, Ciscomani said he understands what it’s like to come to the U.S. and learn the culture and language, but he’s adamant that there’s a right way and a wrong way to enter the country.

In a recent interview with Ashley Hinson, a member of Congress from Iowa, he expressed support for the Trump administration’s “Remain in Mexico” policy that forced thousands of asylum-seekers to wait in Mexico as their cases made their way through U.S. courts. The policy, which was ended by the Biden administration, was criticized as inhumane.

The country, Ciscomani said, needs to “send the right message to Latin America that the border is not open to cross illegally.”

He also supports beefing up law enforcement at the border to stop drug cartels and human traffickers, noting that fentanyl overdoses were the No. 1 cause of death for teens in Pima County last year.

“These dangerous drugs are destroying communities and families, and we see crime and homelessness on the rise as a result. These are the most alarming consequences of the Biden administration’s total disregard of border security,” he told The Republic.

“Right now, Washington wants to federalize elections in a takeover that would undermine state voting ID laws, automatically register ineligible voters, and even use taxpayer money to fund campaign attack ads. Nancy Pelosi designed this legislation to stack the deck against Republicans so they can’t win. That’s unacceptable.”

In The Republic interview, Ciscomani blamed the Biden administration for spending trillions of dollars on “special interests and pet projects” while failing to secure the border.

“We are defunding the police at a time of record crime and, in turn, are funding projects to force people to drive electric cars.”