By Joshua Shimkus/Special for Cronkite News 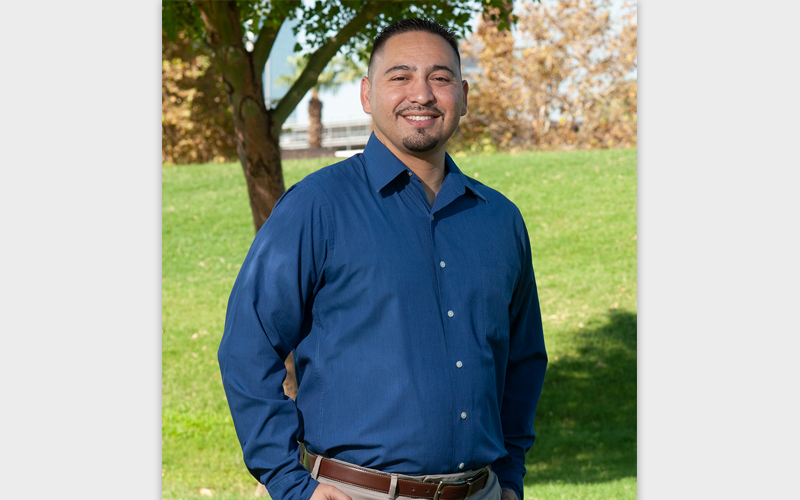 Arizona has a history of electing Republicans as state treasurer, but Martín Quezada believes it’s time for a change.

“Everything that I need to happen in order for me to be successful in this race is happening. And so now it’s just up to me to get it done.”

He is running against the incumbent, Kimberly Yee, a Republican.

Quezada has served the past eight years in the Arizona Senate but reached his term limit. He said he was prepared to move on from politics, but then several county treasurers encouraged him to run for treasurer. The job calls for managing the state’s investment portfolio, state cash flow, the land endowment fund and promoting financial literacy.

Quezada, who has lived his entire life in the West Valley, has more than a decade of experience in state and local government and is a practicing attorney who runs his own law firm, handling criminal defense, domestic relations, civil litigation and election law cases.

After being encouraged to run for treasurer, Quezada said he spent the summer studying the position and became more and more convinced that it’s the right fit for him.

“It’s a good transition point for me, and it’s definitely a big challenge, and I enjoy taking on big challenges.”

If elected, Quezada expects to lean on his 12 years of experience budgeting public money as a member of the Legislature and the Pendergast Elementary School Board in north Phoenix, on which he has served since 2010.

The Maricopa County Board of Supervisors appointed Quezada to the Arizona House in 2012 to fill a vacancy. He was elected to the state Senate in 2014 and isn’t able to file for re-election because of term limits.

Quezada said his legal background will be useful as treasurer, especially when it comes to differentiating laws that govern private money vs. public money.

And because he’s a West Valley native, he feels he has an understanding of what people want and need in Arizona.

“I’ve got a connection, I think, to the people’s values.”

“No. 1 is, I believe, that we need a full-time state treasurer.”

He said many past state treasurers have used the position as a stepping stone to higher office.

“I think for several treasurers back, they’ve never used this office to be the chief financial officer of the state and to really advocate for good financial practices.”

After that, he intends to focus on building working relationships with other statewide elected officials, as well as county treasurers.

“We’re a hyper-polarized state right now. Fortunately, I’ve got the experience of having worked in that setting for the last 10 years in the Legislature, working in the minority and being able to be effective at the same time.”

Quezada served three times as the minority whip in the Republican-led Arizona Senate, a position that requires frequent meetings with leadership from the opposing party.

He said he’s confident he can balance politics with the needs of the office.

“I believe we have a safe and secure election system, but that system is under attack by some extremists on the other side.”

He said Maricopa County has some of the best-run elections in the nation and noted there’s no evidence of widespread fraud.

Another challenge is learning the ins and outs of public finance. He said he has been studying and talking with experts and state treasurers to learn as much as possible, but he expects a learning curve if elected.

“‘Treat every day as if it’s your last day in office.’ I printed that out, it’s taped to my desk at work now.”

Q: When it comes to investing Arizona’s money, what would be your most important criteria? Should political considerations be part of the calculus? For example, should the state take into account a company’s use of low-wage workers or invest in a company that boycotts Israel?

“I think that the priorities are actually very simple. It’s safety, liquidity and yield.”

Politics tend to enter the picture when the discussion is about yield, he said, but he believes that investing in companies that value such things as diversity, labor rights and sustainability tend to be safer and stronger investments.

“When you have a good balance and when you keep all of your options on the table and you’re creating the strongest portfolio, most of your investments are going to go towards those corporations that are doing the right thing.”

Q: What role, if any, should ESG rankings play in investment decisions?

Quezada said environmental, social and governance standards are used by both progressive and conservative corporations and are an appropriate tool to evaluate investments.

“I think it’s really irresponsible of any manager or investor of public money to oppose any type of risk analysis for your investment strategy.”