By Jordan Gerard/Special for Cronkite News 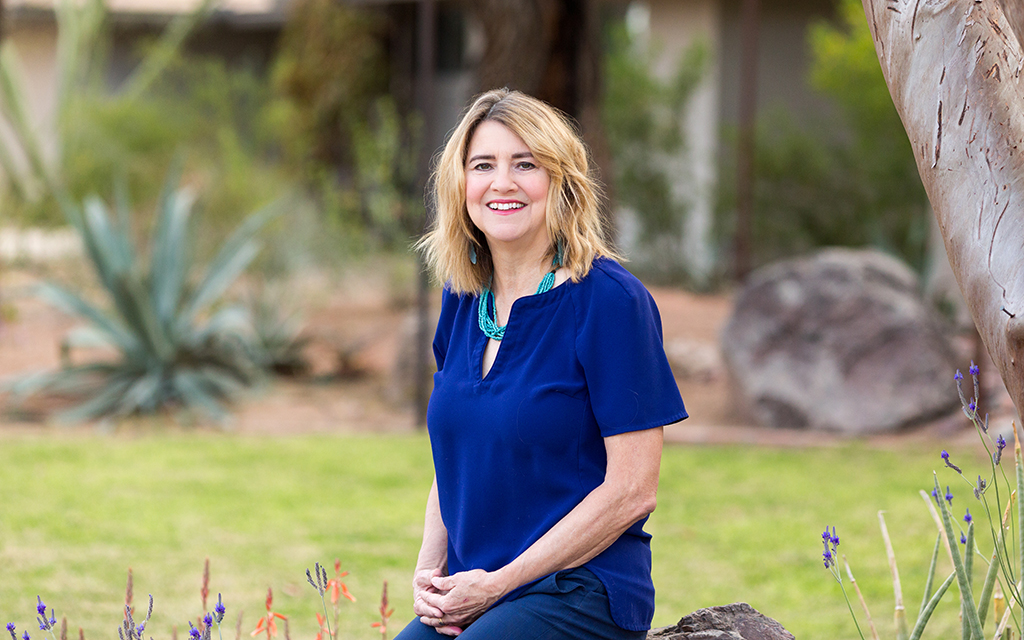 Democrat Lauren Kuby hopes to tip the balance of the five-seat Arizona Corporation Commission from Republican to Democrat.

Kuby is one of two Democrats running for the two open seats on the Corporation Commission, which regulates electricity, water and gas providers, and approves the rates that consumers pay. More than 300 small and large water companies are under the commission’s jurisdiction.

She said her top priority would be to raise the state’s renewable energy standard to be 100% renewable energy by 2035. That can be done, she said, by expanding rooftop solar technology and reducing rural communities’ dependence on coal-generated electricity.

Kuby said she may be the first Arizona candidate for statewide office – and the oldest – to use TikTok. She has attracted more than 1,000 followers with her trendy videos.

Decisions the commission makes will impact younger generations more than any other, she said.

“We need the younger generation to realize how important the commission is to the future, the future for a clean energy economy.”

In an interview for Cronkite News, Kuby said the Corporation Commission, which was established by the Arizona Constitution, is the most important office that “no one has ever heard of.” In some ways, she said, it’s a fourth branch of state government.

“We are at pivotal points in climate history in Arizona.”

She has advocated for transparency in elections and campaign finance reform. As a Tempe City Council member, she supported a measure to make political spending more transparent. She also was featured in the MSNBC docuseries “American Swamp” on fighting “dark money” and in the book “Reclaiming Gotham,” by Juan González.

Intense and more frequent wildfires, the worst drought in 1,200 years, flooding in the northern parts of the state, air quality, pollution and extreme heat. Kuby also said the state’s water infrastructure is outdated.

“We can’t afford to lose a single drop of water.”

The best and quickest way to do that is through solar, Kuby said. Homes and businesses should be encouraged to install rooftop solar with the assurance that they will be paid back for any excess power they generate.

Small cities, like Page, Joseph City and St. Johns, and the Navajo and Hopi nations should get help to wean themselves from coal-powered electricity, she said, adding that the commission could do that by requiring the utilities that own coal plants to fund the transition to clean energy in these communities.

“We are reliant upon them for resources. We extracted from them, used their land, polluted their air to build our cities. They’ve been dependent on coal for decades.”

She also said she would fight to preserve the commission’s independence and authority.

“The utilities have been handpicking commissioners that have been running them. They (utilities) have said they are committed to not getting involved (but are) investing hundreds of thousands of dollars in this race (and) legislative races, and (they) want to take away some of the power.”

Kuby supports raising the mandate to 100% renewable energy by 2035.

She said the Inflation Reduction Act could help families install solar panels and receive a 30% tax credit. That would not only make electricity more affordable, it would send a powerful signal to companies to invest in solar, Kuby said.

“We must, out of necessity, put politics aside to deliver equitable solutions for our residents, protecting the environment as well as public health and safety. Reflecting the consensus of our voters will improve bipartisanship as we come together to tackle the drought and the climate crisis.”

Arizona elections are the “fairest and best-run in the country.”

The real issue is that people are being discouraged from voting and are losing confidence in the electoral system, Kuby said, adding that millions of taxpayer dollars have been wasted by those challenging the 2020 election results.

“We are in danger of having the last free and fair election in this country.”

“I put everything that I am in the work I do.”

As a full-time ASU employee and environmental activist, she has a lot of demands on her time, but “when I’m on the commission, I (will) have a laser focus on what is best for the people of Arizona.”

“Don’t do nothing because you can’t do everything. Do something. Anything.” – Colleen Patrick-Goudreau