By Odom Rithy/Special for Cronkite News 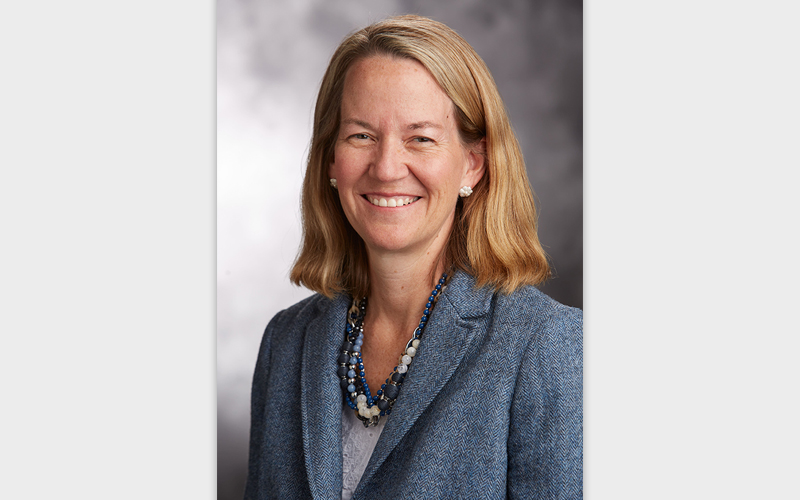 Kris Mayes promises to tackle a range of consumer issues, including elder abuse and fraud, as well as defend abortion rights if elected Arizona attorney general.

Mayes is a Democrat, a lawyer and a 51-year-old Arizona native who previously served two terms on the Arizona Corporation Commission. She faces Abraham “Abe” Hamadeh, an Army veteran and former Maricopa County prosecutor who denies the validity of the 2020 presidential election.

For most of her life, Mayes was a registered Republican, but she switched parties in 2019. She told the The Copper Courier that she did not leave the Republican Party; it left her.

She said party affiliation shouldn’t matter when it comes to the state attorney general’s office and promised to “depoliticize the office.”

Mayes has taken a strong position against abortion bans. If the Arizona Supreme Court decides that the state’s 1901 abortion law does not violate the Constitution, as Mayes believes it does, she would use her office’s discretion to not prosecute doctors, nurses or pharmacists who facilitate the procedure.

“What a woman does with her body is her decision, and the government has no place in these most private health care decisions.”

Mayes, who holds a law degree, teaches a course on energy law at the Sandra Day O’Connor College of Law at Arizona State University. Previously, she worked as press secretary for former Gov. Janet Napolitano, who appointed her to her first political post on the Corporation Commission, which oversees public utilities.

She started her career as a newspaper reporter and covered the late Sen. John McCain’s 2000 presidential campaign for The Arizona Republic, becoming the only reporter to be banned from his campaign bus, over a feud between McCain and the paper. She ended up trailing the campaign in a rented car.

The race is too close to call. A recent poll by the Trafalgar Group shows Hamadeh leading Mayes by 9 points. A separate poll by Global Strategy Group shows the candidates in a dead heat, with each garnering 45% of the likely vote. Both polls consisted of about 1,000 likely voters and were conducted in mid-September.

Mayes’s campaign had raised a little more than $1 million by the end of June, while Hamadeh had raised about twice that.

Mayes said she wants to return the office to its core mission – upholding the rule of law and protecting elections.

“I’m running against a man who believes that he can decertify the 2020 election, which is ridiculous but also dangerous. If that is something that the next attorney general does in 2024, we will have lost American democracy.”

Mayes said her two terms on the Corporation Commission taught her how to manage a complex government body and deal with high-stakes issues, such as pollution and utility regulation.

On her website, she offers a 16-point plan to preserve water supplies and combat water pollution, topics she said she became familiar with while on the Corporation Commission.

She also said more needs to protect the large number of Arizona retirees from financial exploitation, fraud, physical and sexual abuse and neglect – all of which she said has substantially increased over the past decade. Long-term care facilities also need more oversight and protections for residents.

Both parties have “some big issues to tackle in Arizona, and we can’t do that if we are not willing to work together across the aisle,” Mayes said, adding that she will work with “whoever wins the other (statewide) elections in Arizona.”

She believes there are some issues people can agree on, despite differences in party positions. These include the need to address the water crisis, combat rising fentanyl use, secure the border security and protect the elderly.

“Arizona has some of the safest, most secure, best-run elections in America. What’s so sad and sick about what my opponent and some other Republicans have done – which is that they have sown seeds of doubt unnecessarily about our elections. … Chanting things like ‘locking them up’ about our election officials. … This is absurd.”

On her website, Mayes adds that she will work to protect vote-by-mail from those who would limit or do away with it. A majority of all political parties use vote by mail and want to continue using it, she said.

“I have a 9-year-old daughter and so I’ve got to balance work with my life and with my daughter and make sure that I’m always thinking about being a mom first and foremost.”
Mayes said she was motivated to seek office by her concerns for her daughter’s future, especially after the Jan. 6 insurrection at the U.S. Capitol.

“I felt like I had a duty to my country and to my daughter and her generation to try no matter what the cost.”

“It is not the critic who counts … the credit belongs to the man who is actually in the arena,” by President Theodore Roosevelt.

These words resonate with her because “we all need to find our own ways that we can get in the arena and be involved,” she said. “And it can be a small way; it could be a big way; it could be running for office.”

Q: What can the AG’s office do, if anything, about border security? What steps would you take?

The federal government is not doing enough to help states secure the border, Mayes said, and upgraded and modernized ports of entry, both land and air, are needed to stop fentanyl from entering the country.

“We can catch it before it gets here.”

She also said the state needs to address human trafficking and sex trafficking associated with major sporting events, such as the Super Bowl, the Phoenix Open and the Barrett-Jackson Collector Car Auction.

“We need an attorney general who can tackle and go after sex trafficking in Arizona. We need to get Airbnb and Vrbo (vacation rental sites) to come to the table.”

Q: Abortion rights are now largely in the hands of the states. How will the AG’s office enforce Arizona’s abortion laws if you are elected?

Until Arizona’s abortion law is decided, either by the Arizona Supreme Court or voters, Mayes said she would not prosecute doctors, women, nurses, midwives or ride-share drivers who seek or facilitate abortion.

On her website, she adds that the Arizona Constitution contains an express right to privacy and she will take the fight all the way to the Supreme Court if necessary.

“I frankly think the Republicans are like the dog that caught the bus. They have no idea the backlash they’re going to get on Nov. 8 from Arizona voters about it.”