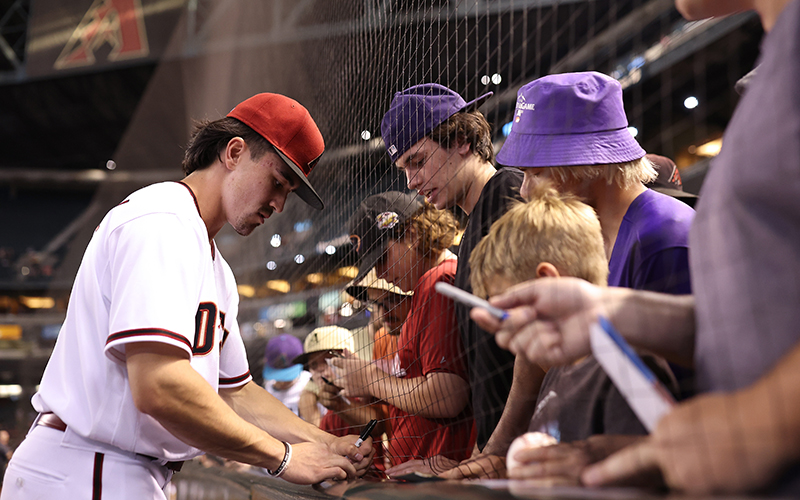 Arizona Diamondbacks rookie Corbin Carroll is one of many reasons for fans to remain optimistic about the future of the franchise. (Photo by Christian Petersen/Getty Images)

PHOENIX – Wait ‘til next year. Fans of the Arizona Diamondbacks have heard that refrain a lot over the past decade or two, but this time their optimism might actually translate into a winning season.

The Diamondbacks hit what some would call “rock bottom” in 2021, finishing with a dismal record of 52-110, the second worst in franchise history. It seemed that going into 2022, the club was bound to replicate the same trends as it entered full rebuild mode.

Fast forward 11 months later, and the Diamondbacks made considerable improvements on the field while bringing up multiple players from their farm system who have the potential to become franchise cornerstones.

Ten players made their major league debut with the club in 2022, but even with the infusion of youth, the Diamondbacks finished 74-88. Despite the losing record and another October with no playoffs, there is a feeling in the clubhouse that the team’s trajectory is moving toward a return to postseason baseball.

“There’s been lots of energy in the clubhouse,” said rookie outfielder Stone Garrett. “We come in the clubhouse every day ready to compete with playoff teams. It’s been fun.”

He debuted with the Diamondbacks in August and immediately made an impact, especially with Arizona fans.

In his first game with the big club on Aug. 29, Carroll quickly showed his worth. Arizona was down 7-0 going into the bottom of the fourth inning against Philadelphia, and it looked as if the Phillies would spoil Carroll’s big day.

Instead, the Diamondbacks rallied to tie the game 7-7 in the bottom of the fifth, setting the stage for Carroll. He delivered a bases-loaded go-ahead, two-run double that gave Arizona a 9-7 lead. It was Carroll’s first career hit in the big leagues, and the Diamondbacks went on to complete the biggest comeback in franchise history with a 13-7 win.

Carroll is slashing .260/330/.830 in 104 plate appearances this year and also a speedster on the base paths. He ranks among the top 1% in sprint speed covering 30.7 feet per second, according to Baseball Savant.

“We have a ton of talent in this clubhouse,” said second baseman Ketel Marte. “There’s a lot of young guys that can play. Together, we’re going to be a really good team.”

Another fan favorite is 25-year-old outfielder Jake McCarthy, who debuted for Arizona late in the 2021 season but only got to play in 24 games. This year, McCarthy adjusted nicely, slashing .283/.342/.769 in 321 plate appearances this year.

While those stats look good on their own, McCarthy went on a tear after he All-Star break with a .300/.360/.786 statistics line. Like Carroll, one of McCarthy’s weapons is his speed on the base paths. He accumulated 23 stolen bases this season.

“I think it comes from just a little bit more experience and at-bats under my belt,” McCarthy said. “I just try to be as competitive as possible, whether it’s in the box, or around the base path, and understanding that I’m capable of playing at this level.”

The Diamondbacks also called up an outpouring of pitching talent. Rookies Ryne Nelson and Drey Jameson made their MLB debuts 10 days apart, with Nelson coming up on Sept. 5 and Jameson on Sept. 15.

“My mentality has been to go out there on a pitch like it’s the last game I’ll ever play,” Nelson said. “That’s what a lot of us young guys have been doing. We’re just going out there and playing hard, trying to prove ourselves.”

Arizona has had a plethora of youth prospects at the same time in the past. In 2003, the fan-favorite “Baby Backs” included names such as Brandon Webb and Robby Hammock. The team had 13 rookies play throughout the season at some point after the Diamondbacks were decimated by injuries, with a whopping 15 players on the disabled list.

That group of rookies inspired “Baby Backs” T-shirts and even a collectible calendar that the team sold for its charity.

In 2011, the team already had young pitchers Ian Kennedy and Daniel Hudson at the
major league level with youngsters Trevor Bauer, Patrick Corbin, and Archie Bradley in the farm system. Diamondbacks CEO Derrick Hall said at the time that the group had the potential to compare with the great Atlanta Braves rotations of the past.

It didn’t work out that way.

Nearly 11 years later, all the players listed besides Kennedy are on different teams.

The Diamondbacks’ current youth movement is just getting started. The team still has a plethora of talent in its farm system with three more highly touted prospects on the MLB Top 100 list.

Jordan Lawler, the 2021 MLB Draft sixth overall pick, sits at No. 12 on the list and is already playing Double-A baseball. Druw Jones, the second overall pick of the 2022 MLB Draft, is ranked No. 11. And 23-year-old pitcher Brandon Pfaadt is 90th on the list. He was named Diamondbacks’ Minor League Pitcher of the Year on Sept. 27, after becoming the first minor league pitcher to reach 200 strikeouts since 2011.

Diamondbacks starting pitcher Zach Davies has been in the majors since 2015 and has seen players come and go throughout his tenure in the big leagues. For Davies, these young guns have shown him more than enough to state their claim in the big leagues.

“Coming from where I started in 2015, I was on a similar team that was still rebuilding and on the up and up,” Davies said. “The amount of work that I’ve seen these guys put in day in and day out is impressive.”

The young Diamondbacks again failed to make the postseason, but the organization might be planting the seeds that sprout a perennial playoff contender in the coming years.

“I think we all understand how talented we can be,” McCarthy said. “We’re just trying to show some of these teams that we belong, and that we’re going to be a great team moving forward.” 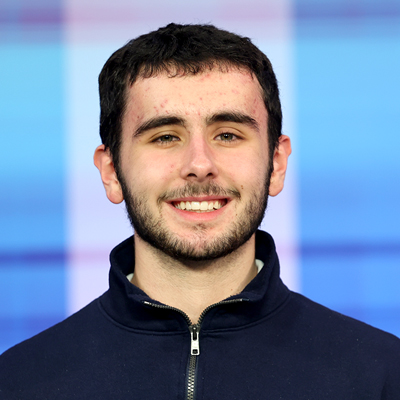