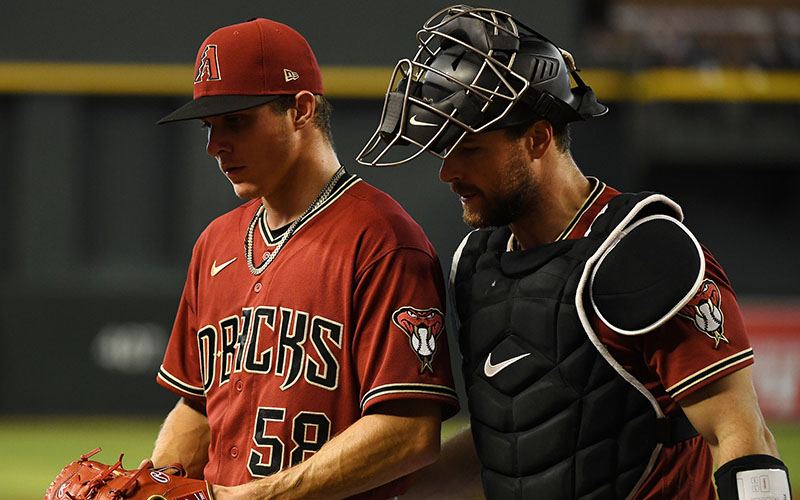 PHOENIX – With the MLB season coming to a close, and the Diamondbacks officially knocked out of playoff contention, most players anticipate some time off from the game in October.

However, utility man Cooper Hummel sees the upcoming Arizona Fall League as an opportunity to show coaches his potential as a catcher.

Scheduled from Oct. 3 to Nov. 10, the Arizona Fall League has always served as a place for teams to send their top prospects to develop for an extra month before the offseason. Last Friday, the Diamondbacks announced Hummel’s participation after the regular season. While major leaguers have participated in the Fall League in the past, it is an anomaly for someone with Hummel’s level of experience.

But he believes it’s a chance to become more consistent behind the plate with more reps and experience.

“Whatever works for them. It’s not my decision and whatever the organization needs for me. It’s what matters,” Hummel said when asked if he would prefer to remain as a utility player.

Carson Kelly is the Diamondbacks’ starting catcher and received the majority of the work behind the plate this season. The 27-year-old Hummel started 41 games, including 16 at catcher. He made 64 appearances, including 21 games in left field, two in right field, 17 as a designated hitter, 20 appearances as a pinch hitter and 16 starts at catcher. 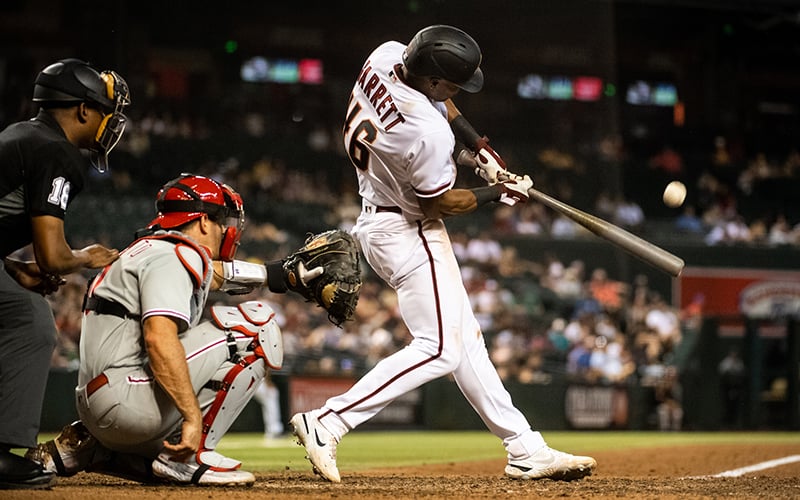 Hummel, who was drafted as a catcher by the Brewers, is no stranger to playing multiple positions. He played catcher, third base and the outfield for the University of Portland before testing out pitching for the Carolina Mudcats, the Class A affiliate of the Brewers. Hummel officially made the move to the outfield in 2019 with the Biloxi Shuckers and remained an outfielder until he was traded.

With Hummel’s experience all around the field, he hopes to find a permanent home behind the plate in the Fall League.

“I went (to the Arizona Fall League) last year, and it’s obviously a different experience now after being in the big leagues already,” Hummel said. “So really, just getting reps and getting used to the position a little bit more and getting more consistent at that while being a catcher. Right now, it’s once, twice a week with Carson playing. And I think they want to see me play and on a back-to-back-to-back basis, potentially.”

For the first three weeks of spring training, Hummel played behind the plate, until manager Torey Luvullo transitioned him out of the catching picture to fill a void within the outfield.

“He hasn’t played very much and I think he needs the reps,” Diamondbacks pitcher Ian Kennedy said of Hummel. “I played winter ball. I played fall ball, Fall League. He didn’t have the at-bats and all that stuff. He caught us, all of our bullpens, but for the most part, he needs all that (hitting and fielding) work. He needs to get those reps in.” 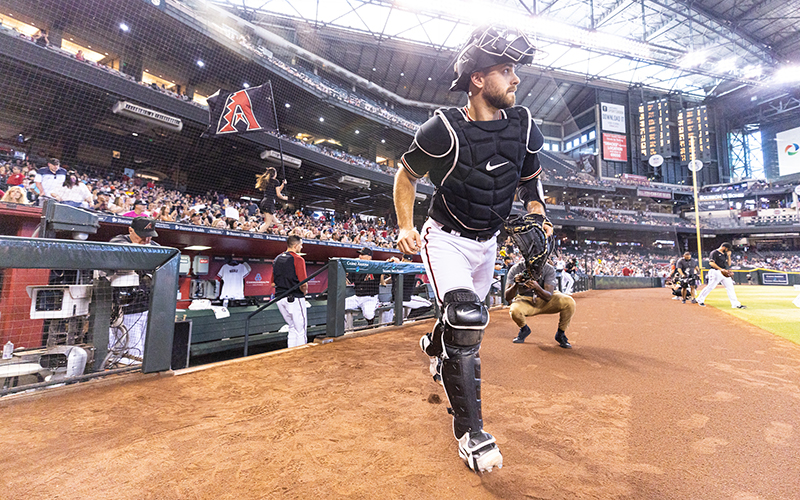 Arizona Diamondbacks catcher Cooper Hummel will play another month of baseball in the Arizona Fall League to gain more repetitions behind the plate in hopes of transitioning from backup to full-time catcher. (Photo courtesy of Garrett Ohrenberg/Arizona Diamondbacks)

Lovullo said Hummel’s willingness to go to the Fall League “speaks volumes about what he wanted to do to help this team and help him in his career.”

“It’s not easy to go down and play in more games, you want to have your season conclude and go and start to enjoy your offseason,” Lovullo said. “But it’s about who is getting the reps right now and us making the right evaluation (to) give him the opportunity to grow and learn. What it says to me is he wants to be a member of this team, and he’ll do anything to make that happen.”

The Diamondbacks made the decision to option reserve catcher Jose Herrera to Triple-A Reno on Aug. 9 to give him more playing time and at-bats. However, Luvullo believes that Hummel can serve as the backup to Kelly for years to come after player development put him behind the plate and began to evaluate him as a catcher.

“They said he could do a pretty good job. He was doing a really nice job,” Lovullo said. “So we had the need here. We thought it would be a good transition for him and it’s been very good.”

Kelly was Luvullo’s No. 1 choice and Herrera was called up on April 9 to serve as his backup when Hummel transitioned to the outfield.

However, Luvullo expects Hummel, who has spent previous offseasons catching bullpens for whoever lived nearby, to transition to full-time catching duties behind Kelly. And Hummel has high expectations that he can help the Diamondbacks major league squad in the position he loves the most.

“It’s a player that’s been here for a hundred days, 110 days. I don’t know exactly what the number is, that we asked to go down there and continue getting reps behind the plate,” Lovullo said. “It’s not easy to go down and play in more games and you want to have your season conclude and go and start to enjoy your off season. I think that we don’t have a ton of catching depth in the system. I think all our depth is at the lower levels. So we just had a need for a guy. I just thought Cooper was the name, so we had the need there.” 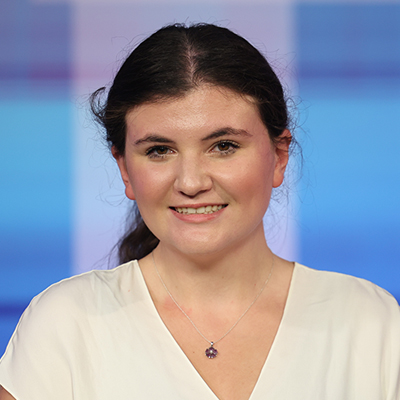