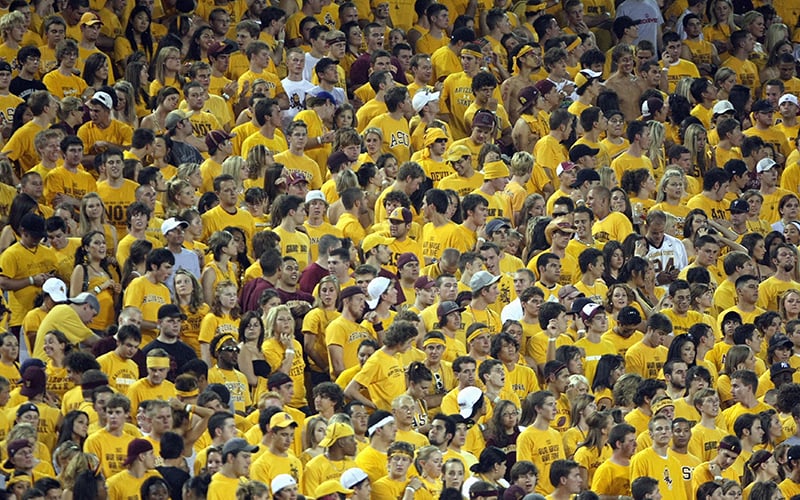 Arizona State football fan support is usually strong at the beginning of games but the crowd, and especially the student section, tends to leave early. (Photo by Stephen Dunn/Getty Images)

TEMPE – As the sun symbolically set on the Herm Edwards era at Arizona State Saturday night, and the Eastern Michigan players proudly displayed their MAC conference flag celebrating their shocking victory, many of the reported 43,788 fans in attendance weren’t there to see it.

Those who did remain until the bitter end weren’t shy about expressing their displeasure, with boos and angry chants providing a soundtrack.

Following the game, sophomore tight end Jalin Conyers took to Twitter to voice his and his teammates’ concerns over fan support, as well as pleading with fans to continue coming out and supporting Arizona State football despite the 30-21 loss. Booing and leaving early, he said, “is not what players work and practice for every single day.”

The pleas did not stop with Conyers. Newly appointed interim head coach Shaun Aguano penned a letter to the ASU community, highlighting his appreciation of family – or “ohana” in his native Hawaii – and expressing his desire for Sun Devil fans to stick by his team through this tough stretch.

“And it is my hope that you, my Ohana, will stand with me as we traverse this path, welcoming the challenges that face us,” Aguano wrote. “There will be trials and tribulations. But I assure you we will not flinch because I know that these young men want nothing more than to put on a performance worthy of celebrating for you. And it is through your support that we will help these young men succeed, not only on the football field, but in life, as husbands, fathers and as members of society.

“Because it takes a village. And there’s no other village I would rather be in than this one, with you, my Sun Devil Family.”

ASU hopes success on the field can help boost attendance. It is averaging 44,276 fans for two home games this season – 82.6% of its capacity of 53,599 – good for sixth in the Pac-12. Last season, the Sun Devils finished seventh in the conference for home attendance with 45,406 fans.

The university has been focused on enhancing the gameday experience. It is encouraging fans through social media to line up and cheer during the team’s Sun Devil Walk to the stadium. It had added this season the Dos Equis Tailgate, which is inside and outside Desert Financial Arena on the north side.

The Sun Devils are 1-2, with No. 13 Utah coming to Tempe Saturday night for the first Pac-12 contest of the season. The schedule only tightens, as ASU plays two more ranked teams following the Utes. Offensive lineman LaDarius Henderson acknowledged the disenchanted fans who aren’t sure about attending games the rest of the way.

“Be patient with us,” Henderson said. “We can’t achieve every aspiration they have for us and we have for ourselves in one week or one day. So just come out, support us, be with us, because this is for Arizona.”

Sun Devil Stadium has struggled in recent years to resemble the game day atmosphere of top programs. Since fans returned to the stands following the pandemic, the student section in the south end zone has a strong presence around kickoff, but by the third quarter, a good chunk of fans have hit the exit.

Max Flammer, a junior at Arizona State, said the disappearing act could be attributed to Tempe’s myriad entertainment options. 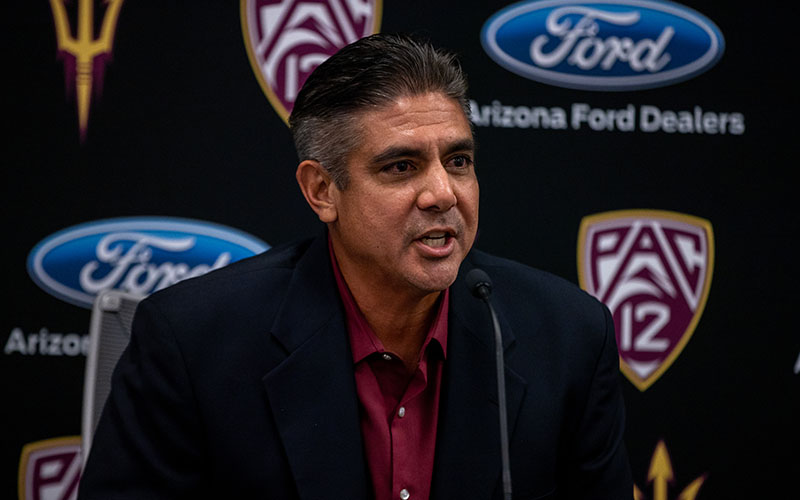 “We don’t have tailgates like the SEC, where the only thing in town is the game at 7 p.m.,” Flammer said. “It’s the downside of living in a huge college town where there is so much to do and so many students involved.”

Flammer cited Starkville, Mississippi, the home of Mississippi State, where football is the only thing going on in town and people gravitate towards the games since there are fewer options for entertainment.

Flammer also mentioned West Coast football culture, describing college football fans in the West as being more apathetic toward the outcome because there are many more social opportunities besides football. Flammer said he plans to continue going to ASU games, but the social aspect of it is the deciding force in his decision, not the product on the field.

“I will continue going to games, even if our team struggles,” Flammer said. “I wouldn’t exactly go to watch the Sun Devils, but those football games still represent a fun social opportunity, even though the game can feel secondary.”

The Sun Devils are only a quarter of the way through their 2022 campaign, with plenty of football left to play. They haven’t even played a Pac-12 game yet. Fullback Case Hatch implored ASU fans to look ahead, not back, Saturday against Utah.

“Now we’re moving forward, and I hope the fans kinda see that as well and support us in this tough time, ‘cause it is a tough time,” Hatch said. “Things are changing, but I hope that we have their support as much as we support coach Aguano, and I hope they come out this weekend and see kind of what we have to prove.”

Saturday’s game will be the test to see if the ASU “ohana,” as Aguano wrote in his letter, will remain by his team’s side.

Winning cures many ills – the Sun Devils know that – and a victory against the favored Utes after a difficult few weeks would be the perfect start to life with Aguano for ASU. 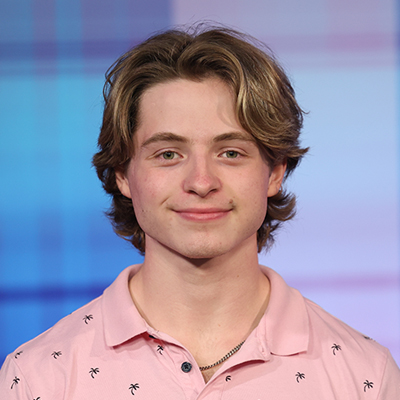 Joe Eigo expects to graduate in spring 2024 with a bachelor’s degree in sports journalism. Eigo has covered Arizona State softball for Inferno Intel and ASU men’s golf team for WCSN.