TEMPE – A group of Mint Dispensary customers surrounded a towering man wearing a flat-brim hat with a cross emblem and a T-shirt that had the familiar image of a marijuana leaf emblazoned on the front.

The customers might not have recognized that the guy in the hat with the pot leaf on his shirt was a former NFL standout, but they might have recognized another NFL great standing nearby wearing his trademark sunglasses.

Former NFL quarterback Jim McMahon, a Scottsdale resident, joined former NFL linemen Kyle Turley and Eben Britton for a recent event at the Tempe dispensary, hoping to remove some of the stigma that comes with cannabis use. They came together to tell their stories and showcase how cannabis can be a new addition to the athlete’s gym bag.

For McMahon, cannabinoids haven’t just been a temporary fix. They’ve been a life-altering solution.

“God got us all off of these (pain) pills that we were taking for years,” said McMahon, the legendary quarterback who played seven of his 15 seasons with the Chicago Bears and had a short stint with the Arizona Cardinals.

Cannabis “is a much, much better thing for us. Everybody has a cannabinoid system in their bodies, and we’re supposed to be using this plant.”

Professional athletes endure a plethora of mental and physical obstacles while competing at the highest level. Finding the necessary pain-management solution that aligns with the collective bargaining agreement between the NFL and its players has been controversial for decades.

With the NFL season in full swing, the level of punishment for cannabis use compared to other league violations is a major topic of discussion for players. Back in 2018, retired NFL tight end Martellus Bennett estimated during a Bleacher Report podcast that cannabinoids are used by more than 70% of the league’s players to manage pain.

“There are times of the year where your body just hurts so bad,” Bennett said. “There are anti-inflammatory drugs you take so long that they start to eat at your liver, kidneys and things like that. A human made that. God made weed.”

How many players in the NFL smoke weed? Over/Under: 70%

Current and former athletes have been at the forefront of the push to allow the use of cannabis, and the NFL and NBA have recently started to change their overall stance on marijuana.

During the 2021 offseason, the NFL and the NFL Players Association agreed on changes to the league’s marijuana policy. Players now are only required to test for marijuana once per year at the start of training camp. Players that fail the test are subject to a fine, but not the lengthy suspension they faced in the past. Meanwhile, the NBA extended its current policy of not drug testing players at all for marijuana.

Finding ways to cope with the pain has been a common problem for athletes across the sports landscape. For McMahon, Turley and Britton, creating a company that could encapsulate their stories and offer healthy cannabinoid alternatives was of utmost importance.

So the three created their own cannabis company, Revenant. The brand launched two years ago, and the company is hoping to create a recognizable movement around healthy, lab-tested cannabis products that are both affordable and easy to find.

Through every head-to-head collision, forceable tackle and painful stumble, each of the three players dealt with severe injuries, and the pain still lingers today.

McMahon, who led the 1985 Bears to a Super Bowl XX victory over the New England Patriots, suffered from severe chronic pain after he retired. To deal with the pain, he became attached to pills, claiming that at one point he would take 100 Percocet pills a month.

McMahon’s story is not unique among former NFL players, including Turley, who said he suffered from chronic traumatic encephalopathy (CTE) as a result of numerous hits to his head as a player.

“I wanted to have a brand in the cannabis space that could speak to this experience that I had, where cannabis truly saved my life. And I can honestly say that to anyone,” said Turley, an offensive lineman who played in the league for nine seasons. 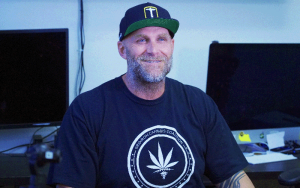 Former NFL player Kyle Turley discusses the positive health effects of cannabis at his new dispensary, Revenant, and what the company provides its customers. (Photo by Adrian Chandler/ Cronkite News)

Turley pointed to a meeting he had with high-ranking NFL officials and league doctors when he was asked about the recent changes to the NFL policy surrounding cannabis.

He reflected on his experience on and off the field to explain why cannabinoids are a healthier option for players than opioids, which can cause severe long-term health issues.

“Well, how do you address anything if you don’t go to the source first?” Turley asked. “The source is the endogenous cannabinoid system. It’s in the center of your brain. Everything else falls from it.

“I spoke to (the NFL’s) doctors about this, and I showed them that my condition, in what they know about me and who I am, can be resolved and medically medicated and mediated through cannabis.

“They told me after that meeting that I was right. I said, ‘Why does this have to take any time for you guys to do this?’”

Injuries have always plagued athletes and the COVID-19 pandemic that began in 2020 resulted in condensed seasons and hectic schedules that only made the need for new medical solutions more crucial.

On Feb. 1, the NFL pledged $1 million toward funding research into the benefits of cannabis and cannabidiol (CBD) on pain management for the players. The University of California San Diego and the University of Regina were chosen by the league to conduct a three-year study.

Today, the @NFL announced $1 million in research funding to researchers at @UCSanDiego and @UofRegina to study the impacts of cannabis and CBD on the pain management of elite athletes. Learn more: https://t.co/riWoOQWYNe

There are now 37 states that have legalized medical use of cannabis, and proponents like Turley believe that dispensaries have a proven track for other benefits, including curing diseases and infections.

“No offense, but these dispensaries are better than the multi-billion dollar hospitals down the street,” Turley said. “You can cure cancer here. You can cure diabetes here.

“I cured neuropathy using Rick Simpson Oils (a cannabis extract developed by Canadian engineer Rick Simpson) off a two-and-a-half month treatment program watching Rick Simpson’s videos. I started curing all this stuff, and I’ve given it now to so many more people like Jim and Eben and the guys around this that have had the same experience, universally.”

The fight to break down barriers around the use of cannabis in sports is ongoing, but thanks to athletes like Turley, McMahon and Britton, who have portrayed their lived experiences, policies and rules are changing.

One story at a time. 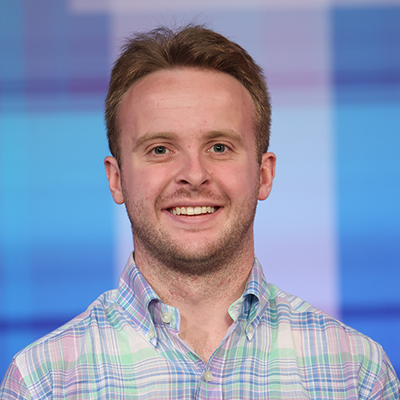 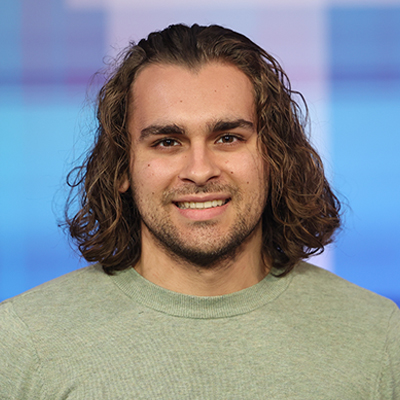 Caleb Wiley expects to graduate in spring 2023 with a bachelor’s degree in sports journalism. 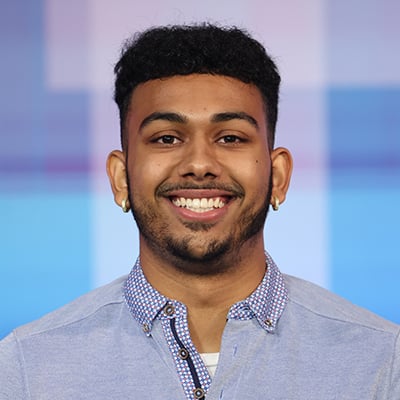