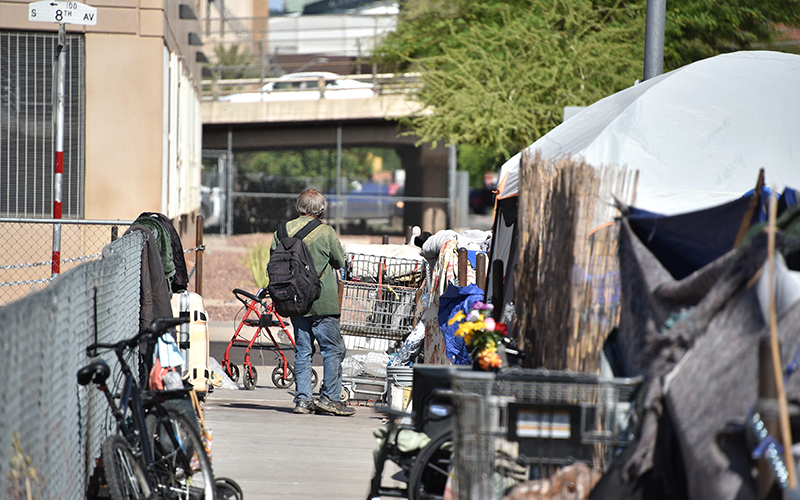 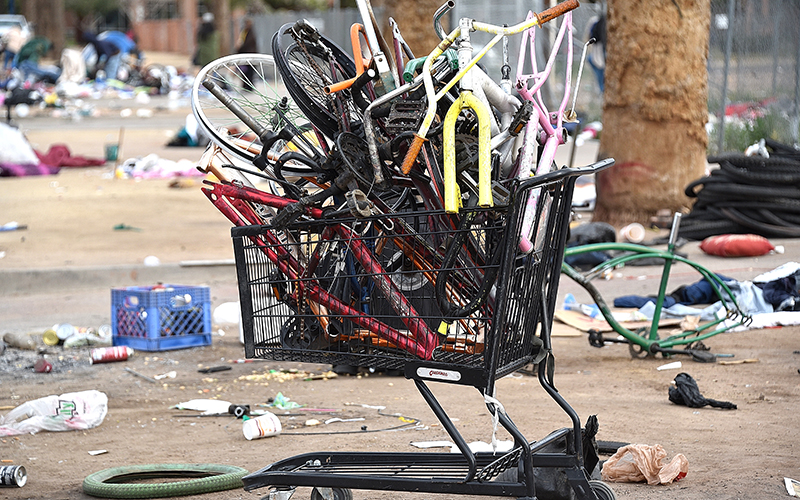 Bicycle parts fill a shopping cart near an encampment for unsheltered people just east of downtown Phoenix. A lawsuit filed in August asks that the area be declared a public nuisance. (Photo courtesy of Steve Carr/Human Services Campus) 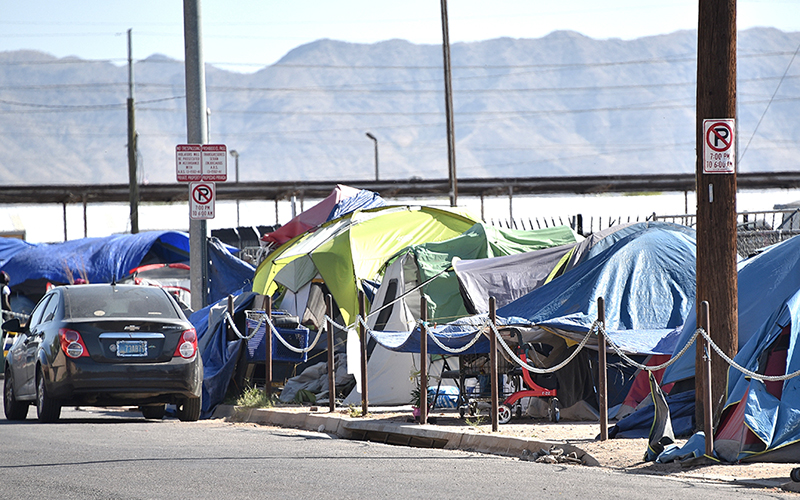 PHOENIX – A group of residents and business owners just east of downtown have filed suit seeking a declaration of public nuisance in hopes the city will enforce laws in an area where several hundred unsheltered people have set up camp.

“There’s no accountability, there’s no standard, there’s no enforcement of law, and people are being subjected to living conditions that are truly not acceptable,” said Karl Freund, the CEO of Kenneth James Realty, who’s involved in the lawsuit and owns a warehouse near the area.

Freund said he wants the city “to enforce the existing laws in the books. We’re not asking for anything other than that.”

Ilan Wurman, an attorney for the plaintiffs, said those laws deal with drug use, domestic violence, fires, public urination and defecation, and environmental laws.

The lawsuit filed last month in Maricopa County Superior Court identifies an area bounded by Seventh and 15th avenues, Van Buren and Grant streets, particularly a section known as “the Zone.” Tents line the streets, trash is scattered throughout, and many broken bicycles fill a camp in the area. The suit alleges that Phoenix “has created a policy of concentrating its homeless population in plaintiffs’ neighborhood.”

Freund said his goal is to seek more law enforcement when it comes to mental health services and drug usage.

“We’re just throwing money at the problem,” he said. “I don’t think that is a solution.” 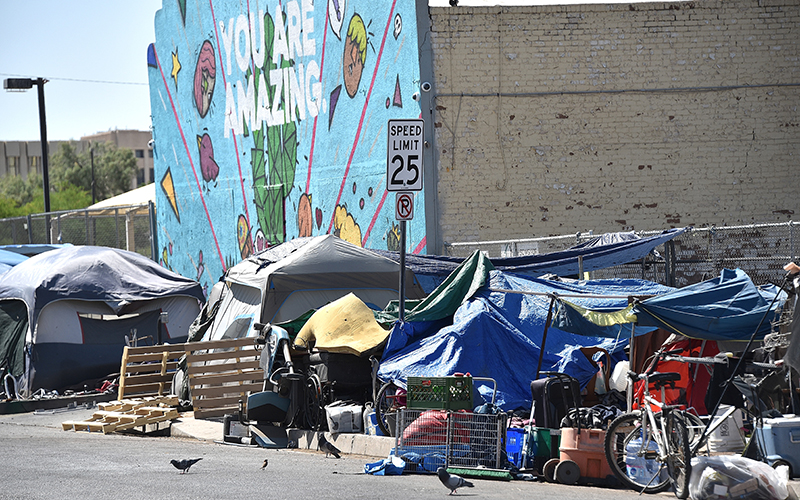 Tents, clutter and bikes near an encampment for unsheltered people just east of downtown Phoenix. A lawsuit filed in August asks that the area be declared a public nuisance zone. (Photo courtesy of Steve Carr/Human Services Campus)

Wurman said his clients are not seeking compensation or to overturn a 9th Circuit Court decision that has been applied to Arizona. The 2018 decision involved an Idaho case in which a federal appeals court ruled it was unconstitutional to criminalize sleeping in public, especially if no shelter beds are available.

“The city of Phoenix has used this relatively narrow ruling to completely abdicate its responsibility over the homelessness crisis,” Wurman said.

“The only law that can’t be enforced right now because of the 9th Circuit decision is you can’t send them to jail for sleeping at night if there are insufficient shelter beds.”

Although the lawsuit names the city, other organizations not involved in the lawsuit are working to combat homelessness in the area. Human Services Campus, a Phoenix nonprofit of 16 partner organizations committed to ending homelessness, last month restarted its Project Connect events, which bring housing, medical and employment services to hundreds of people in need. 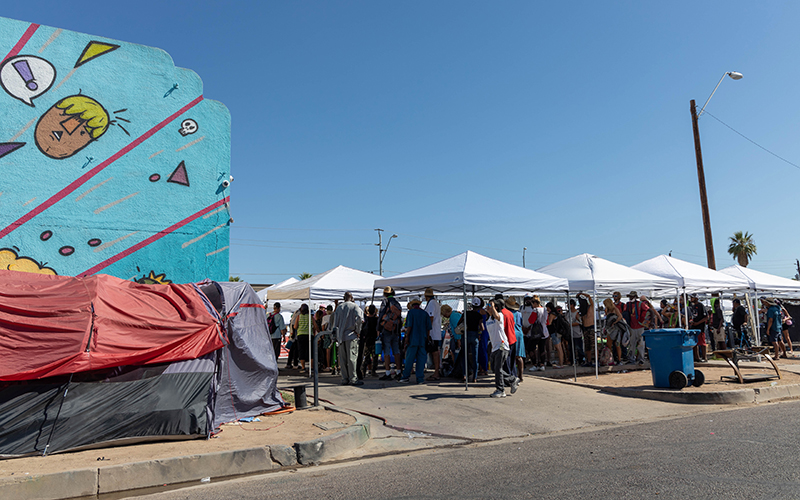 Anthony Gray, 44, said the Zone is “not how you’re supposed to live.” He attended Project Connect for the first time, on Aug. 30.

“It’s good for the community … because it helps people – not push them away,” he said.

The plaintiffs support such efforts as Project Connect, which they say are necessary to helping unsheltered people. But they want the city to do more.

Phoenix officials declined to comment on the pending litigation but pointed to several efforts it has underway related to homelessness and affordable housing.

Wurman said the plaintiffs expect to hear a response from the city by Friday.