The George & Dragon English pub is decorated with British memorabilia along the walls, including a Union Jack on the ceiling. Photo taken Thursday in central Phoenix. (Photo by Emily Mai/Cronkite News) 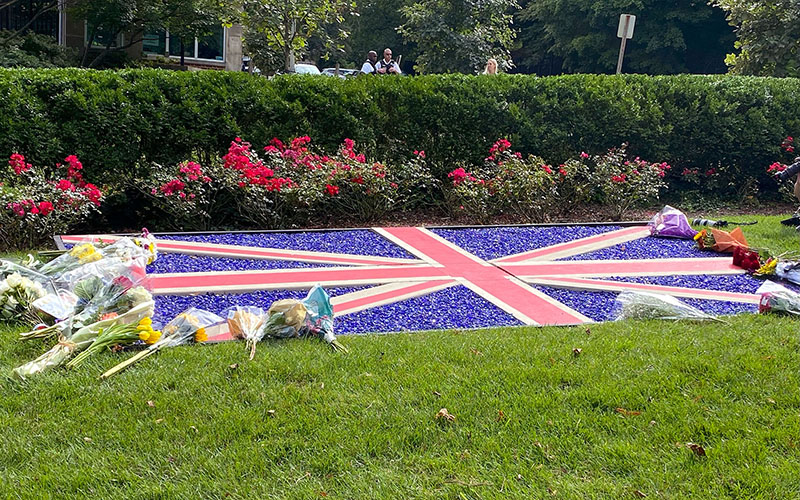 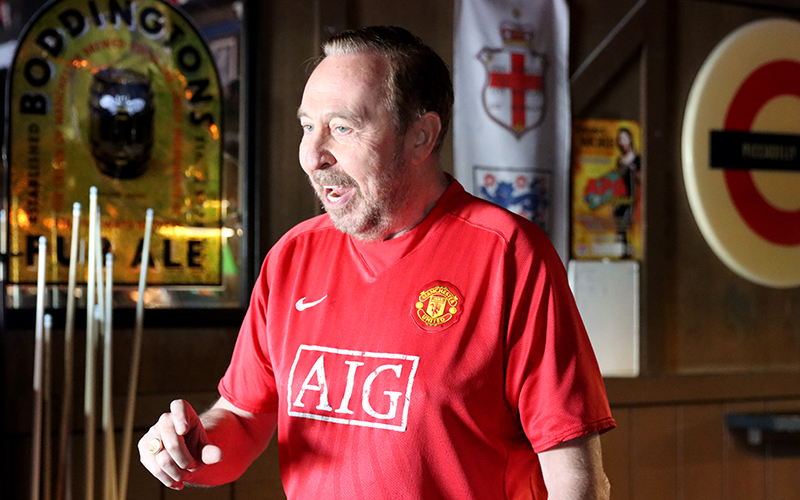 David Wimberley, British migrant and owner of the George & Dragon, plans to celebrate the queen’s life by serving her favorite cocktail, a Dubonnet and gin, to his pub patrons. (Photo by Emily Mai/Cronkite News) 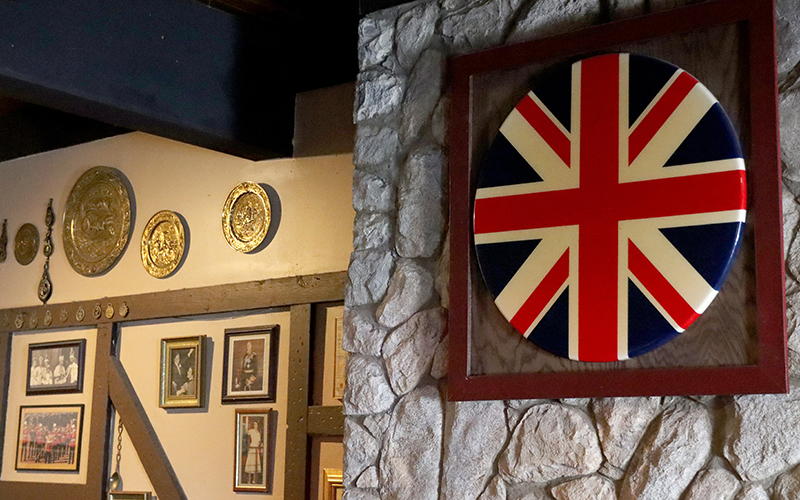 The George & Dragon is a gathering place for the British community in metro Phoenix. Owner David Wimberley adorns the walls with photos and items pertaining to British history. (Photo by Emily Mai/Cronkite News)

PHOENIX – Inside the George & Dragon English pub, cheers and toasts in honor of Queen Elizabeth II could be heard from the British community and the regular patrons in the early afternoon Thursday.

The British community in Arizona is small but closely connected, according to David Wimberley, owner of George & Dragon on Central Avenue. Wimberley was at home when a friend called with the news that Elizabeth II had died at age 96. Soon after, calls from others with ties to Britain who were mourning her death poured in.

“I never personally met the queen herself,” he said, “but she was like everyone’s grandmother or mother, everyone loved her. She will be sorely missed.”

Wimberley had planned to fly back to the United Kingdom for a soccer match, but it has been postponed because of the queen’s death.

Meanwhile, as a tribute to Elizabeth, Lake Havasu City is illuminating the London Bridge in purple light – the color of royalty – for the next three nights. The original bridge was disassembled in the 1960s and parts of it rebuilt beside Lake Havasu City. 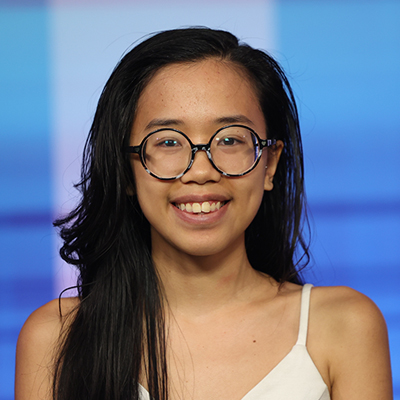