Members of the 2021 GCU women’s soccer team greet each other on the sidelines after receiving their 2021 WAC Championship rings. (Photo by Nicholas Hodell/Cronkite News)

This season’s unbeaten squad mingled with their former teammates, embracing each other, exchanging smiles and hugs and admiring the rings that commemorate GCU’s first WAC title in women’s soccer.

“It was a nice feeling,” junior forward Gianna Gourley said. “I haven’t seen a lot of those girls in a long time. I think we all just took a minute, and we all hugged each other and just shared a good moment.”

The moment was the culmination of a remarkable breakthrough for a program which had never even had a winning season in its brief Division I history, let alone a conference championship and NCAA Tournament appearance.

However, before the program could chase titles, it first had to completely change from within.

In 2016, Derek Leader became the first women’s soccer coach hired in GCU’s Division I era. His coaching background at Georgia State and the IMG Academy made him appear to be a good fit for the Lopes.

However, former players under his leadership described an atmosphere that was anything but good.

“I know it was not the best for us,” Iranshad said. “We didn’t believe in ourselves. I think we didn’t come out to training knowing that we were a good team.”

The results backed that up. The Lopes never finished above fourth in the WAC during Leader’s tenure from 2016 to 2019. In the three seasons in which GCU was eligible for the WAC Tournament during his time, Grand Canyon won just one tournament game.

Leader stepped down after the 2019 season following a call for his removal by former players, who alleged that there was an abusive environment fostered by Leader and his coaching staff.

Chris Cissell became the program’s new coach on Dec. 23, 2019, arriving at GCU with an impressive track record in the WAC. His University of Missouri-Kansas City Roos – then members of the WAC – won three conference championships and he was named Coach of the Year twice.

When he first stepped into his role at GCU, Cissell knew things had to change.

“We tried to restore the fun and the chemistry and just having a passion and a love for soccer again,” Cissell said. “I felt like once we got the girls to really love soccer again and believe in themselves and believe that we could actually win games, then that just helped with the whole culture of being a family and (with) a team-first mentality.”

One part of GCU’s culture reset was to focus on the present, according to Iranshad.

“He also made a point to not talk about what it was like in the past and he just wanted to start fresh and bring all his new ideas and new things to the team,” Iranshad said. 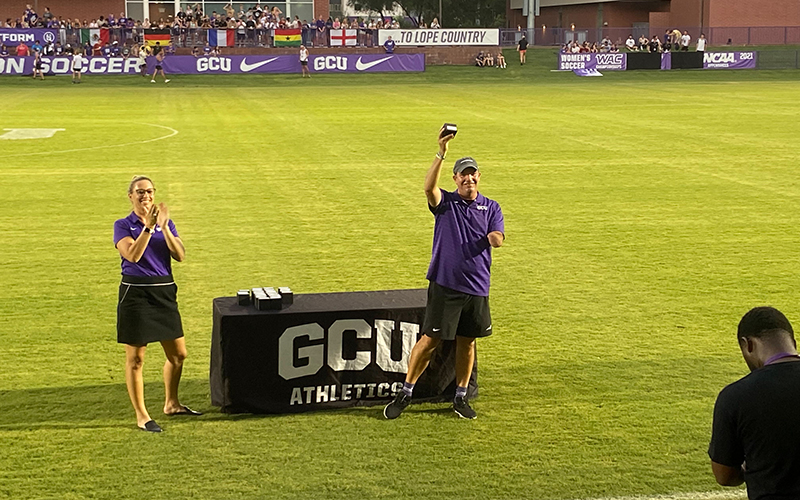 The forward-looking culture was just the start of the changes Cissell brought to the team. He gave the Lopes a different, freer approach on the pitch, and along with that came more confidence.

“He really encouraged playing more technical and passing around,” Iranshad said. “He also just really believed in us, which made us have confidence to take the ball and do something with it and be creative.”

The difference was immediately noticeable.

Even though GCU did not quite get to an overall winning record in the spring 2021 season, the Lopes finished WAC play with a 7-4-1 mark and reached the WAC Tournament semifinals. Cissell earned his third WAC Coach of the Year award in four seasons.

Cissell’s coaching style and a renewed positive spirit attracted Gourley to transfer to GCU from Iowa, where she was a member of the Big Ten Conference’s All-Freshman team in 2019.

“Chris just made it seem like he really cared about his players, and he encouraged creativity and that‘s the kind of player that I am,” Gourley said.

She added that GCU has more of a team-oriented style than she experienced at Iowa.

“I think here, it’s more dynamic running and working off one another and just a different, more creative place,” Gourley said.

As a team, GCU’s attack dominated the WAC last season with a conference-best 60 goals. Utah Valley was the only other WAC team that even scored more than 40 goals.

The team’s creativity was a key part of that success – 59 of GCU’s 60 goals came off assists. That figure also dominated the WAC.

More importantly, those attack numbers marked dramatic progress. The fall 2021 Lopes scored four times as many goals as the 2019 team and had more than five times as many assists.

GCU won the WAC Tournament in 2021 on the strength of its attack, beating Utah Valley 3-0 in the championship match. In 2022, with players like Gourley returning, the Lopes have expectations surpassing any the program has experienced.

“I think we know what we’re capable of now,” said Gourley, the WAC Preseason Offensive Player of the Year. “I think we’re just, at the end of the day, working on us. Building team chemistry, building a team culture and translating it onto the field and hoping everything will fall into place if we just keep working hard and getting to it.”

Early in this season, Cissell said the games are getting tougher with teams playing more competitively against the Lopes.

“We’ve learned already only four games into the season we’re getting everybody’s best shot where we’re everybody’s biggest game,” Cissell said. “All of us in the soccer family are learning how to deal with that.”

But for a brief moment before recording that first win over a Pac-12 team with a program-record crowd of 3,241 fans looking on, the Lopes had a chance to gaze at their sparkling championship rings and catch a glimpse of just how far they’ve come in a very short time. 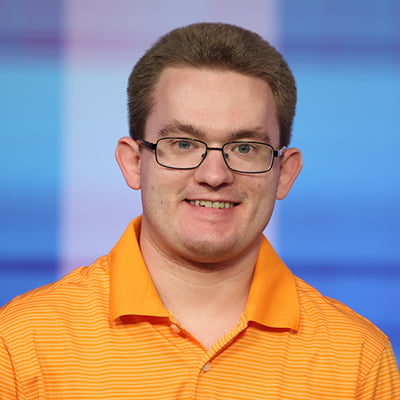