Concern over traumatic brain injuries has contributed to a dip in participation of youth football. (Photo by Tim Clayton/Corbis via Getty Images)

PHOENIX – For more than two decades, contact football has faced a concussion crisis.

Head injuries, once considered an occupational risk, have steadily gained the attention of the sports world, specifically the parents of younger athletes.

As awareness of sports-related concussions and brain injuries increases, Arizona parents have expressed apprehension about allowing their children to play contact football, according to a study published by the Barrow Neurological Institute in Phoenix. In 2016, 68% of parents allowed their kids to play football. That number has fallen each year to a low of 47% in 2020.

Football remains king among popular high school sports, but concern over traumatic brain injuries has seemingly resulted in a dip in overall participation. And as experts learn more, there’s still the unanswered question of whether playing contact football is in a teenager’s best interest.

“The biggest unanswered question is, ‘How far along are we after a concussion?’” said Dr. Jonathan Lifshitz, the director of the Translational Neurotrauma Research Program at Phoenix Children’s Hospital.

“How far are we removed from the injury? How far into recovery are we? How much longer do we have to go?

“You can put it in the context of COVID. Someone tests positive with COVID. They don’t yet know if they’re going to have mild or severe symptoms, and they don’t know how long those symptoms are going to last. And if they lose their sense of smell, that unknowing amount of time is very challenging.”

Concussions are defined by the Centers for Disease Control and Prevention as “a type of traumatic brain injury caused by a bump, blow or jolt to the head by a hit that causes the head and brain to move rapidly back and forth.”

In Arizona, the response to access to more information about concussions has resulted in parents seeking alternatives to contact football. Flag football is the most viable option.

Kerry DeSpain, the senior commissioner for the Gridiron Flag Football league, said she’s aware of the lower participation in contact football among high schoolers and is well-equipped to offer a safer route to athletes. 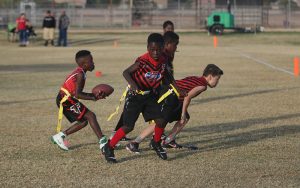 Many parents are steering their children toward flag football out of fear off head injuries. From 2014 to 2018, flag football participation at all levels rose by just more than 16%. (File photo by Cassidy McCauley/Cronkite News)

“So we saw increased enrollment because of concerns about tackle (football) and concussions and all that,” DeSpain said. “Since 2016, we’ve been working to adjust to the newfound volume so that we can accommodate everyone accordingly.”

Youth sports provide an outlet for children and teenagers to learn character development, accountability, working within a team environment and dealing with adversity. It is imperative to keep adolescents safe and make the changes necessary to prevent traumatic brain injuries that may result in long-term psychological complications. Replacing contact football with flag football accomplishes just that.

“It’s growing,” DeSpain said. “Over the last couple of years, we’ve seen more junior highs starting their flag football teams. They’re not quite there yet, but it is growing.”

In areas where flag football isn’t a viable solution, advanced tools are being implemented to measure the effects of concussions on the brain and estimate a safe timetable of recovery. ImPACT testing, also known as baseline testing, is done at Arizona’s middle and high school levels after an apparent concussion to gauge an athlete’s impairment. ImPACT testing checks for IQ, memory and reaction time.

“It’s one of the things (that’s done) nationwide, and it’s used in concussion research all the time,” said Dr. Christina Stough of OneAccord Physical Therapy. “It’s not the best concussion tool, but it will at least give you some prediction of what your function was preconcussion.

It is important to note that the perception of concussions has dramatically changed over the years. In 1994, NFL commissioner Paul Tagliabue created the Mild Traumatic Brain Injury Committee and appointed New York Jets team physician Elliot J. Pellman as chairman.

“Concussions are part of the profession, an occupational risk,” Pellman said in an interview with Sports Illustrated.

Although injuries may be baked into football by nature, the increased awareness of the different forms of brain injuries has caused concern surrounding the overall safety the sport, the most concerning for Arizona parents being the link between concussions and chronic traumatic encephalopathy (CTE). 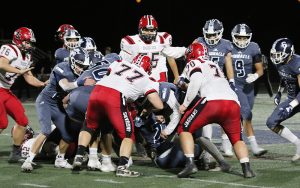 In a study, the Boston University Research CTE Center linked CTE to both repetitive brain trauma, such as concussions, and subconcussive hits. The study concluded that for every 2.6 years of playing contact football, the risk of an athlete developing CTE doubles.

“So the concussion research right now is trying to figure out whether that CTE is related to concussion and impact in chronic concussions, or is it normal people playing football?” Stough said.

“These football players are hitting their heads too many times, they’re going crazy, they’re killing their wives, they are taking their lives type of stuff. So the concussion rap has gotten very bad. So that push away from letting your kids play has gotten extremely large.” 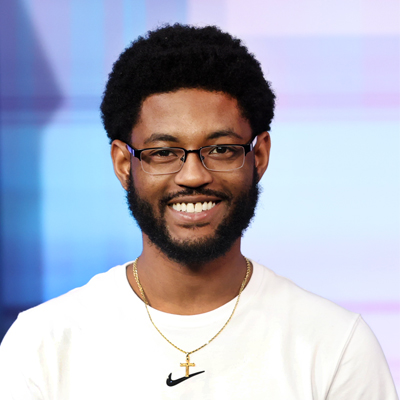