LOS ANGELES – Angel City FC had just finished a big victory over the rival San Diego Wave and forward Sydney Leroux celebrated on the field. In the middle of the excitement were her two smiling children, who came on the pitch for hugs.

Cassius, 5, and Roux, 3, embraced their star mom in what has become a regular postgame ritual.

“I think when the kids go out on the field after the game, they think that all of the fans and the supporters are there for them,” Leroux said.

An alumni of Sereno Soccer Club and Horizon High, Leroux now lives as a single mom in Los Angeles, where she knew her children would have to adjust in a new environment after a trade from the Orlando Pride in June. Luckily, finding new playground buddies carries a similar approach to life as a professional soccer player.

The National Women’s Soccer League is home to roughly 260 players. In 2019, there were seven moms on active NWSL rosters, including Leroux. Angel City head coach Freya Coombe believes that mothers who play professional sports prove that a woman does not have to choose between children and career.

“Having and seeing moms play soccer is so important,” Coombe said. “The visibility of now we’re getting more moms, whether it’s the national team’s stars or former stars that are having children and being able to balance it, I think it’s massive for the game moving forward.”

Leroux is the first mom on the ACFC roster, and Coombe thinks the support from clubs for players who are mothers will only help the sport continue to grow.

“You can be a mom, play at the highest level, and (to) get the support from your club is huge,” Coombe said. “I think that’s a step forward for everyone involved in the game, and I think that is the way we are going to get more women involved in the sport.”

Angel City forward Claire Emslie is the most recent addition to the team, however, she had previously shared the locker room in Orlando with Leroux, whose influence has been impactful since they first met as teammates.

“I was lucky to play with Sydney in Orlando,” Emslie said. “When I first met her, I saw Roux. Her little girl was just like a newborn baby. So to see her in the changing rooms breastfeeding before a game and stuff I was just so inspired. … I want to have kids myself one day and it’s really opened my eyes to think you can have kids and play.”

Leroux, who was born in Canada, announced the birth of Roux, her second child, in November 2018. She had continued training for Orlando during her pregnancy; photos of her working out at five months stirred a salty debate on social media over whether mothers can handle being athletes.

Instagram users said she was putting her child in danger. Others questioned her intelligence.

But Leroux wasn’t phased and released a mini docuseries with The Players’ Tribune titled “Bad as a Mother.” The eight-episode series details her journey throughout her second pregnancy and getting back in shape to return to the game.

Leroux tweeted in March 2019 that most of the negative comments about her photographs had come from men.

“I don’t play for the money honey,” she tweeted. “I play because it brings me joy.”

I have yet to respond to some of you ignorant people but this one made me lol. 99% of those that have criticized my ‘training’ have been men. Until you push a baby out of your vagina you need to sit this one out. I don’t play for the money honey, I play because it brings me joy. https://t.co/bCDTiolaC9 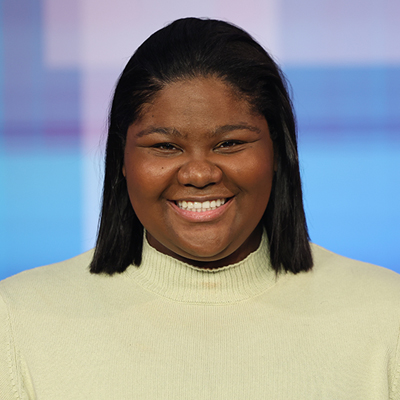 Victoria Samuels expects to graduate in December 2022 with a master’s degree in sports journalism. Samuels has reported for Cronkite News Sports LA.